A Massachusetts man who thought he was making arrangements with a Grand Rapids woman to have sex with her two minor daughters was actually conversing with police. 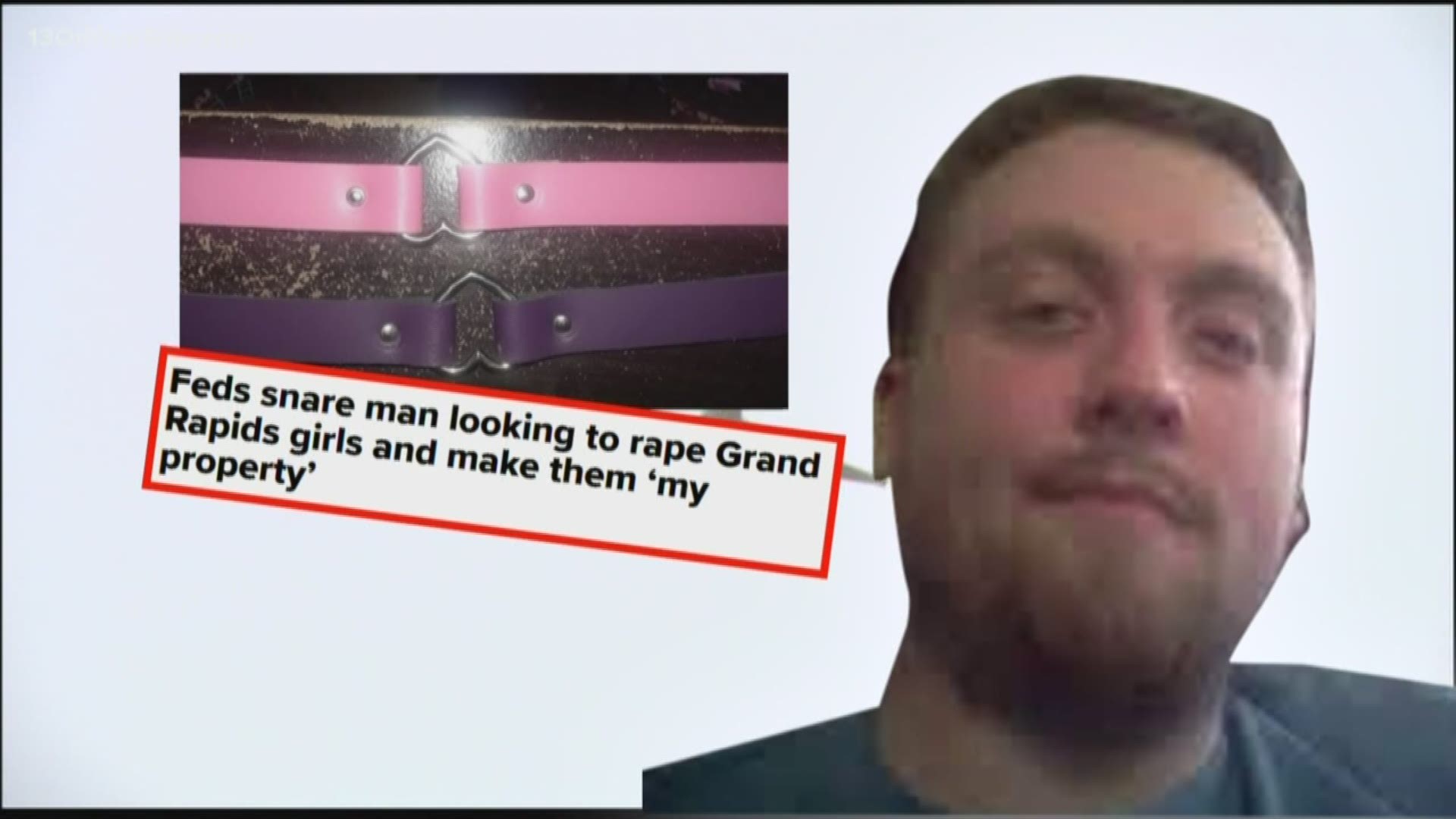 GRAND RAPIDS, Mich. — A Massachusetts man has admitted to flying to Grand Rapids earlier this year to have sex with two girls, whom he also wanted to fit with collars “as a signature of ownership,’’ federal court records show.

“I mean if I get my way, they’ll be my property,’’ Jonathan Ryan Ledoux wrote to an undercover agent posing as a single mother. “I love using collars as a signature of ownership.’’

Ledoux appeared in federal court in Grand Rapids on Thursday, Oct. 17,  where he pleaded guilty to attempted coercion and enticement of a minor. In exchange for his plea, a second charge will be dismissed.

Ledoux faces a minimum of 10 years in prison – and up to life, when he returns to court for sentencing. The conviction also requires that he register as a sex offender. A sentencing date has not been set; he remains in federal custody.

The case has been delayed while Ledoux underwent a psychological exam to determine if he understood the charges against him and could assist in his own defense.

A U.S. magistrate judge last week ruled that Ledoux was competent. That set the stage for a plea agreement, which Ledoux signed on Monday, Oct. 14.

Ledoux has been locked up since his March arrest at Gerald R. Ford International Airport as part of a Homeland Security Investigations probe into child sexual exploitation.

Bauer presented himself as a single mother of two girls, ages 14 and nine. He received a private message from a man who used the name DeviantNerd42.

That man was later identified as 30-year-old Jonathan Ledoux, who was living in Fall River, located south of Boston.

“I definitely would like to find a woman like you with some young girls to play with,’’ the man wrote, according to a criminal complaint filed earlier this year.

RELATED: Man who wanted to brand teen as 'property' nabbed at airport

“I’d love to breed them if I could,’’ and “don’t you think it’d be fun having a roommate to . . . rape your little girls every day,’’ he wrote, followed by a winking emoticon.

In a March 18 exchange, Ledoux wrote: “If I’m going to jail for this then I might as well get it over with.’’

That happened four days later. Ledoux was arrested early the afternoon of March 22.