He is currently being held without bail and will not be released until at least Monday. 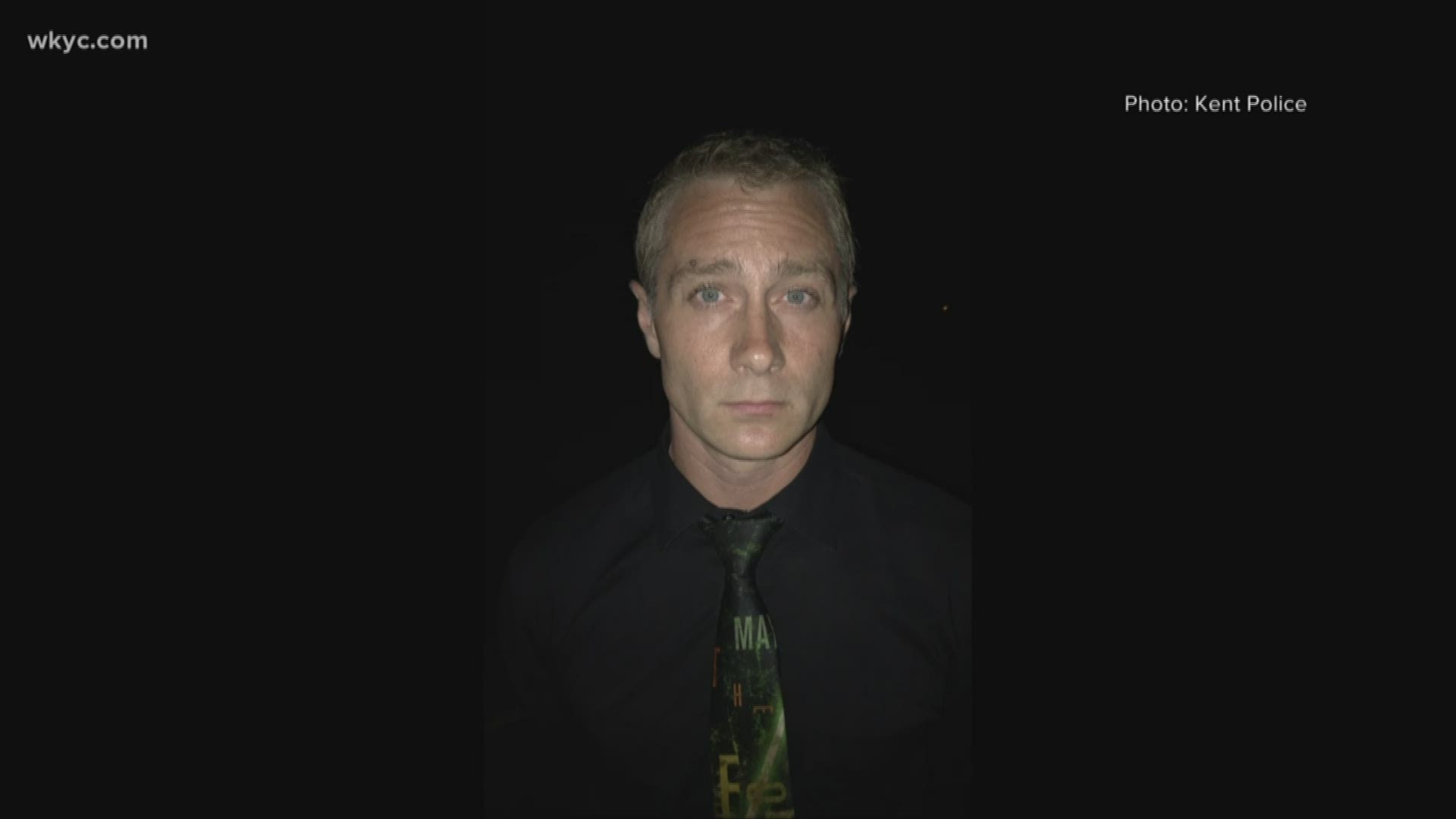 Steven Franzreb, 43, was taken into custody around 10:30 p.m. Friday night just hours after investigators learned of his identity. The U.S. Marshals service assisted the Kent Police Department in the arrest in Broadview Heights at a restaurant where he worked.

Franzreb is accused of several bizarre crimes which apparently began in August, when police say he showed up completely naked outside Alpha Phi's house and rang the doorbell. He allegedly later sent suggestive images of himself with words like "LOSER" and "PERVERT" scribbled across his body, and then returned to Alpha Phi on Sept. 22 wearing only a Speedo. He was captured by a Ring.com camera that time, with the same writing on his body.

Just eight days ago, the suspect was spotted again, this time outside Delta Gamma touching his genitals. A Ring.com cam also captured him that time, and a woman's voice could be heard on a cell phone he was holding asking, "Are you scared?" Authorities have not mentioned if that person could also face penalties.

Franzreb is currently being held without bail and will not be released until at least Monday. He is charged with a fourth-degree felony of menacing by stalking, meaning he could face up to 18 months in prison if convicted.

Kent State University released the following statement on the matter:

"On the evening of Oct. 11, the city of Kent Police Department made an arrest in the incidents involving a prowler outside sorority homes affiliated with Kent State University. As our students return to campus from fall break, we hope this will give them peace of mind.