Officers say a group of thieves broke into Woodland Mall and were found hiding in a southeast Grand Rapids neighborhood. 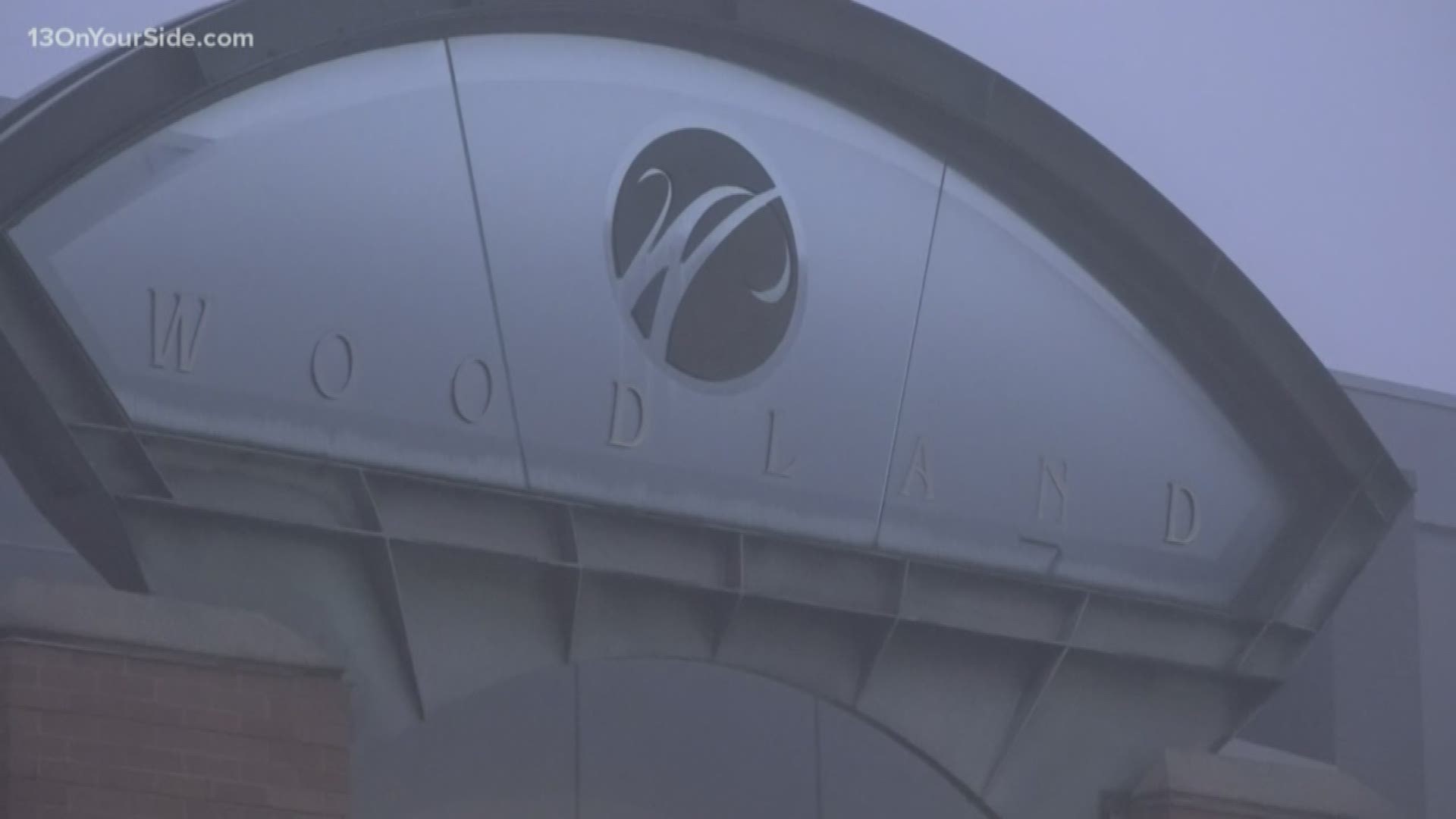 GRAND RAPIDS, Mich. — Officers have taken three teenagers into custody after they say the group broke into the Woodland Mall and stole cell phones and jewelry early Friday morning.

According to Capt. Bryan Litwin with the Kentwood Police Department, the situation started at the mall, located at 3195 28th St. SE, around 4:30 a.m.

Three teen suspects, two 15-year-olds and a 16-year-old, shattered a glass door near Macy's to gain entry. An alarm at the AT&T store was tripped and officers responded to the area.

Police say the teens stole from numerous kiosks in the mall, making away with items including cell phones, jewelry and some clothing. In a press conference Friday morning, Litwin said mall security officers saw a group of people taking items outside the mall to a van in the parking lot.

That van left the mall headed west on 28th Street. Authorities following the van to Chamberlain SE before losing sight of it on a side street. Using pings from the stolen cell phones, police were able to trace three of the suspects near Englewood Avenue SE and Shangrai La Drive SE.

Credit: Angela Cunningham / 13 OYS
Grand Rapids Police are on scene of a situation on the city's southeast side. Not many details have been released as to why they are there or who they may be looking for.

Litwin said the teens ran off from their hiding spot behind a home and K-9 units were able to track them down. As a result, officers were able to arrest the three teens. Litwin said officers also recovered some of the stolen property from the mall behind the home where the boys were hiding.

Investigators are working to get a search warrant for one of the homes where a suspect lives. Litwin said investigators do believe there may be one or two other suspects still on the loose, who are also juveniles. The van in the incident was later recovered just south of the Shangrai La Drive, it was unoccupied and reported stolen to the Kent County Sheriff's Office.

Litwin said they have reason to believe this situation may be linked to the cell phone store break-ins that have happened in recent weeks.

The monetary value of the stolen mall items is not yet known.

The investigation is ongoing, Kentwood Police are being assisted by the Grand Rapids Police and the Kent County Sheriff's Department.

Woodland Mall provided this statement on the break-in:

We are grateful for the fast work of our security firm, Allied Universal, and to Kentwood Police Department, for their quick response to this morning’s break-in. We are cooperating fully with KPD in its investigation and look forward to those responsible for the robberies to be brought to justice. 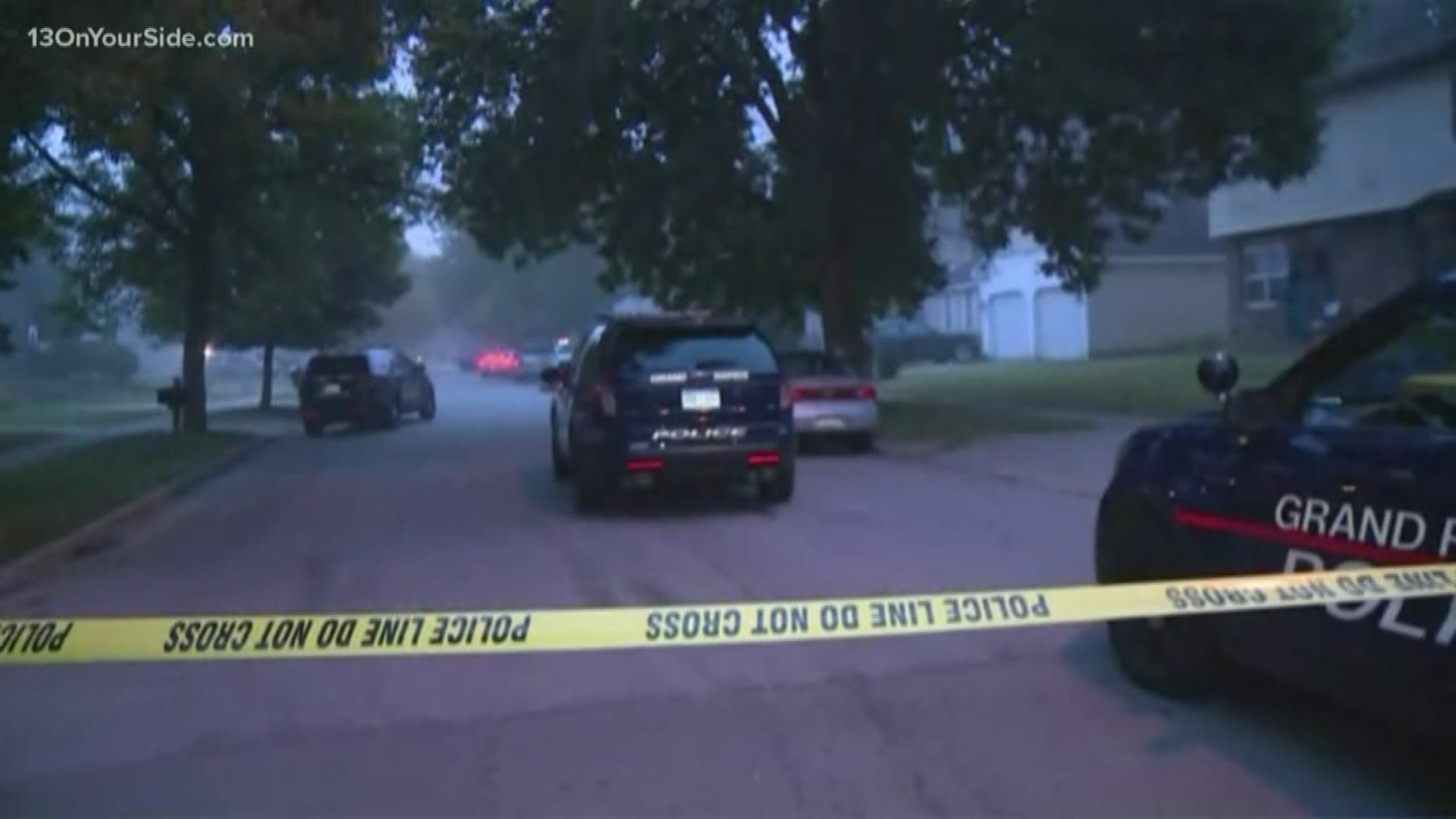 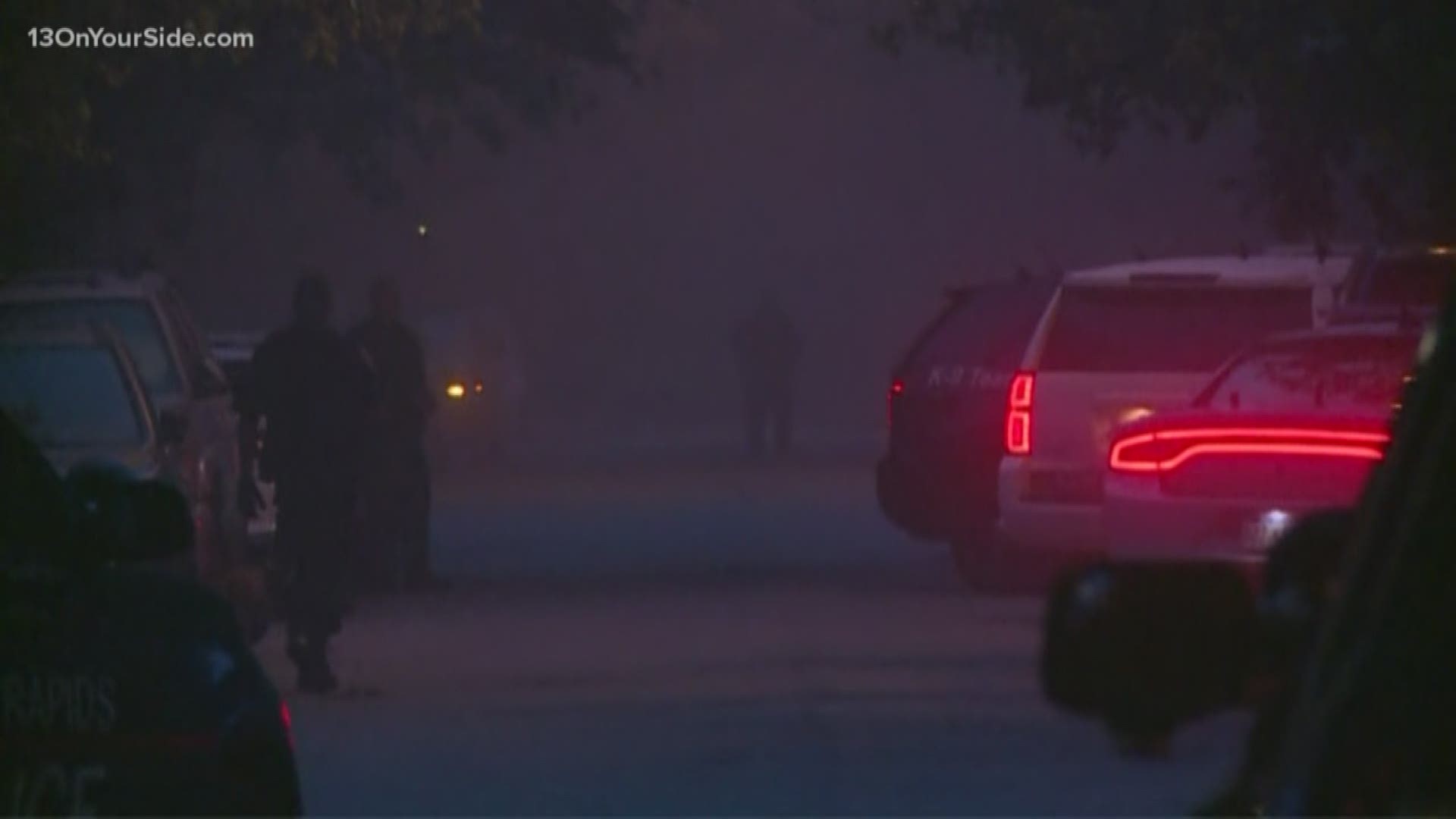