In the preliminary hearing, 15 witnesses testified before the defendants decided to waive the remainder of the hearing. 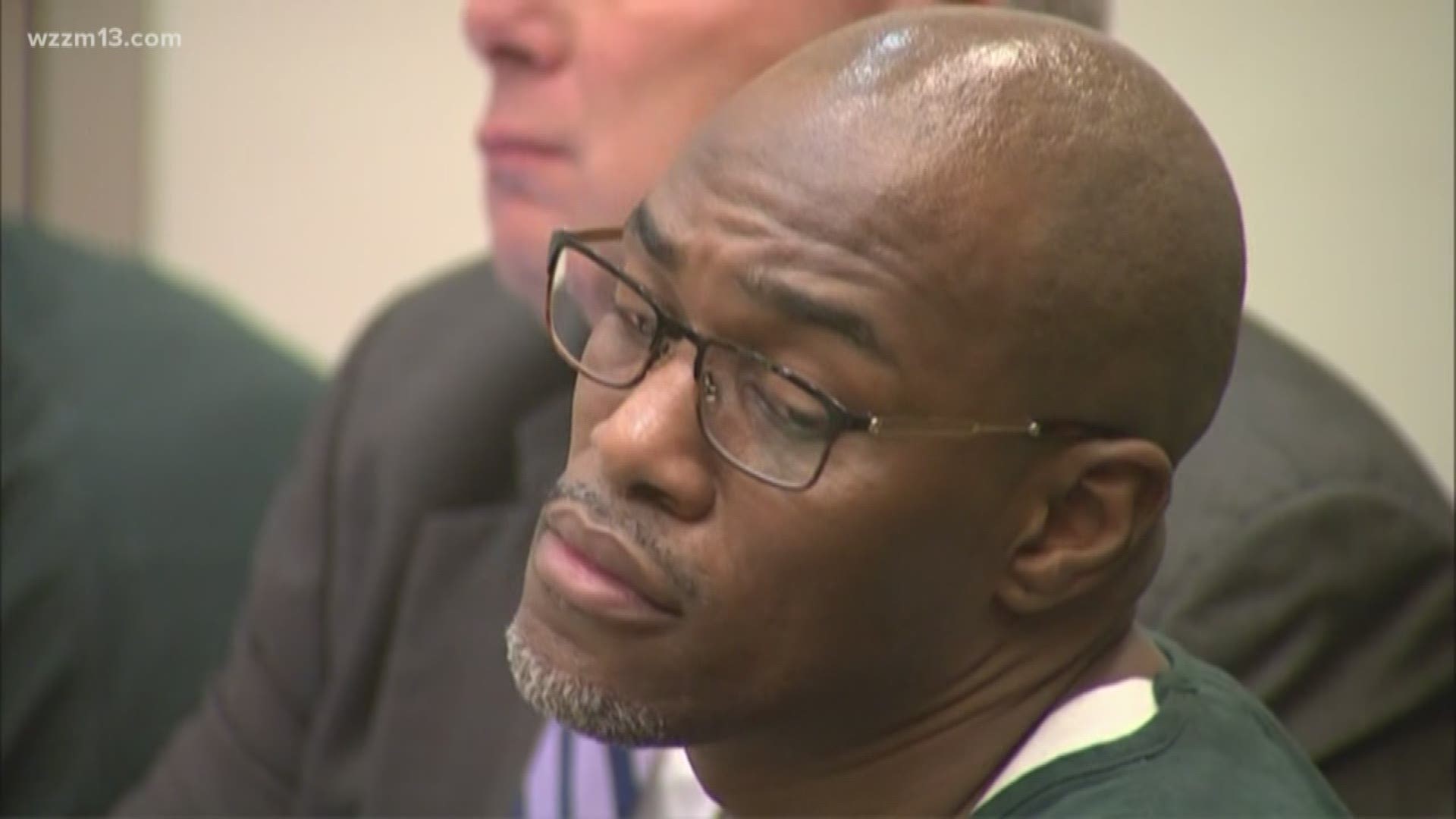 GRAND RAPIDS, Mich. - Quinn James will be heading to trial for the murder of Mujey Dumbuya. James, 42, was arrested in March for the 16-year-old's murder.

James and Gerald Bennett, 58, were both in the 61st District Court in Grand Rapids for a preliminary hearing on Friday. After hearing from 15 witnesses, the defendants waived the remainder of the hearing, sending the case to trial.

Before Dumbuya's death in January, she was expected to testify against James in a rape trial. He was accused of repeatedly raping Dumbuya. The 16-year-old attended East Kentwood High School where James was a maintenance worker before he was fired once the school learned about the 2017 criminal sexual conduct charges against him.

Prosecutors brought several witnesses to the stand including two current prison inmates. One man, Lenard Conyers, asked not have his face on camera. He says James told him while the two were in jail that he couldn’t let Dumbaya take the stand against him in the rape case. Conyers said James told him he’d face 25 years if he was convicted and he’s already 50 years old. Conyers continued to tell prosecutors that James wanted to "get rid of her" and that he was going to "get someone from Detroit to do it."

Conyers said one he saw the article in the newspaper that her body had been found, he read a blurb from Dumbayas family quoted "don’t let this case go cold." It was that statement that he said urged him to come forward with what James had told him.

"I did it for the little girl," Conyers said.

Another inmate, Darren Eckford was also called to the stand. Eckford said he and James served prison time together several years ago and considered James a best friend.

He said James asked him for help in finding someone to help him "take care of someone." Eckford said James indicated that the someone he was referring to was a male. Eckford told James he’d look around before suggesting "Roach," the nickname for Gerald Bennett.

Eckford said Bennett agreed until he found out "that man wanted me to do a little girl, I ain’t into that."

Dumbuya was found dead in a wooded area in Kalamazoo having died from of asphyxiation, including strangulation.

James is charged with first degree murder in Dumbuya's death, and Bennett is accused of lying in the murder case and of helping James get rid of the body.