When asked by the prosecutor if he had anything to do with Jessica Heeringa's disappearance, Dakotah Quail-Dyer said, "No, I did not." 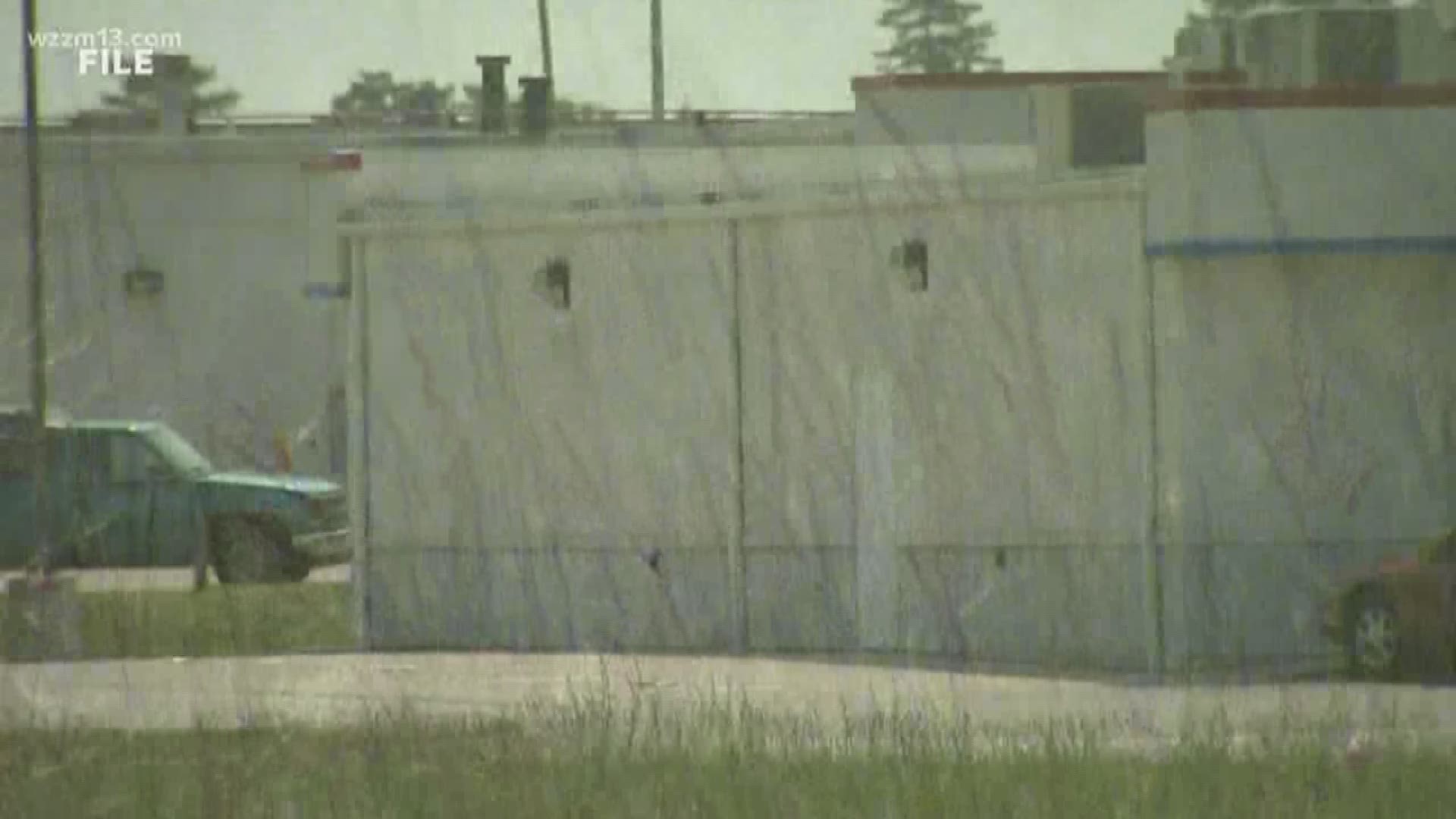 MUSKEGON, Mich. – The second day of witness testimony has wrapped up in the Jessica Heeringa murder trial.

Jeffrey Willis, 48, is charged with open murder and kidnapping in the case.

Heeringa was last seen at the ExxonMobil she worked at in Norton Shores on April 26, 2013. Her body has never been found, a fact the defense is centering their arguments around.

So far, Muskegon County Prosecutor D.J. Hilson has called 19 witnesses. A total of 30 are expected from the prosecution.

Tuesday's witnesses consisted of various law enforcement officials, a doctor, two of the defendant's coworkers, and most notably, Heeringa's boyfriend and witnesses from the night she went missing -- including a friend of Willis.

Dakotah Quail-Dyer was asked about his relationship with Heeringa, their son, drug use and financial woes. Dyer told the court the couple was living paycheck to paycheck and he was unemployed at the time of Heeringa's disappearance.

Overall, he described their relationship as, "rocky and on and off." He said they had jealousy issues and drug problems -- including marijuana, methadone and heroin. Dyer admitted during one argument, things got physical.

Despite their problems, Dyer said Heeringa was a good mother and had a great relationship with their son. He said he had no reason to believe she would ever willingly leave him behind, especially without telling anyone where she way going. He also said though he believed she was talking to other men, she was never in a relationship with anyone else while seeing him.

When asked by prosecutor Hilson if he had anything to do with her disappearance, he said, "No, I did not."

When questioned by defense attorney Fred Johnson, Dyer said he knew Heeringa kept a journal, but he didn't read it -- not until she went missing. The journal was given to police.

Johnson asked Dyer if he knew Jessica had a cell phone of her own, in addition to the one she shared with him. He said he did not know that until the preliminary hearing in this case. He also told Johnson that Heeringa told him she had skimmed some cash from the Exxon station when she needed it.

Susan Elliot Mosley, a regular customer at the gas station, had a lot to say about a, "creepy, creepy dude," who was often at the store the same time she was. She got such a "bad vibe," from the man that she stopped visiting as much.

When she asked Heeringa about the man, she said she didn't seem bothered by him and overheard her tell him, "You need to behave or you won't be able to come and visit with me in the evening."

Ultimately, she was asked if that man was Willis. She said no.

"I relive it every day," said Craig Harpster, the man who found the Exxon station empty, but open on April 26, 2013.

Harpster said there were two vehicles outside the station when he got there. He claimed one of them was Heeringa's. He went inside the station after he wasn't able to start pumping gas, he went inside to see what the problem was. He explained the inside of the store as open, well lit -- and without any sign of a struggle.

After realizing no one was there, Harpster said he, "Felt like leavin', but my gut said call 911, so that's what I did."

The prosecution wanted to question Carl Wauer Jr. next. Wauer said he had played cards with the defendant for about a decade. They played the card game called "Magic" together somewhat regularly on Friday nights at a game room that was, at the time, in The Pointes Shopping Center. Also in the center was "The Big Game Room" where Wauer was playing poker the night of April 26, 2013.

The shopping center is kitty-corner to the gas station.

Wauer told prosecutor Hilson he left his poker game to walk down to the Magic tournament and saw Willis. He was playing in the tournament. He also said he saw Willis' minivan in the parking lot. Wauer said the last time he saw Willis that evening was between 9:30 and 9:50 p.m.

Wauer said he didn't leave The Big Game Room until around 1 a.m. At that time, the Exxon station was filled with police cruisers.

The final witness of the day was Eric Barber. Barber's wife at the time also worked at the gas station, but she had the night off. Because it was a nice night, Barber said he and his wife took their motorcycles out for a ride.

On their ride, they passed the Exxon station. That's when Barber told the court he saw a silver minivan driving around the building, toward the back. He said he saw the lights of the van turn off while it was turning the back corner of the building. Just down the road, his wife told him something didn't look right and she wanted to go back to the gas station.

When they returned, they took the service road next to the building, back to the shopping center's parking lot.

They parked their bikes. Barber said there was no light on the back of the building -- the only light he could see appeared to be coming from the hatch of the minivan. It illuminated multiple times, when the rear hatch was raised.

Shortly after, the van left the station, taking the service road right in front of Barber and his wife.

The two followed the van to the end of the service road, to Old Grand Haven Road. The van turned right (north) and the couple turned left (south) to go home.

When they got home, they got a phone call from Follett's boss and returned to the gas station for questioning. Neither of them got the license plate of the van. When asked, Barber said it was the one in the photo Hilson showed him from evidence, belonging to Willis.

Barber was excused from the witness stand and Judge Marietti called it for the day.

Jurors were asked to return at 9:30 a.m. Thursday to continue.

Kayla Fortney is the senior multi-platform producer at 13 ON YOUR SIDE. Have a news tip? Email news@wzzm13.com, visit our Facebook page or Twitter.