A Battle Creek woman will travel to Florida to witness the execution of James Dailey—one of the men convicted in the 1985 killing of her cousin, Shelly Boggio. 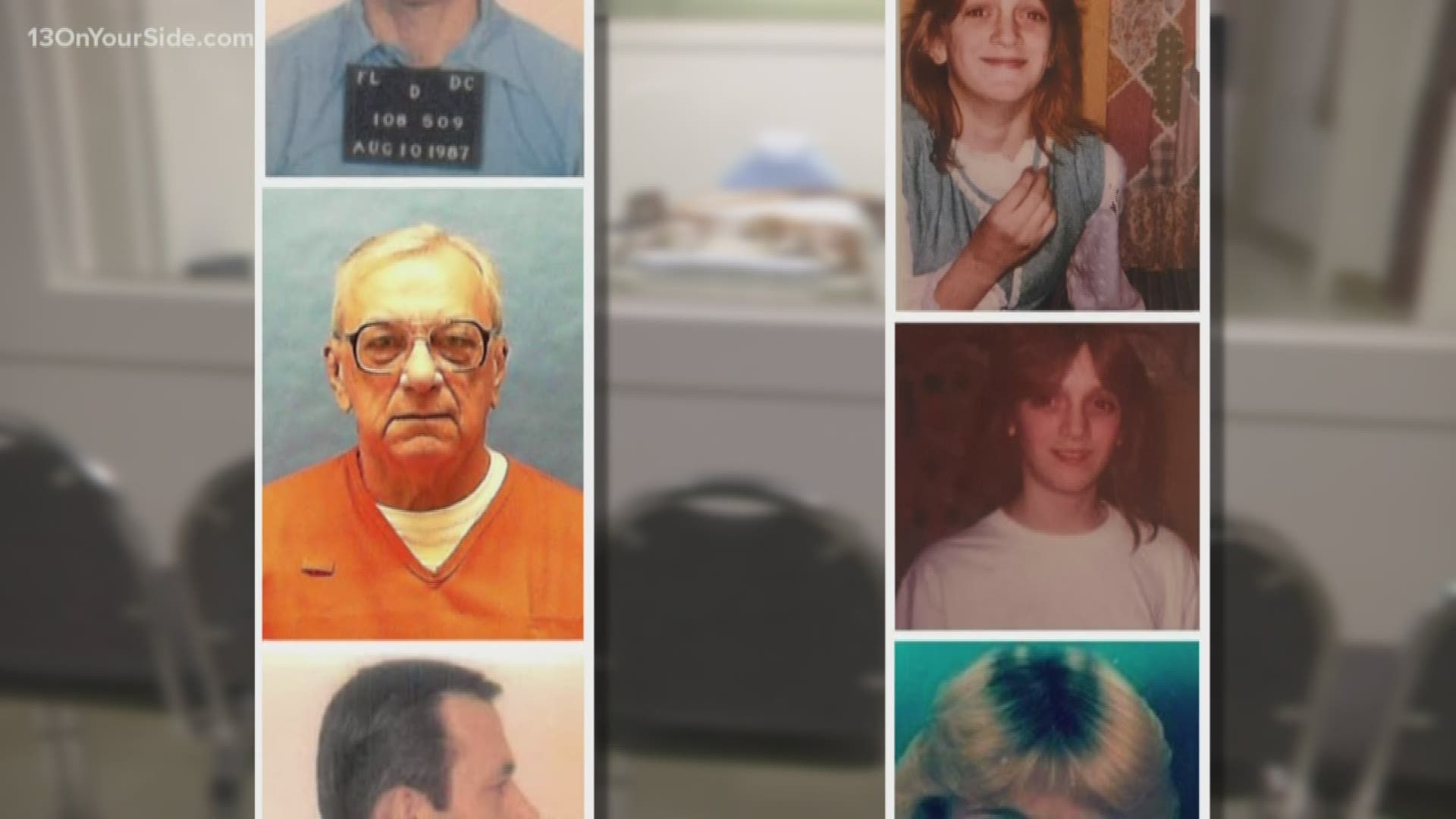 BATTLE CREEK, Mich. — More than three decades after a Battle Creek teen was brutally murdered in Florida, a family member is saying, "The long-awaited justice is finally about to be served."

One of the co-defendants convicted of the crime, James M. Dailey, 73, has been awaiting execution on Florida's death row since 1987.

Credit: Florida State Prison
James Dailey was convicted and sentenced to death for the murder of Battle Creek native Shelly Boggio, 14, on May 5, 1985.

During the decades since, his legal team has filed numerous appeals, and more recently his attorneys say new evidence has surfaced that casts doubt on Dailey's guilt.

"For 34 years, this man has been able to torture my family," said Andrea Boggio, who lives in Battle Creek and is a first cousin to the victim, Shelly Boggio. "This has been my whole adult life.

Credit: Andrea Boggio
Shelly Boggio, 14, and her family moved from Battle Creek to Kenneth City, Fla. in 1984. Shelly was brutally murdered near there May 5, 1985.

It began in 1984 when Frank and Sherry Boggio, along with their twin daughters, Shelly and Stacy, moved from Battle Creek to Kenneth City, Fla.—8 miles northwest of downtown St. Petersburg.

The family barely had a chance to settle into their new home state before their lives would change forever.

According to court documents, on the evening of May 5, 1985, Shelly, Stacy and another girl, Stephanie Forsythe, were with two men—James Dailey and Jack Pearcy. The next day, Boggio's mutilated body was pulled from the Intracoastal Waterway in Indian Rocks Beach. The documents went on to say Boggio was beaten, choked, stabbed 31 times and held underwater until she drowned.

"She had 18 defensive wounds on her hands so she fought for her life," said Andrea Boggio. "She was a 14-year-old girl trying to take on two men."

A knife found in the water near Boggio's nude body was said to belong to Pearcy. When questioned later, Pearcy told detectives that Dailey killed the girl.

Jack Pearcy, 64, stood trial in November 1986. He was convicted of first-degree murder. The state sought the death penalty but a jury recommended a life sentence.

Credit: Sumpter Correctional Institution
Jack Pearcy was convicted of first-degree murder for killing Battle Creek native Shelly Boggio, 14. He was sentenced to life in prison for the crime.

Pearcy is serving his time at Sumter Correctional Institution in Bushnell, Fla.

Dailey, too, was found guilty of first-degree murder. His conviction was largely based on testimony from three jailhouse informants, claiming that Dailey shared graphic details of the murder.

Credit: WTLV
James Dailey during his 1987 trial in Pinellas County, Fla. for the murder of a 14-year-old Battle Creek native, Shelly Baggio.

No physical evidence or eyewitness testimony linked Dailey to the crime. The jury recommended Dailey get the death penalty.

"I saw all the crime scene photos," said Andrea Boggio. "It's horrible what they did to her."

During the decades since, Dailey's legal teams have filed numerous appeals. The case has been tried twice, with two different juries recommending Dailey get the death penalty.

In 2017, Dailey's attorneys argued new evidence suggested that Dailey, a U.S. Air Force veteran who served three tours in Vietnam, was innocent of the murder. Jack Pearcy signed an affidavit that read in part, "James Dailey was not present when Shelly Boggio was killed. I alone am responsible for Shelly Boggio's death."

Credit: WZZM
In 2017, Jack Pearcy signed an affidavit saying that he alone was responsible for Shelly Boggio's murder, but then invoked the Fifth Amendment.

Credit: WZZM
In 2017, Jack Pearcy signed an affidavit saying that he alone was responsible for Shelly Boggio's murder, but then invoked the Fifth Amendment.

But when Pearcy was called to testify in court in early 2018, he said that certain statements in the affidavit weren't true and then invoked the Fifth Amendment right so he didn't incriminate himself.

In September of 2019, Florida's Governor Ron DeSantis signed Dailey's death warrant and Dailey was scheduled to be executed by lethal injection on Nov. 7. Soon after, Dailey's legal team, which handled his state-level appeals, withdrew from representing him in federal court. A judge appointed a new legal team from the federal public defender's office. They tried to rapidly review the case, but said that the imminent execution date didn't allow the time necessary for them to fully review the case.

Federal law allows for a 90-day stay of execution when these circumstances occur, so a judge imposed a stay until Dec. 30.

"He's a liar," said Andrea Boggio, referring to Dailey. "A person on death row is going to continue to try not to die.

"This needs to end. [Dailey] has tormented us for 34 years—my entire adult life."

The development of new evidence in court documents has triggered some advocacy groups in Florida, like the Innocence Project of Florida, and members of the Catholic Diocese of St. Augustine, to call for Dailey's exoneration.

"How are we going to be at peace if we kill an innocent man," said Dale Recinella, who is an attorney turned death row chaplain, and a world-renowned author on the death penalty. "I believe [Dailey] is innocent based on everything I've been able to experience and read."

Deacon Corky Hecht, who is the Director of Prison Ministry for the Diocese says he's gotten to know Dailey quite well while ministering to him on Death Row these past few years.

Hecht, too, believes Dailey is innocent.

"He's at peace," said Hecht, referring to Dailey. "He doesn't feel the burden of guilt."

While the groups and Dailey's Florida lawyers continue to scramble to save his life, members of the Boggio family, including Andrea Boggio in Michigan, are planning to have a front row seat at Dailey's execution, if it happens.

Credit: WTLV
James Dailey was scheduled for execution on Nov. 7, 2019, but a judge granted him a stay which expires Dec. 30 so his new lawyers can review the case.

"His death would be some closure for us," said Andrea Boggio. "I know Frank [Shelly's father] would want this."

In 1992, just seven years after Shelly's tragic death, Frank Boggio, her father, passed away in Florida. Stacy Boggio-Cook, Shelly's twin sister, died there in 2006, and Shelly's mother, Sherry Boggio-Massingill, lost her battle with cancer at a hospital near her home in Haines City, Fla. in 2018.

"They never got to see this through to the justice," said Andrea Boggio. "It's up to us members who are left to do this for them.

"I have never stepped foot in the state of Florida because I'm afraid I'm going to die. I know it's not Florida's fault, but in my mind, my family all died there.

Credit: Andrea Boggio
Shelly Boggio, 14, was brutally murdered near Clearwater, Fla. on May 5, 1985. She was stabbed 31 times, beaten and drowned.

Is the state of Florida about to put an innocent man to death? Dale Recinella believes it is.

Will the few remaining members of the Boggio family get what they believe is justice for Shelly?

"He committed it; he did it," Andrea Boggio said, referring to Dailey's involvement in Shelly's murder. "Shelly isn't forgotten."

On Nov. 12, in a 21-page ruling, the Supreme Court of Florida rejected Dailey's most recent appeal for post-conviction relief. He filed the appeal claiming innocence among other objections in September after his death warrant was signed by the governor.

1 / 2
WTLV
Jack Pearcy has been serving his life sentence in a Florida prison for killing Battle Creek native Shelly Boggio since being convicted in 1986.

Dailey's attorneys have until Dec. 30 to make their appeals in court. They are trying to request a new trial so they can enter new evidence, including new witness testimony and Pearcy's affidavit.

"It's not fair that [Dailey] keeps getting chances," added Andrea Boggio. "I don't have any pity for him at all, and I won't." 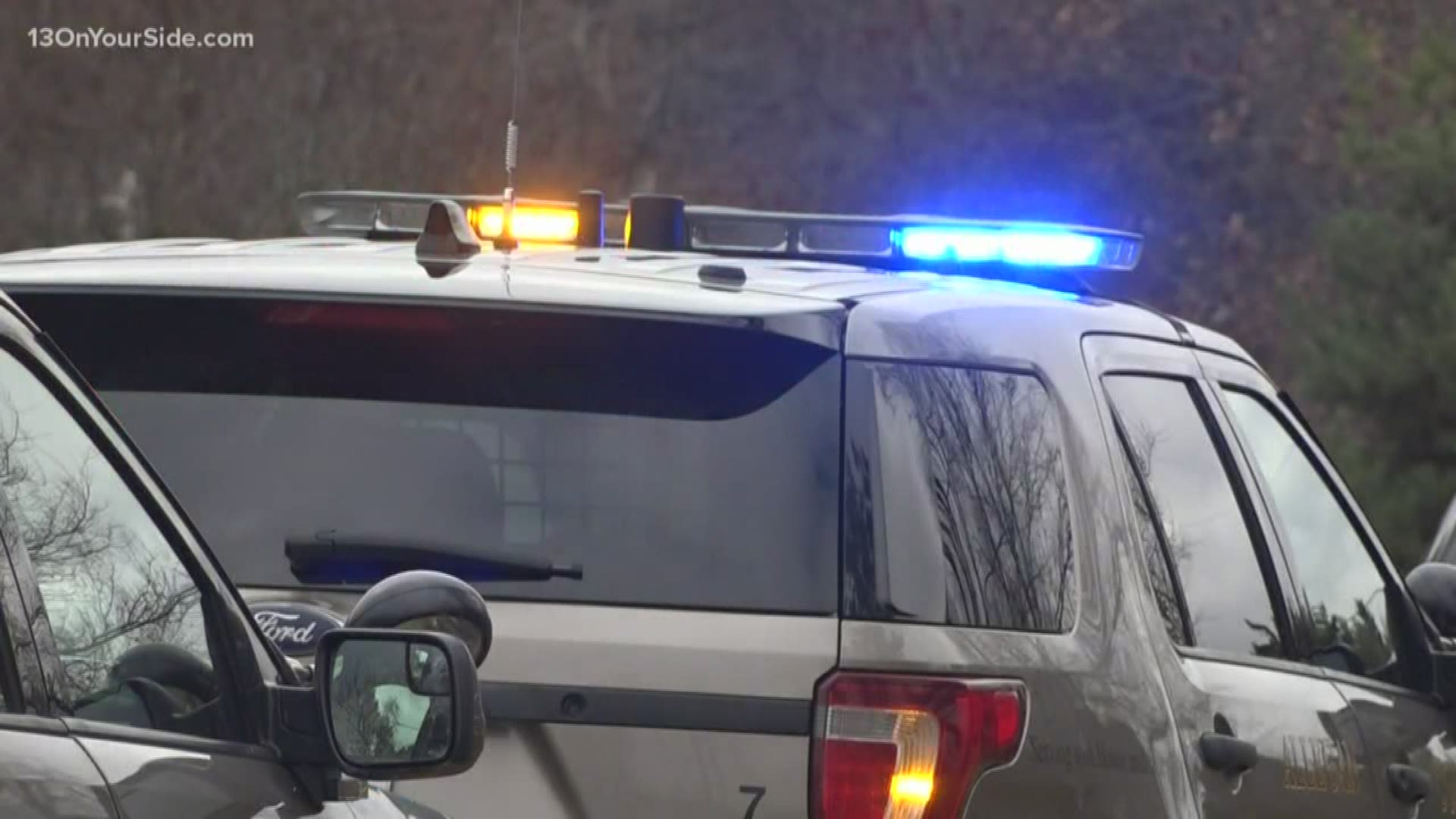 Other stories from 13 ON YOUR SIDE: