"Those bailiffs were heroes." 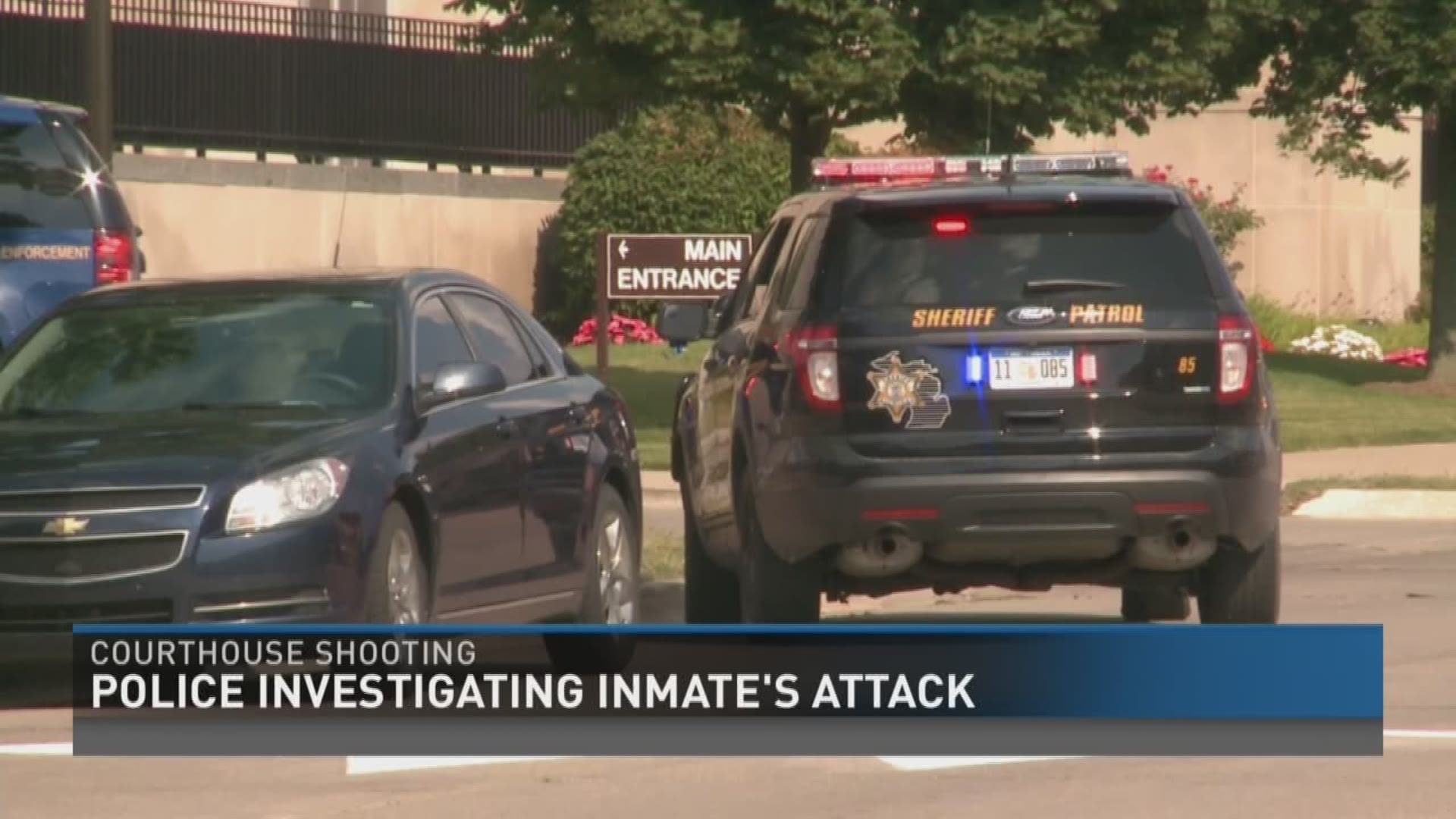 Two well-respected court officers in southwest Michigan and beyond were killed Monday, July 11, when an inmate disarmed an officer and opened fire in the Berrien County courthouse.

New information Tuesday revealed the suspect, 44-year-old Larry Gordon, was handcuffed in the front throughout the entire incident.

Initially, Sheriff Bailey said it was unclear whether or not Gordon was handcuffed, explaining each inmate is cuffed based on the situation. Some are cuffed before transport and some are cuffed when they enter the courtroom.

Joseph Zangaro, 61, and Ronald Kienzle, 63, are identified by police as those who were shot and killed. Both spent years of service in the law enforcement community.

"Those bailiffs were heroes." Bailey said the situation could have been a lot worse without them being so brave and running toward gunfire.

Gordon acted out when he was being transported by Deputy James Atterberry Jr. from the courtroom to a holding cell. Despite the deputy's gun being clipped in, Gordon was able to remove it. That's when he shot Zangaro, Kienzle, Atterberry and Kenya Ellis.

Zangaro and Kienzle were pronounced dead at the scene.

Atterberry and Ellis were both shot in the arm and are being treated at Lakeland Regional Medical Center in St. Joseph.

During the press conference Tuesday morning, Bailey said inmates are moved every day and the bailiffs and deputies are very well trained. "This is an unfortunate situation where this inmate wanted to break out and was able to overpower a deputy and get his weapon."

Sheriff Bailey also said though they are familiar with Gordon, he had never shown any type of combative behavior while in custody before Monday's "mayhem."

The Berrien County Courthouse will reopen on Wednesday with additional deputies on staff and grief counselors available to employees.

At this time, no funeral arrangements have been made.