'Simply inexcusable:' Belmont mother sentenced for running over her son 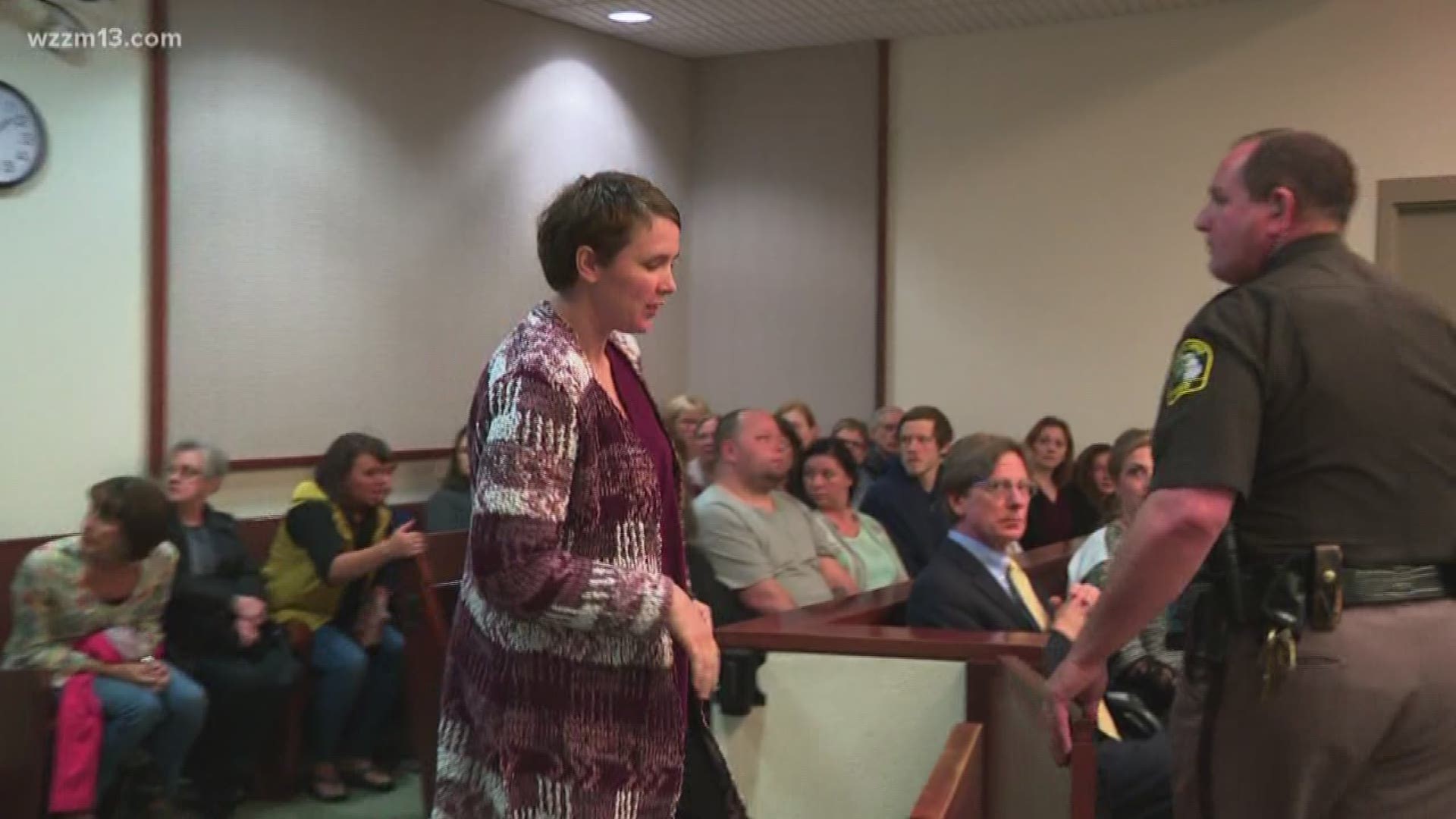 GRAND RAPIDS, Mich. — A Belmont mother was sentenced to 30 days in jail and placed on probation for five years for running over her son in a school parking lot late last year.

"It is simply inexcusable what you did," Kent County Circuit Court Judge Curt Benson told Tiffany Kosakowski on Thursday.

Kosakowski pleaded guilty in February to reckless driving causing serious injury, for the December 2018 incident. She was charged after running over her 9-year-old outside of Chandler Woods Charter Academy, where her son was a student. He suffered multiple broken bones and a fractured skull, injuries that could have killed him. He now requires constant care and physical therapy.

Benson sentenced Kosakowski after hearing from the father of her two kids. John Rodriguez said he had not seen his kids in the 5 years prior to then seeing his son in a coma at Helen DeVos Children's Hospital.

"His head covered in wires [and] tubes, and sensors in his mouth and all over his little body," Rodriguez said.

Rodriguez said his grief has been compounded by his many failed attempts to prevent this.

"For years, I have struggled to describe the behavior. So unstable, so irrational and so reckless," he said.

Rodriguez became emotional as he recounted the grim details of the police report.

"Investigators measured 47 yards, someone drove 47 yards swerving left and right to shake him off," he said.

According to court records, Kosakowski told investigators that she knew her son had followed her out of the school, and that he continued to walk alongside her car as she drove.

The document reads in part: "Ms. Kosakowski admitted to moving the steering wheel from left to right, then accelerating the vehicle knowing [her son] continued to be next to the vehicle."

The judge said he received 30 letters of support from people who knew Kosakowski from either church or school.

"Of the 30 people who wrote the letters, I'll be quite blunt with you -- I am not sure all of them would be as supportive, if they, like I, watched the security footage of this incident which is simply inexcusable," Benson said.

"It was really hard to watch, and I am not sure you would enjoy as much support as you evidently do, had that been widely distributed."

A GoFundMe page set up for the mother and her children has raised more than $3,000 in 3 months, and the courtroom was packed full with those seemingly present in support of Kosakowski. One woman even cheered after the judge handed down his sentence, which fell on the low end of the sentencing guidelines of zero to 11 months.

"All I care about is being there for my son as he recovers and supporting him everyday as I have been doing," Kosakowski told the judge.

Judge Benson also said he had no issue with Kosakowski's wish to serve her 30 days only on weekends, which she said would enable her to accompany her son to his doctor's appointments.

The fate of Kosakowski's parental rights will be determined in a separate case that will reconvene next month in front of a different judge. Both of her kids are currently in the custody of a relative.