Francisco Muniz, 39, is accused of molesting three women while working in the emergency room at Spectrum Health Blodgett Hospital 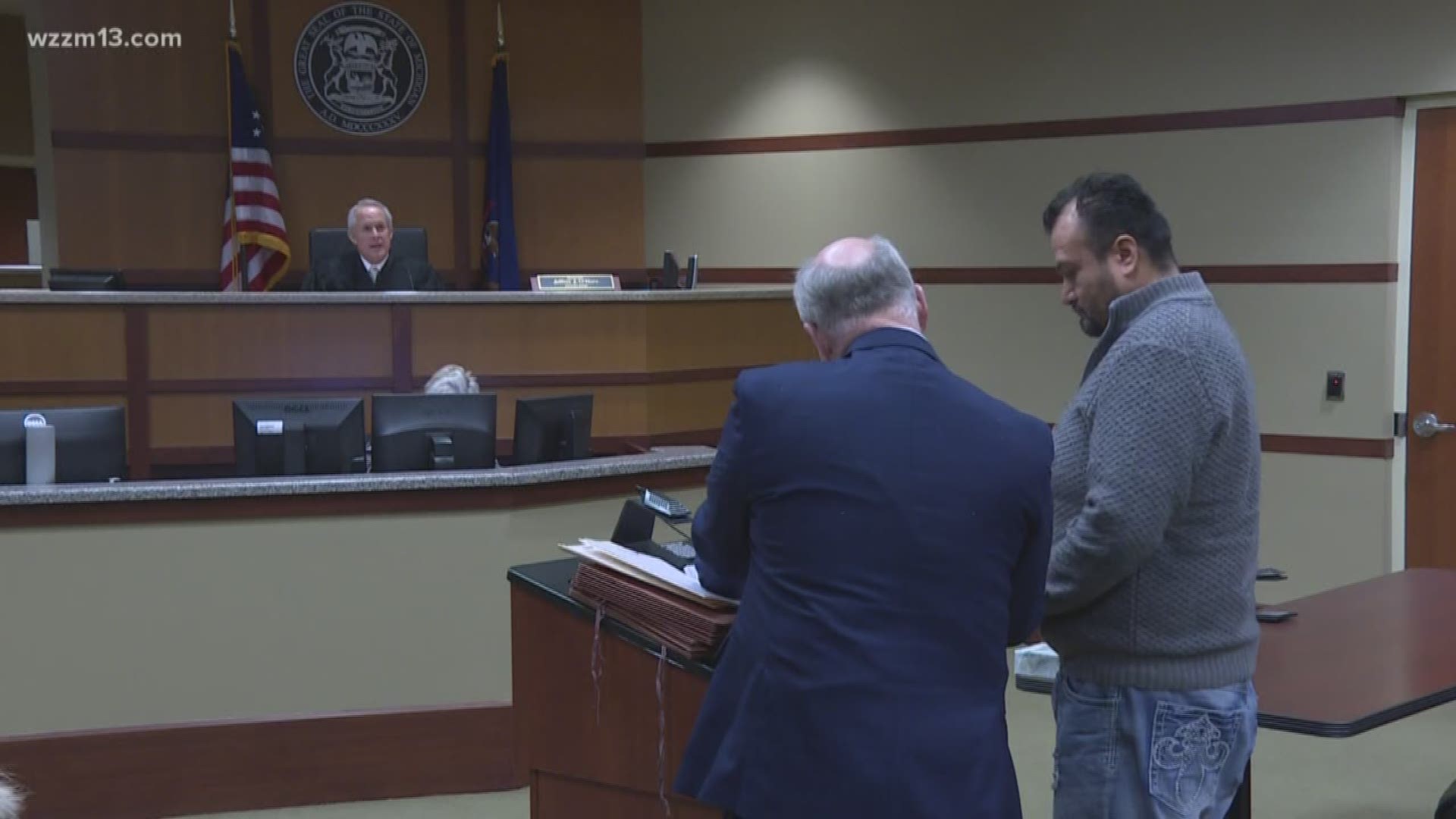 EAST GRAND RAPIDS, Mich. — Three criminal cases against a former X-ray technician at Spectrum Health Blodgett Hospital will move forward, including one filed this week involving a woman who says she was groped over her hospital gown in mid-January.

Francisco Muniz, 39, appeared in 63rd District Court on Wednesday, March 20 for a probable cause hearing on multiple counts of criminal sexual conduct.

The most serious, third-degree criminal sexual conduct, is punishable by up to 15 years in prison.

Muniz, dressed in a pullover sweater and jeans, waived his hearing, sending the cases to Kent County Circuit Court.

"The three each are now bound over to circuit court for further proceedings,’’ 63rd District Court Judge Jeffrey O'Hara said.

O'Hara told Muniz he can have no contact with his accusers.

“You may have no contact - direct or indirect - with any of the victims,'' O'Hara said. “You may not phone, text, email. No social media whatsoever.''

Outside of court, defense attorney Frank Stanley said Muniz maintains his innocence. “They may be patients, but he’s doing his job at the hospital,'' Stanley said.

If the cases go to trial, Stanley said there may be expert testimony "that this conduct may have been medically necessary and appropriate.''

Continued negotiations will take place between the defense and the Kent County Prosecutor's Office, both sides said.

"If there’s a way to resolve it fair to all sides, then there may be a resolution,'' Stanley said. "If not, we’ll be proceeding to trial.’’

Criminal charges were filed against Muniz last month. In the first case, a woman said she was being treated at Blodgett back in July when Muniz digitally penetrated her.

Muniz "put his hand under her patient gown and into her underwear,'' according to court records. He then penetrated her vagina digitally, "stating this would help with the victim's pain,'' court records show.

Muniz "stopped the assault when the victim stated that her friend would be coming back to her room,'' according to a probable cause affidavit.

Muniz was charged with third-degree criminal sexual conduct in that case.

In the second criminal case, a woman said Muniz groped her through her hospital gown during a Jan. 30th visit to  the hospital emergency room. He was charged with fourth-degree criminal sexual conduct, a high-court misdemeanor punishable by up to two years in prison.

The third criminal case was filed earlier this week alleging Muniz assaulted a woman who sought treatment at Blodgett's emergency room on Jan. 17.

Muniz was charged with fourth-degree criminal sexual conduct in that case.

Officers from the East Grand Rapids Department of Public Safety were investigating Muniz for the July assault when the most recent incidents occurred.

Spectrum Health says Muniz is no longer employed at Blodgett. It issued a statement saying Spectrum Health has "zero tolerance'' for sexual assault or sexual misconduct.

"Our focus is on the individuals who have bravely stepped forward - we recognize this is not an easy thing to do and they have our utmost respect,'' according to the statement. "We are taking action to ensure our patients and team members feel safe in our care.''

Spectrum Health will continue to "cooperate fully with law enforcement,'' the statement concludes.

Muniz, who lists an address in Greenville, is free on bond.