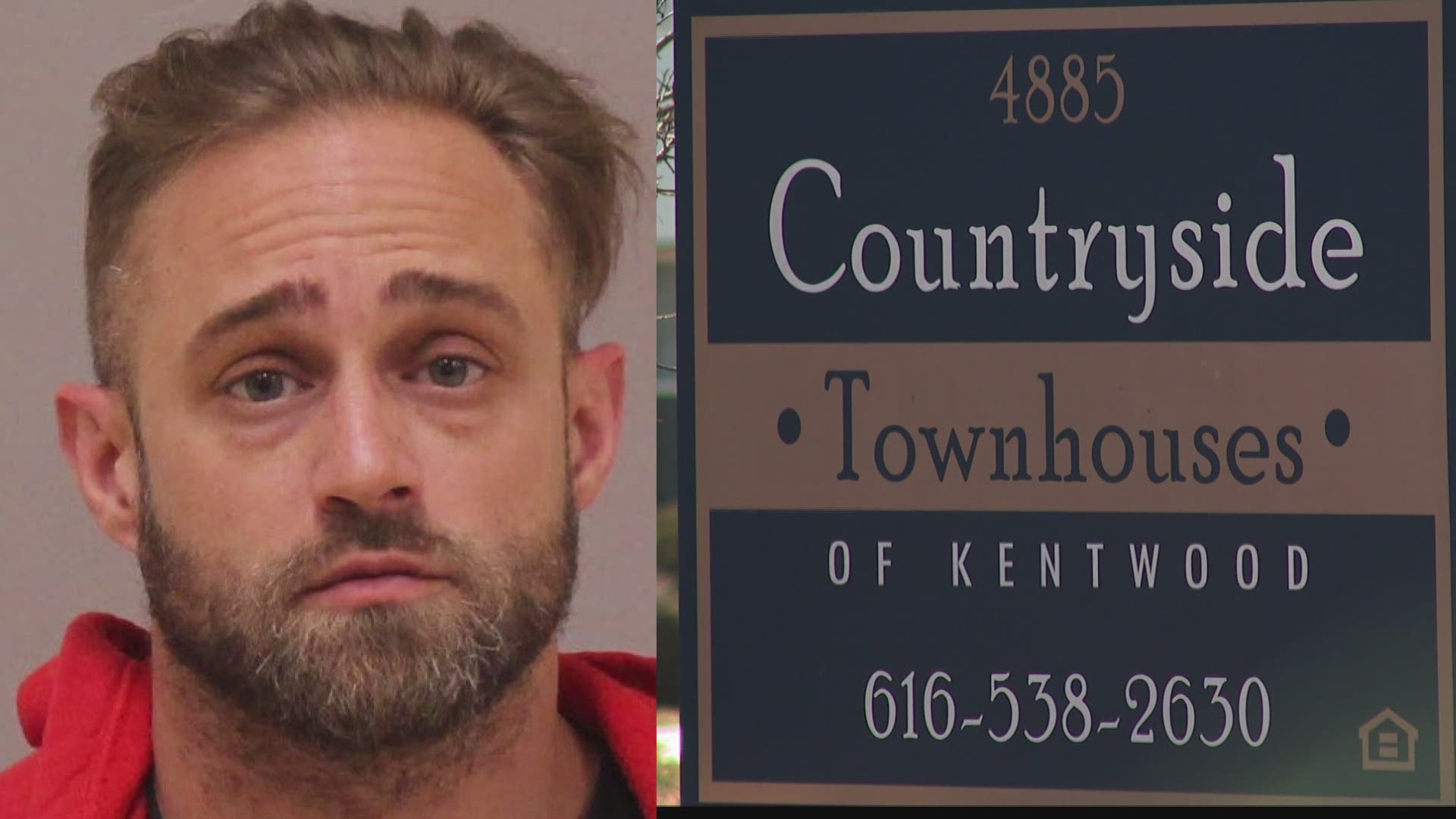 KENTWOOD, Mich. — A trash dispute has a paroled felon in trouble after Kentwood police say he used a racial epithet and threatened a townhouse worker, who confronted him about illegally dumping trash.

Shane Michael Toris is charged with ethnic intimidation, a two-year felony, and misdemeanor littering for the Jan. 6 incident at Countryside Townhouses on Arbor Lane SE in Kentwood.

Toris, who lives a few blocks from the complex, was seen dumping trash in a Countryside trash bin; he’d been seen doing it before, court records show.

When a Black employee asked Toris to remove the trash because he was not a resident, the encounter got heated.

“The two then stood face to face and Shane said something along the lines of ‘I’ll kick your ass, n-----,’’ Kentwood police detective Sam VanderBent wrote in a probable cause affidavit. Toris also stated “I’m not afraid to go back to prison,’’ court records show.

Toris, 35, has felony convictions for crimes dating back to 2003. He is on parole for assault and weapons offenses in Kent County.

Toris has a preliminary examination scheduled for next week in Kentwood District Court. He is currently locked up on an unrelated charge.

Toris lives in a mobile home community a few blocks from Countryside Townhouses. His wife, Rebecca Toris, said what happened on Jan. 6 is not a case of ethnic intimidation.

“We were dumping some boxes and a maintenance man came out,’’ she said. “He had (Shane) cornered against my van and wouldn’t let him leave.’’

Shane Toris, she said, used what she described as a less offensive version of the n-word. And it was not said with malice.

“He didn’t mean it like to intimidate the gentleman,’’ she said. “He meant it like ‘bro, can you get off my door? Can you let me go? I’ve got to get home; I’ve got kids. I’ve got family. I’m just trying to get out of here.’’