Mother testifies about conversations with her daughter's accused killer

Jared Chance, 30, is on trial for the 2018 death and dismemberment of 31-year-old Ashley Young. 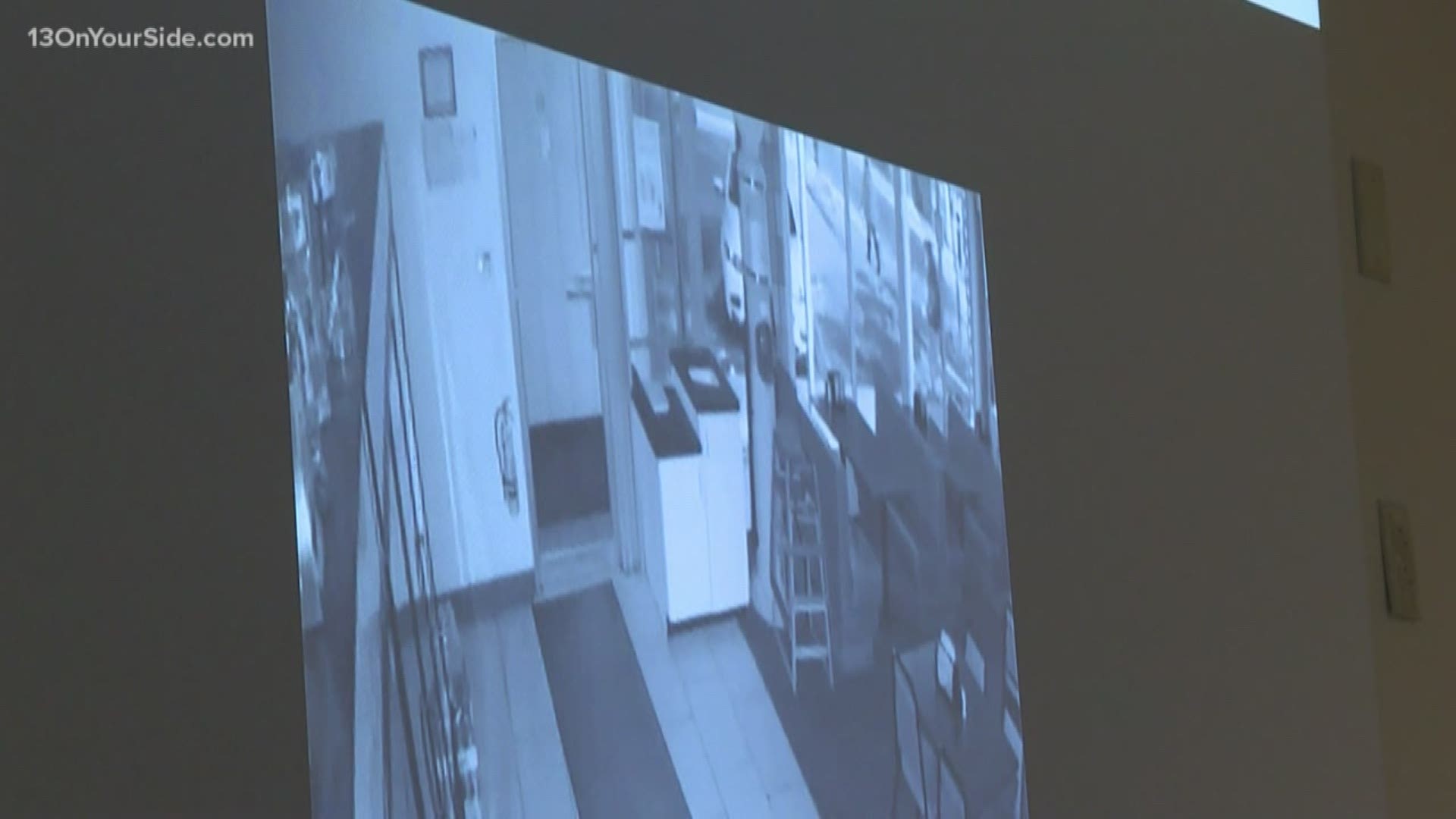 Chance, 30, is suspected in the Nov. 2018 death of Ashley Young, a 31-year-old Kalamazoo County woman. Her partial remains were discovered on Dec. 2.

Related: Man charged with murder and dismemberment offered plea ahead of trial

During testimony Tuesday, Chance's downstairs neighbor at a rental home on Franklin Street SE told police he smelled something rotting before he found a blood-covered tarp in the basement.

"It started out as a burning smell," said Mario Nelson, Chance's downstairs neighbor, during his Tuesday testimony. "And then, it started to smell like the sewer."

Grand Rapids police found Young’s torso wrapped in the tarp. Her arms and legs were found in a cardboard box on a stairway landing. The box was from an Amazon package with the defendant's name and address on it.

Young's head, hands and feet have not been found. Part of the plea deal offered on Friday, which is now off the table, required that Chance explain what happened to Young's body. 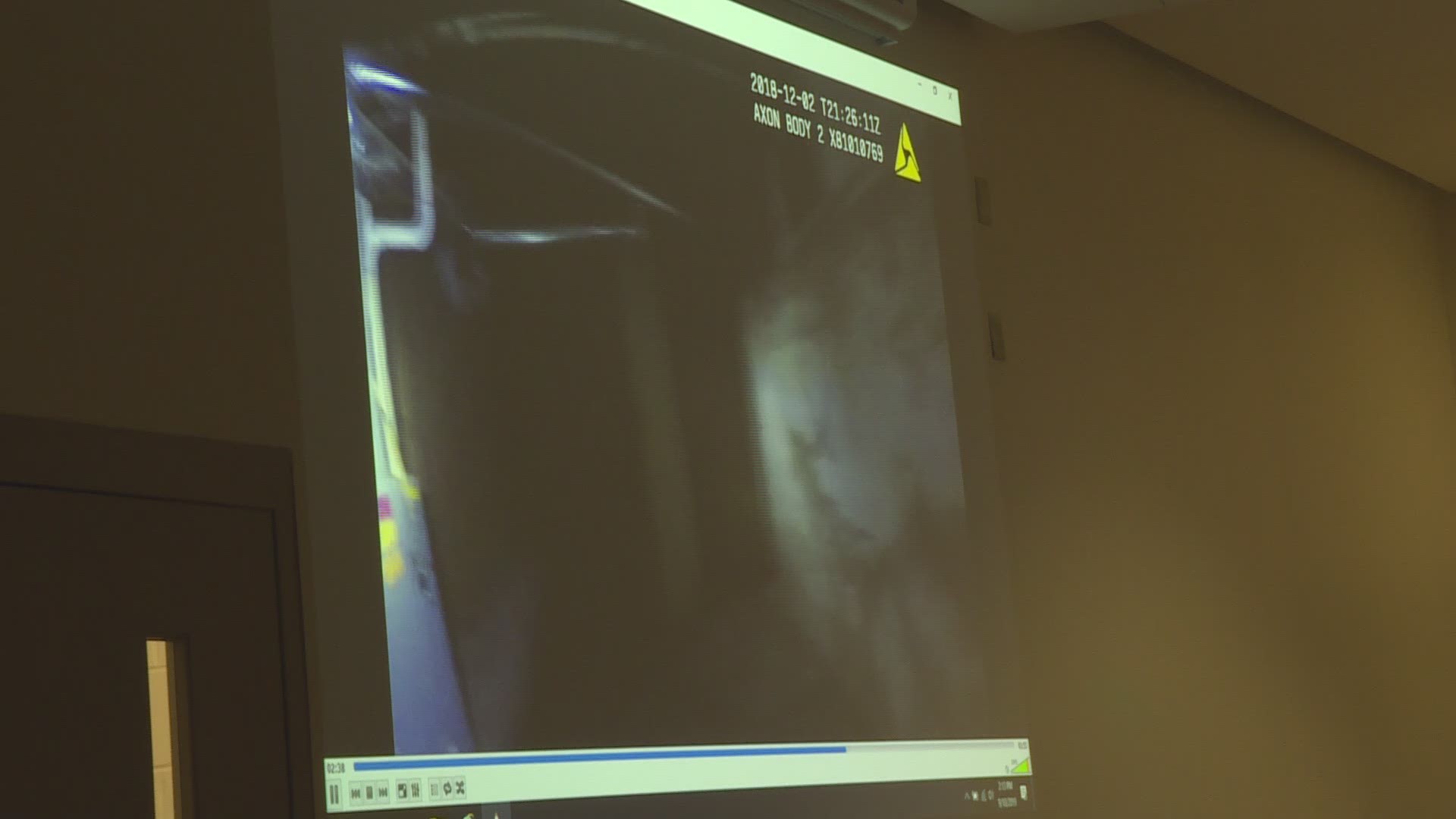 The prosecution is now asking jurors to find Chance guilty of second-degree murder. That option was pursued because investigators could not prove the cause of death without Young's missing body parts.

Chance is also charged with tampering with evidence and mutilation and dismemberment of a body. Because of prior felony convictions, sentencing guidelines call for a minimum prison term of about 26 to 87 years if Chance is convicted of second-degree murder. Kent County Circuit Court Judge Mark Trusock will set the maximum.

"If you look at the investigatory steps, the investigation was done in haste. No one can tell you how Ms. Young died," Rodenhouse told the jury. "The DNA results point to other possible individuals, and other likely suspects are not even investigated."

The first witness to testify was Kristine Young, Ashley's mother. Young was in tears as she viewed a photo of her smiling daughter, which was displayed on a screen throughout much of her testimony.

"She always believed that there was good in everyone," Kristine said of her daughter.

Young said she was supposed to meet up with her daughter in Kalamazoo on Thursday, Nov. 29, to co-sign on Ashley's new apartment. She testified that she and her daughter talked almost every day, so she began to worry when she didn't hear from Ashley on Thursday. 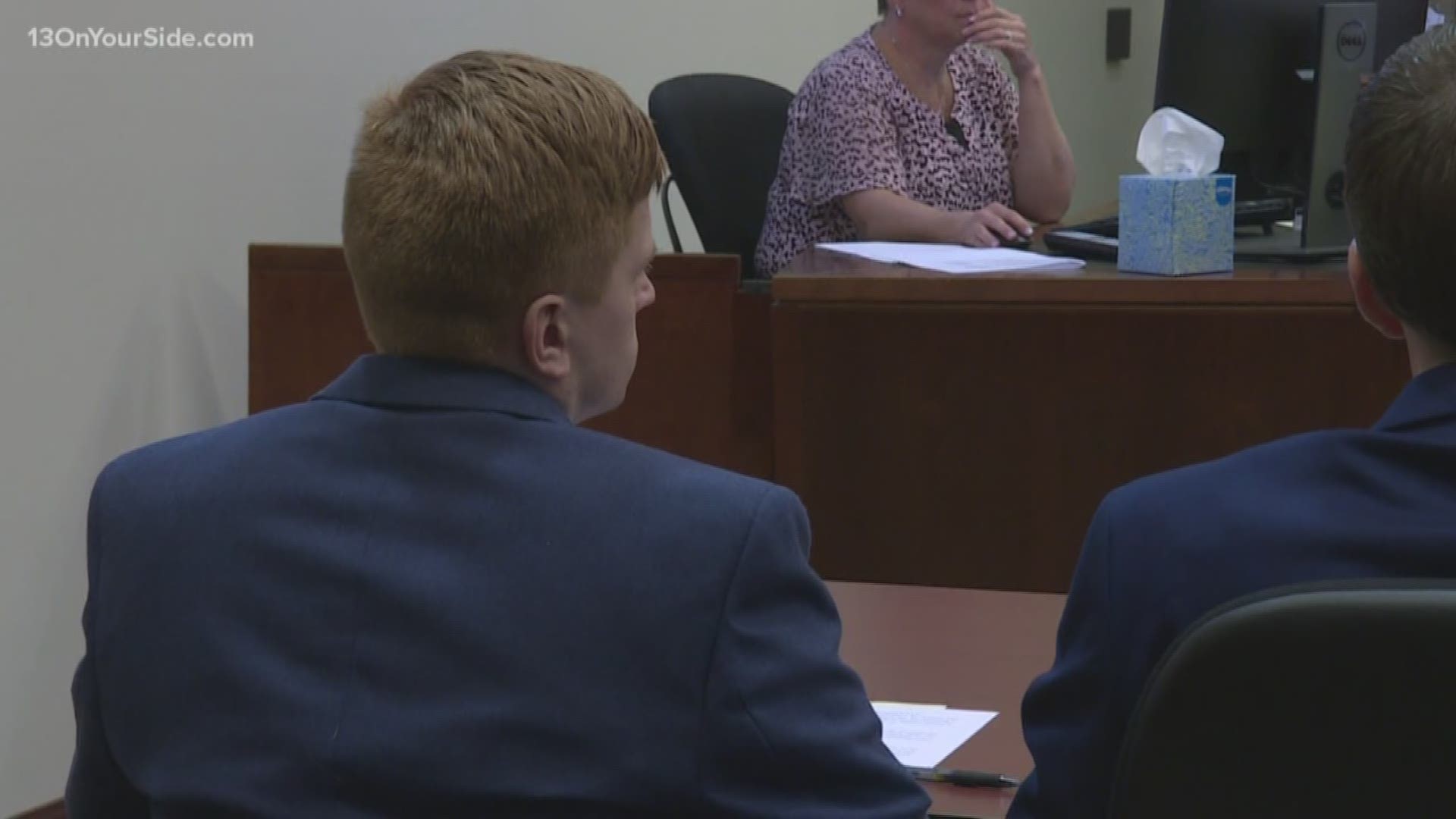 On Friday, Nov. 30, Young said she got Jared Chance's phone number and left him a message. The message was played for jurors.

"Hello, Jared. My name is Kristine Young. I am looking for my daughter. She was last with you. Is she with you? She needs to contact me. Tell her I am going to contact the police department to do a missing person."

Hours later, Chance told Young that her daughter had left her phone at the Hookah Lounge in Grand Rapids and gone to pick it up before heading back to Kalamazoo.

Text messages between Kristine Young and Chance were put up on the courtroom screen.

In the messages, Chance said he had just spoken to Ashley and told her to call her mother. He gave Kristine fake phone numbers to call to find Ashley before eventually giving her the number of a man who told Kristine, he'd never even met Ashley, according to testimony.

Young went to the Grand Rapids Police Department twice on Dec. 1 to report her daughter missing, but she was turned away. She began an investigation of her own, and asked to see the surveillance video from Mulligan's Pub, where she saw her daughter and Chance walk through the frame late Nov. 28/early Nov. 29.

She testified that on Dec. 7 she learned that the torso found in the basement of the Franklin Street SE home belonged to her daughter.

A TARP WITH A STREAM OF BLOOD

Nelson and his girlfriend Yashieka Monique Christian, Chance's downstairs neighbors, were the second and third people to testify before jurors. The two testified that they began smelling something terrible starting Friday, Nov. 30.

Christian said she asked her boyfriend to go check if the smell was coming from the basement, after she noticed that the washer and dryer had been moved. When Nelson went down to the basement Sunday, he discovered the tarp that police would later learn held some of Ashley's remains.

"Once I come back to the stairs, there's a tarp laying there and there's a stream of blood out of it," Nelson said.

Nelson said he ran upstairs and called the cops, which led to Chance's eventual arrest.

Jurors also heard from a handful of investigators Tuesday. The jury is made up of three men and 11 women; two of the jurors will be released ahead of deliberations. Testimony will resume Wednesday.