Two men have been arrested on charges tied to the murder case of Mujey Dumbuya. 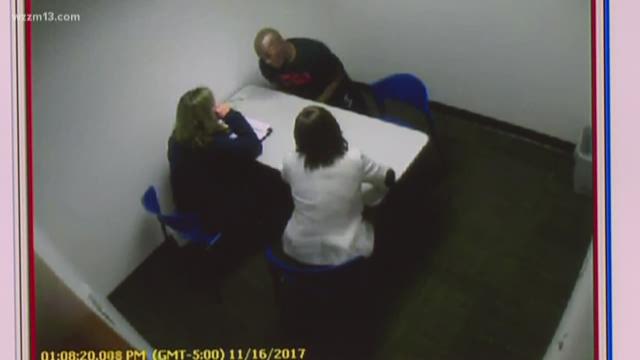 Two men have been arrested on charges tied to the murder of East Kentwood High School student Mujey Dumbuya.

According to Kent County Prosecutor Chris Becker, Gerald Bennett, 58, and Daren Eckford, 50, are in custody as part of the investigation.

Earlier,Tiara Burnett was also accused of lying to detectives in the case.

All are connected to Quinn James. James, 42, was ordered to stand trial earlier this week for repeatedly raping Mujey Dumbuya when she was 15.

Bennett was arraigned on the perjury charge March 12, Eckford on March 15. Both are charged with perjury under a prosecutor's investigative subpoena.

Dumbuya was murdered and her body was found in a wooded area near Kalamazoo on Jan. 28 before she could testify against James in the sex assault case. She was 16 when she was killed. Her death certificate says she died of asphyxiation, including strangulation.

Dumbuya attended East Kentwood High School where James was a maintenance worker before he was fired once the school learned about the 2017 criminal sexual conduct charges against him.