Omar Suarez-Landero is charged with riot and breaking into a restaurant; Clare Newhall is accused of riot and malicious destruction of a building. 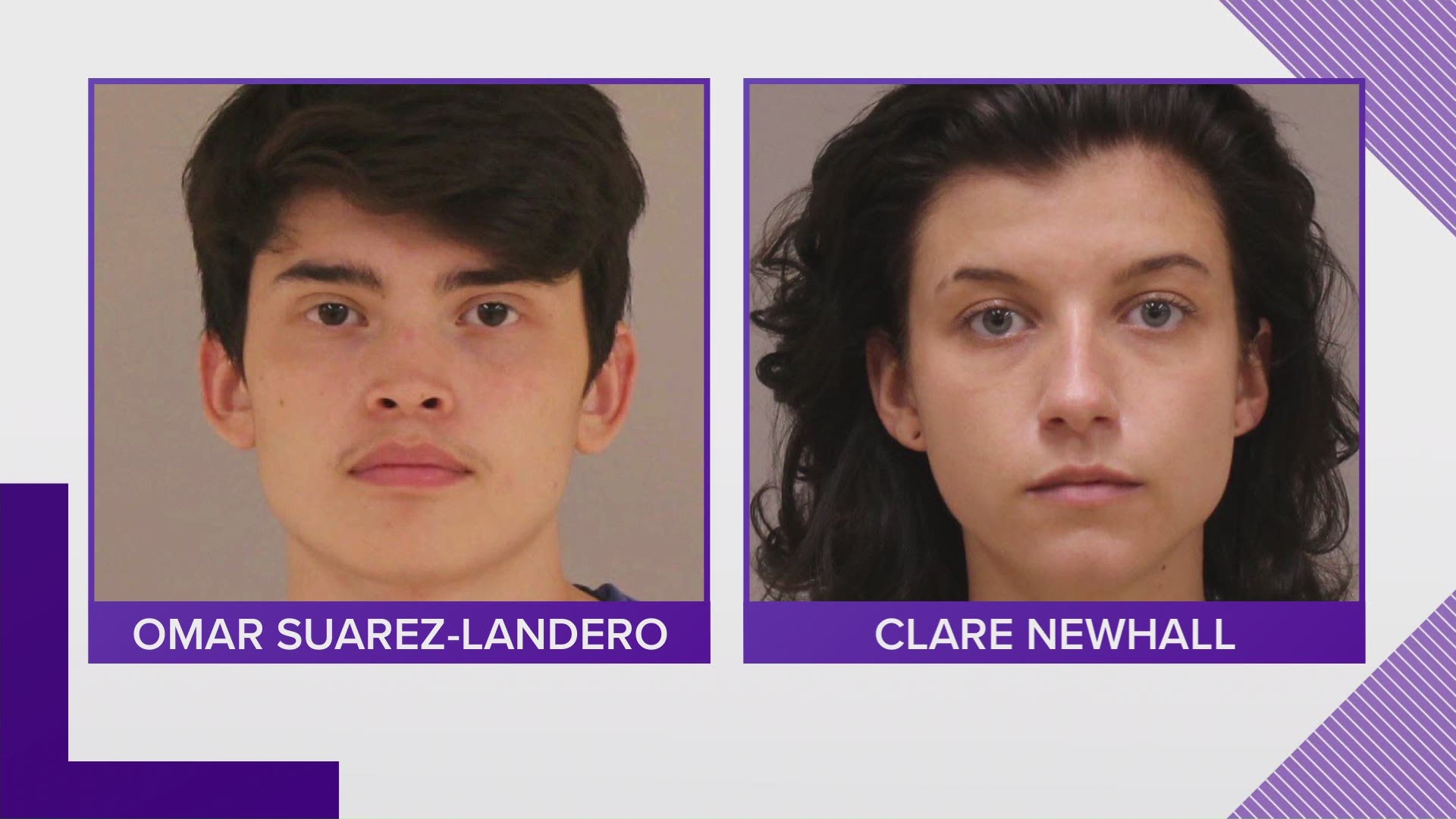 GRAND RAPIDS, Mich. — A 21-year-old woman appeared for video arraignment Tuesday on charges stemming from the May 30-31 riot in downtown Grand Rapids that left scores of businesses damaged.

Clare Anwyn Newhall, who lists a Grand Rapids address, is charged with riot and malicious destruction of a building.

She’s accused of causing less than $200 in damage to a state-owned building at 1 North Division Avenue that houses the Secretary of State office. The misdemeanor is punishable by 93 days in jail.

He’s accused of riot and breaking into Sundance Grill & Bar at 151 Ottawa Avenue NW.  Suarez-Landero has a court appearance set for June 30 on the two felony charges.

His co-defendant is Olivia Marie Hull. Hull, 23, was arraigned June 9 on three charges, including riot and breaking and entering. She also has a preliminary exam scheduled for June 30.

Thirteen adults and a juvenile have been charged in the riot.

The juvenile, a 16-year-old girl with an address on the city's Northwest Side, is also charged with destruction at the Grand Rapids Art Museum on Monroe Center NW.

She was on juvenile probation for a 2018 shoplifting case. She was discharged from probation two months before the Grand Rapids riot.