Those who trashed downtown buildings could face a decade in prison, depending on the damage. “We’re going to pursue charges,'' Prosecutor Chris Becker said. 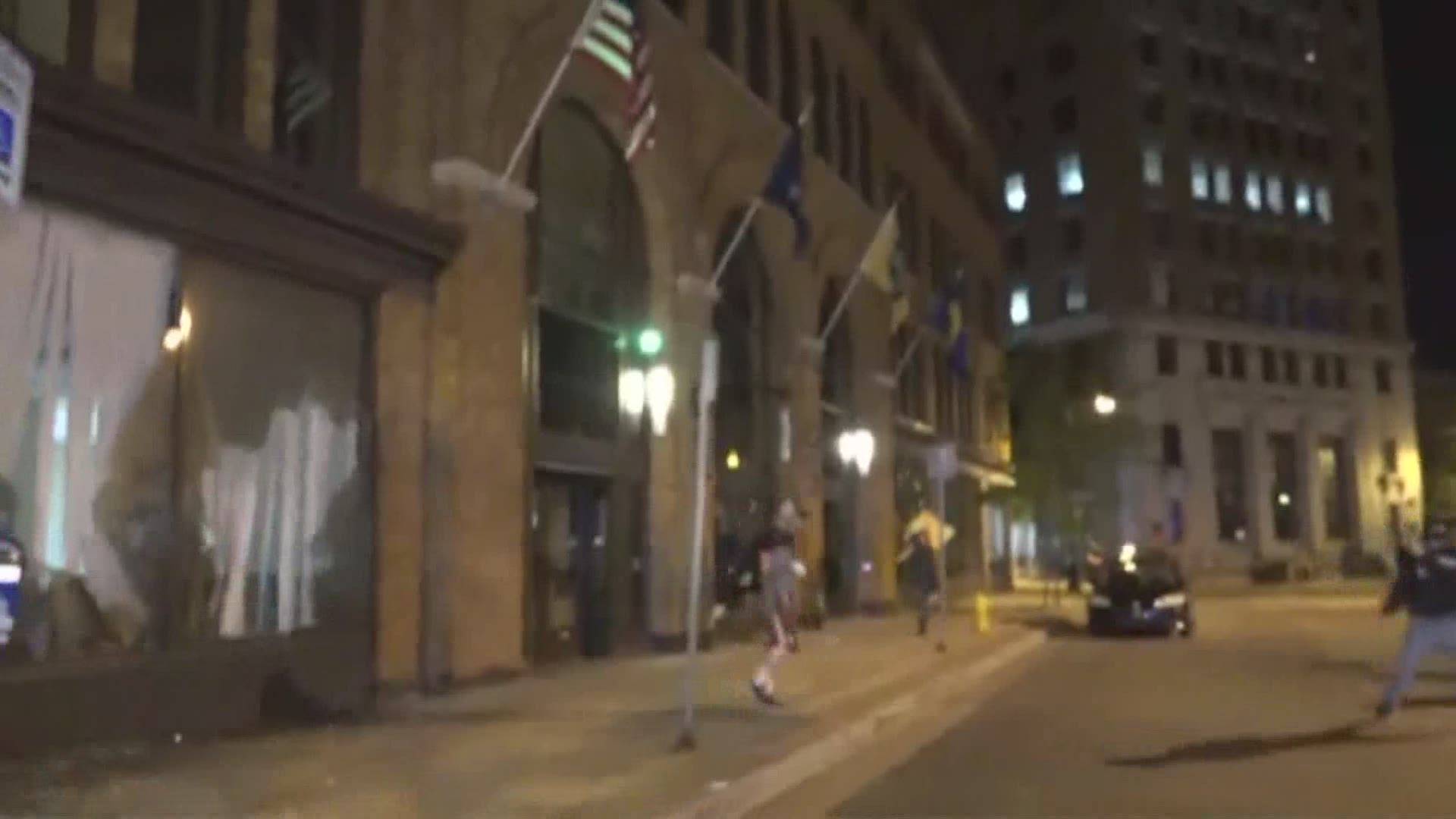 GRAND RAPIDS, Mich. — Investigators will be combing through security video, trying to identify vandals who caused thousands of dollars in damage at government buildings in downtown Grand Rapids on Saturday, including the Kent County Courthouse.

“We’ve got video and we’ll be taking every step we can to make sure people are held accountable for this type of behavior,’’ Kent County Prosecutor Chris Becker said Sunday.

Becker was somewhat taken aback by the damage to the building at 82 Ionia Avenue NW, which houses the prosecutor’s office and other county offices, including circuit court probation and Friend of the Court. Street-level windows were shattered; the first floor was trashed.

Becker’s office is on the fourth floor; vandals didn’t make it that far.

“The windows on the second floor in the atrium you can see are broken out,’’ he said. “They didn’t make it to the fourth floor, fortunately.’’

RELATED: GR Police: 7 arrests made in Saturday, some involved in violence 'were not local'

Numerous windows at the Kent County Courthouse, 180 Ottawa Avenue NW, also were shattered amid the Saturday evening riots, which caused hundreds of thousands of dollars in damage to public and private property.

RELATED: Grand Rapids Secretary of State office closed due to damage from riots

Work crews spent much of Sunday boarding-up shattered windows. Legions of volunteers scrubbed graffiti from buildings and sidewalks. Local businesses donated food and drinks to the volunteers, which included state and county employees.

At least seven people were booked into the Kent County Jail on charges related to the rioting. It followed a protest in downtown Grand Rapids to condemn the death of George Floyd at the hands of a Minneapolis police officer.

Rioters in Kent County face an assortment of charges ranging from misdemeanors to felonies.

Malicious destruction of property over $1,000 is a five-year felony. If damage exceeds $20,000, offenders face up to a decade behind bars.

“I would be shocked if we didn’t have charges,’’ he said. “We’ve got some good photos, good records of what went on. I’m fully intending that we’re going to pursue charges to the full extent of the law.’’

If you have any photos or video evidence from the riots to submit to police, you can share them at this online portal. You can also submit tips to Silent Observer at 774-2345.