A sign was put on the front door of a gas station in Grand Rapids in an effort to reduce 'a recent spike in violence' in the area. 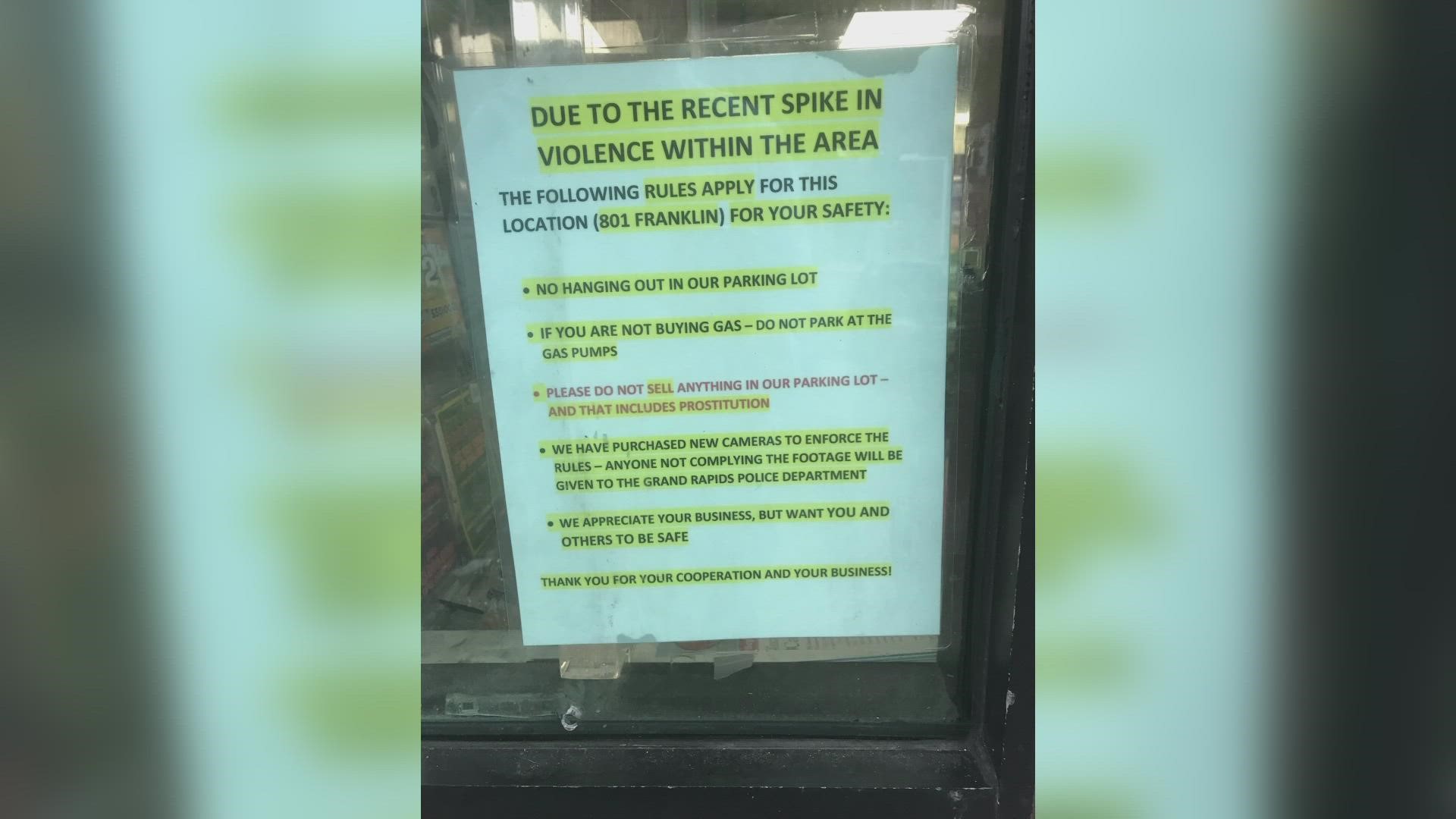 GRAND RAPIDS, Mich. — A picture of a sign taken at a gas station in Grand Rapids is catching quite a bit of attention on Facebook. The sign was put on the front door in an effort to reduce 'a recent spike in violence' in the area.

The BP Gas Station is located on Franklin Street Southeast in the Baxter neighborhood.

'Kelly' is a barber at a nearby Barbour shop. He said the station is a hot spot for criminal behavior at all times of the day.

"There's a lot of riff raff that goes on over there," Kelly said. "Us as a business...You have women, children and church people that come over here. We keep our locks on the door because people might want to come in to use the bathroom. Drugs, prostitution going on."

A sign on the gas station door states because of a recent spike in violence within the area, they're changing their rules. No hanging out in the parking lot, and no selling anything — and that includes prostitution.

A manager at the gas station told 13 On Your Side that the Baxter Neighborhood Association gave them the sign and they put it up in the summer, but Kelly said nothing has changed.

13 On Your Side reached out to the association and haven't heard back as of Tuesday evening.

"You do have police that ride by and whatever, but you can't do too much when you have 500 people in and out throughout the week," Kelly said.

Sgt. Dan Adams, a spokesperson for the Grand Rapids Police Dept. said in the statement: The intersection of Franklin and Eastern Southeast, and the surrounding area, has seen a concerning amount of violent crime the last one to two years, including shootings, assaults and weapon offenses. GRPD personnel have reached out and worked with the management of nearby businesses in the attempt to curtail the dangerous behavior. Businesses have been responsive for the most part, and the department reminds not only the commercial properties, but the residential as well, that only by working together can we make the necessary impact.

Kelly said nearby businesses such as his are doing their best to keep the area safe and clean.

"There's a church right there, plus the Urban League. What we're trying to do is clean up the community especially for people of color because we're trying to get people to see that you can come from something rugged and make your life better," he said. 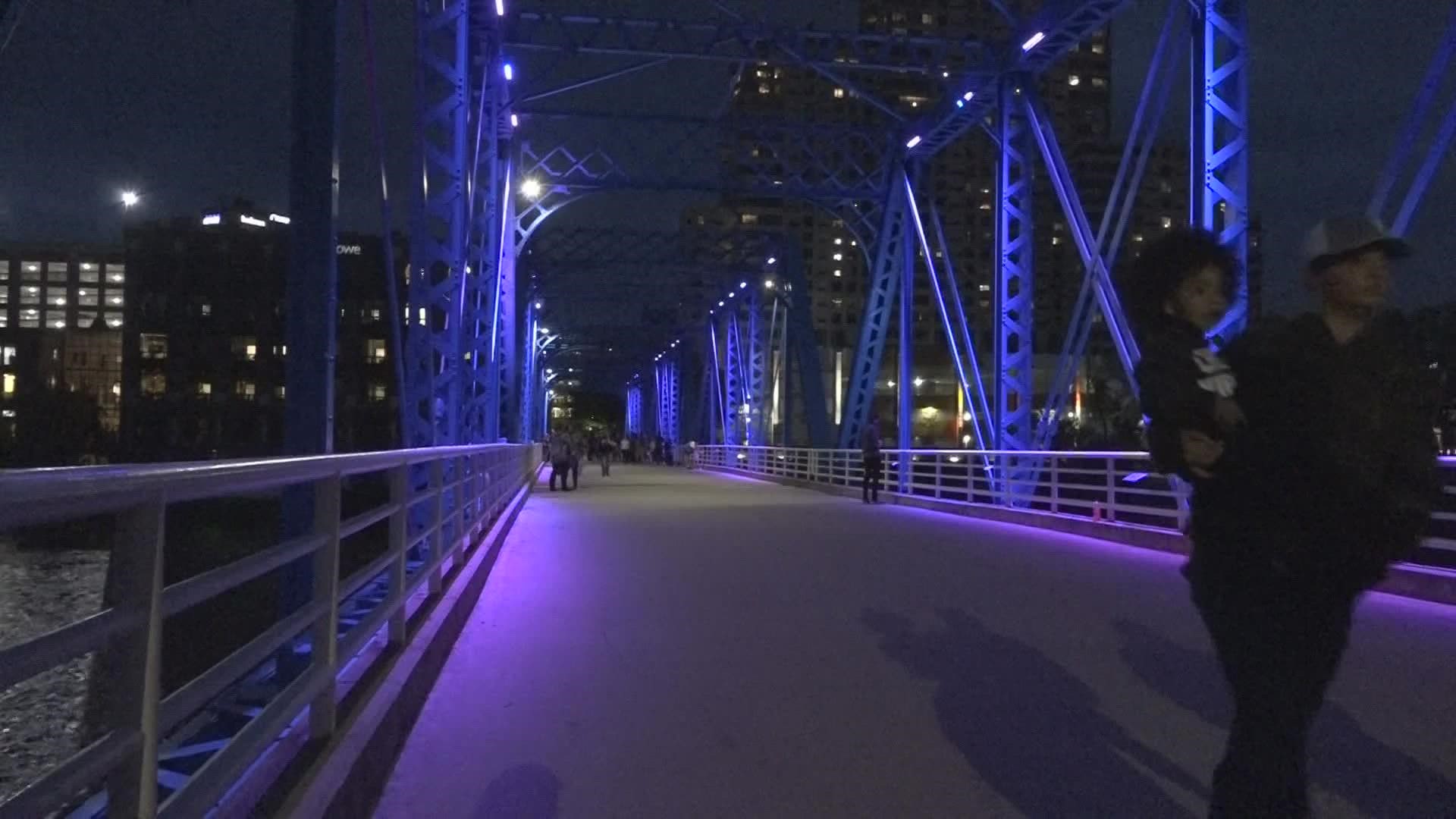 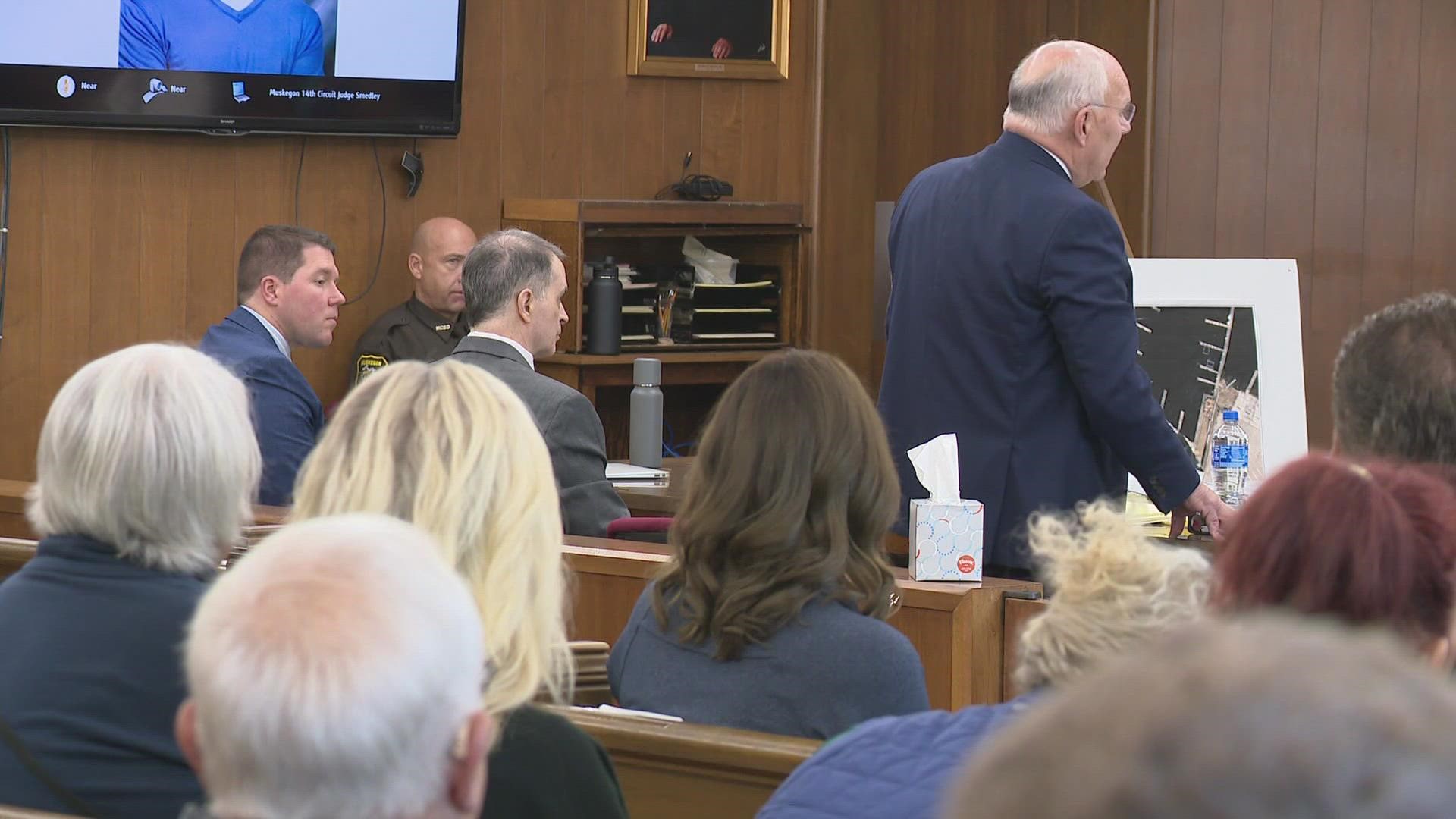