Community advocates thought the coronavirus pandemic and protests would slow violence in the city, but the opposite has happened. 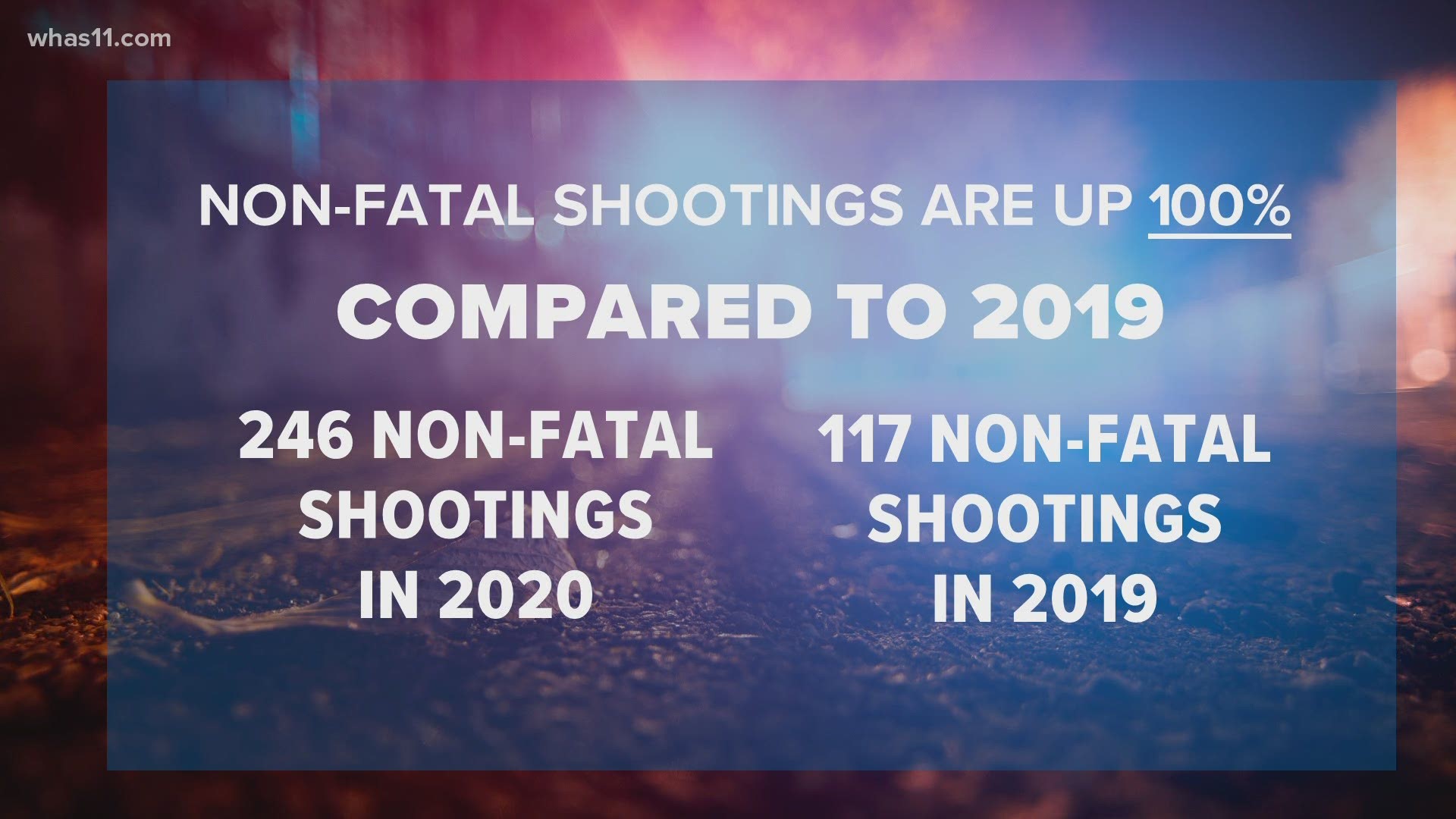 LOUISVILLE, Ky. — Violence is on the rise in Louisville, as LMPD is seeing more shootings compared to years past.

Community activist Christopher 2X said there have been 62 homicides in Louisville throughout the first half of the year, and the first few days of July. During the first six months of 2019, there were 43.

"If you look at it and average it out, it's almost ten homicides a month which is unheard of," said Christopher 2X, the Executive Director of Christopher 2X Game Changers. "It's just been plowing through and the velocity of it is just surprising at best."

He, along with other community advocates, thought the COVID-19 pandemic and recent social justice efforts would slow down violence in the city.

"We thought that there would be a pause button and a tick down on shootings because of COVID. Farthest from the truth," 2X said.

"One thing is crystal clear to me. We had a lot of vendettas before the COVID shutdown even occurred, before the unrest occurred and I believe that it's just transitioned right along and chugged along the whole time unchecked," 2X said.

While the answer is far from simple on how to see a decrease in these numbers, the Game Changers are trying to help.

"We at Game Changers believe nobody should feel ashamed, or feel afraid to seek out help," 2X said.

2x said paying attention to the ages is the first step.

"No one has to look at middle school and high school anymore to see the symptoms and some might not really want to relate to the reality, but we're seeing it as early as preschool," 2X said. "I'm asking everyone to start focusing on how young these behavioral patterns are starting to formulate."

Despite many shooters and victims falling between the ages of 18 to 24, 2X said the signs can be spotted much younger.