Virtual hearings sometimes include cats, drinks, driving and disorder in the court

Defendants smoking or drinking, occasionally sleeping, sitting in bed and driving a car – it’s part of what judges encounter in virtual court hearings. 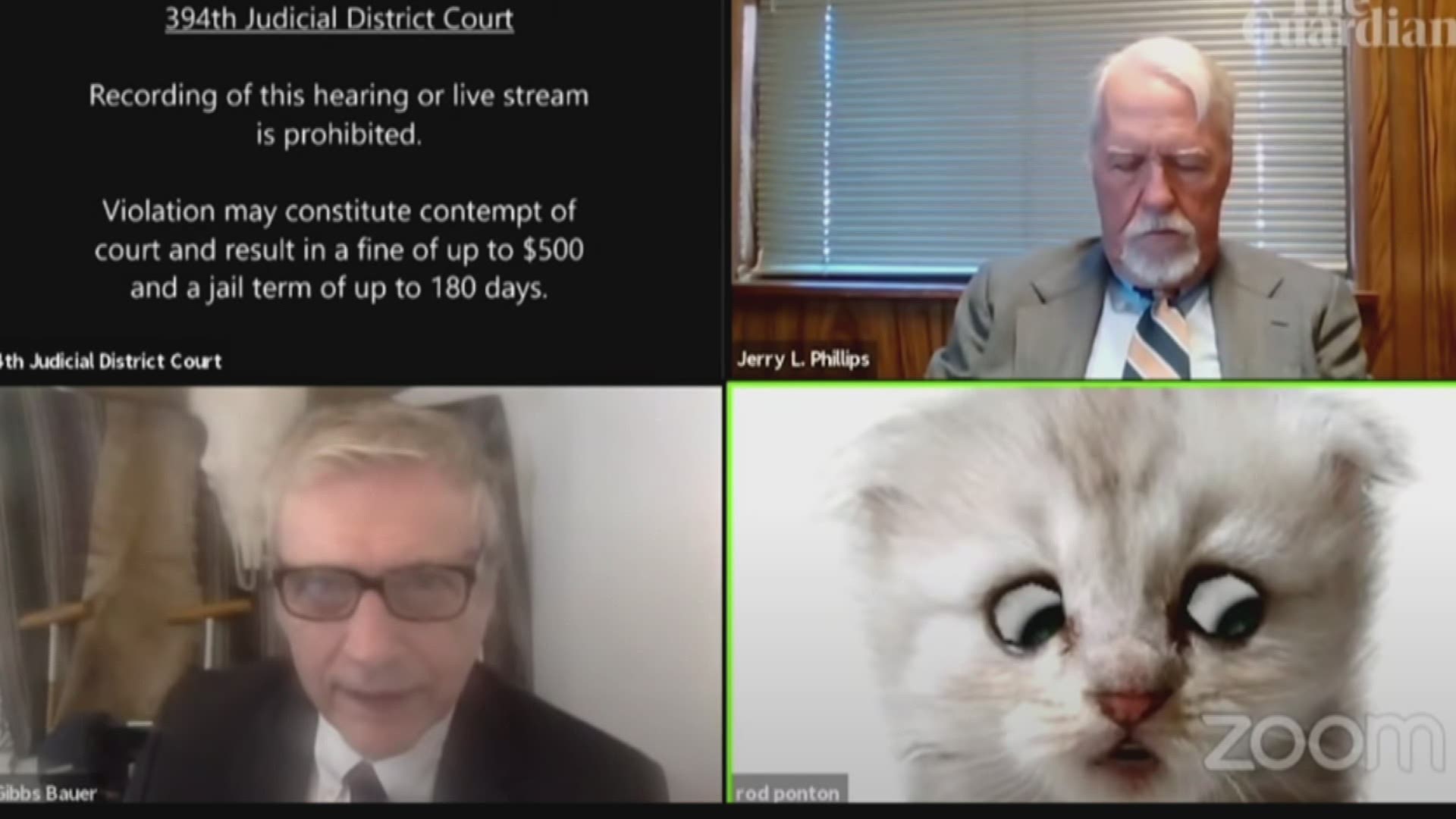 GRAND RAPIDS, Mich. — Defendants lying in bed or smoking a joint isn’t proper courtroom decorum, but it’s a new reality with more hearings being held online, rather than in person, amid the pandemic.

Sometimes, defendants will click into a virtual court hearing while behind the wheel.

“People on Zoom and they’re driving a car,’’ Trusock said. “I've had to tell them to stop and pull over.’’

And he is not alone.

“Yes. Driving. I tell them to pull over to a safe spot,’’ Kent County Circuit Court Judge Curt Benson said. “Luckily, I haven’t had a doctor in surgery yet. That's a plus.’’

Benson also directs men to remove their hats if they appear in his virtual courtroom.

“They’re not in court in-person, but I want them to remove their hats nonetheless,’’ he said. “You don’t enter a courtroom wearing a hat.’’

“I’ve seen people laying on their beds in pajamas, smoking cigarettes. Smoking marijuana,’’ he said. “People, when they’re at home, feel that it’s not real court.’’

And it certainly isn’t just here.

Judges across the state and nation all have horror stories about the lack of courtroom decorum in a virtual world.

In Kentucky, a woman appeared naked over Zoom for her virtual eviction hearing; another attended her court hearing while at a beauty parlor. Some are holding a beer, others appear passed out or asleep.

“Northern Michigan participants, it’s not uncommon to have firearms hanging on the wall,’’ Rodenhouse said.

Lawyers, too, have had their share of missteps. Smoking cigars, sleeping, and in one case, appearing as a cat.

Texas attorney Rod Ponton became an internet sensation earlier this year when he appeared as a cat on a screen during a virtual court hearing.

Rodenhouse chuckles about that one. He had an experience that could have gone viral had it been live-streamed.

The veteran Grand Rapids attorney was in a fast food parking lot waiting for a virtual court hearing to begin. He was in a virtual waiting room with a Kent County assistant prosecutor when a man in distress ran up to the restaurant doors, only to find them locked.

“He unzips his pants and starts urinating on the front of this restaurant while I’m on the camera with the assistant prosecuting attorney,’’ Rodenhouse said. “Welcome to the virtual courthouse. Didn't see that one coming.’’

Rodenhouse says some clients who are intimidated by technology come to his Grand Rapids office for the virtual hearings. https://www.rodenhouselaw.com/

“We updated all our office technology so that we can participate remotely with the courts,’’ he said. “There have certainly been benefits.’’