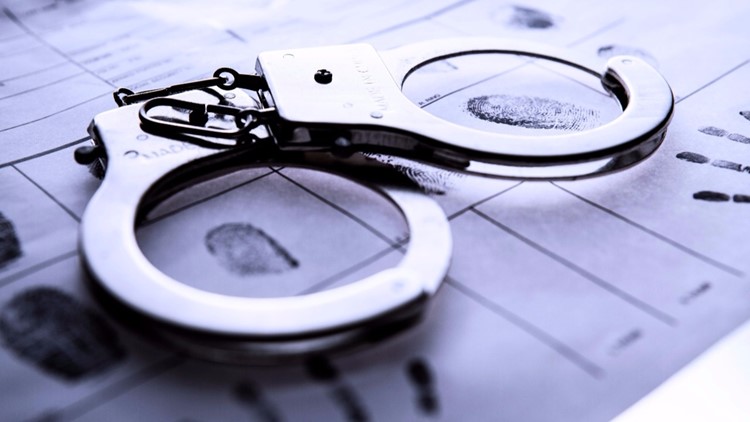 WAYLAND, Mich. - Wayland Police arrested a man who attempted to carjack someone, hit a police cruiser and fled on foot early Sunday morning.

According to the Wayland Police Department, officers were called to the 200 block of Clark Street in Wayland because of suspicious behavior. Callers said a pickup truck was parked behind a backyard swimming pool, but officers found it had crashed into the swimming pool and was abandoned and idling.

An officer heard noise from a nearby building and followed numerous items scattered around the yard. The officer found the suspect, a 31-year-old man from Wayland, in a red Oldsmobile sedan. He ordered the suspect to stop, but he accelerated toward the officer who had to move quickly out of the way to avoid being hit.

The suspect pulled out on Clark Street but stopped suddenly, reversed about 75 feet across a lawn and hit a full-size Chevrolet Tahoe police cruiser. The sedan was disabled due to significant damage, and the suspect fled on foot with an unknown object in his hand toward a wooded area.

The Allegan County Sheriff's Office attempted a K-9 track, and a short time later, Michigan State Police located the suspect on a bicycle. He tried to get away but MSP was able to apprehend him.

An investigation found the man tried to carjack a vehicle from a customer at Wayland Laundry. He had some sort of lengthy garden tool in his hand, according to the victim, and pounded the tool into the ground, telling the victim he was taking their car because the police were after him.

Victims who own the building, which is Black River Waterproofing, said they have $12,400 in damaged tools consisting of a welder, a transit laser and other tools after a preliminary report.

The officer involved is a 16-year veteran of the department and was not injured in the incident.