Lovily Johnson was sentenced to prison Thursday for the July, 2017 neglect death of her son, who died in a car seat while left alone in an attic apartment in Wyoming. 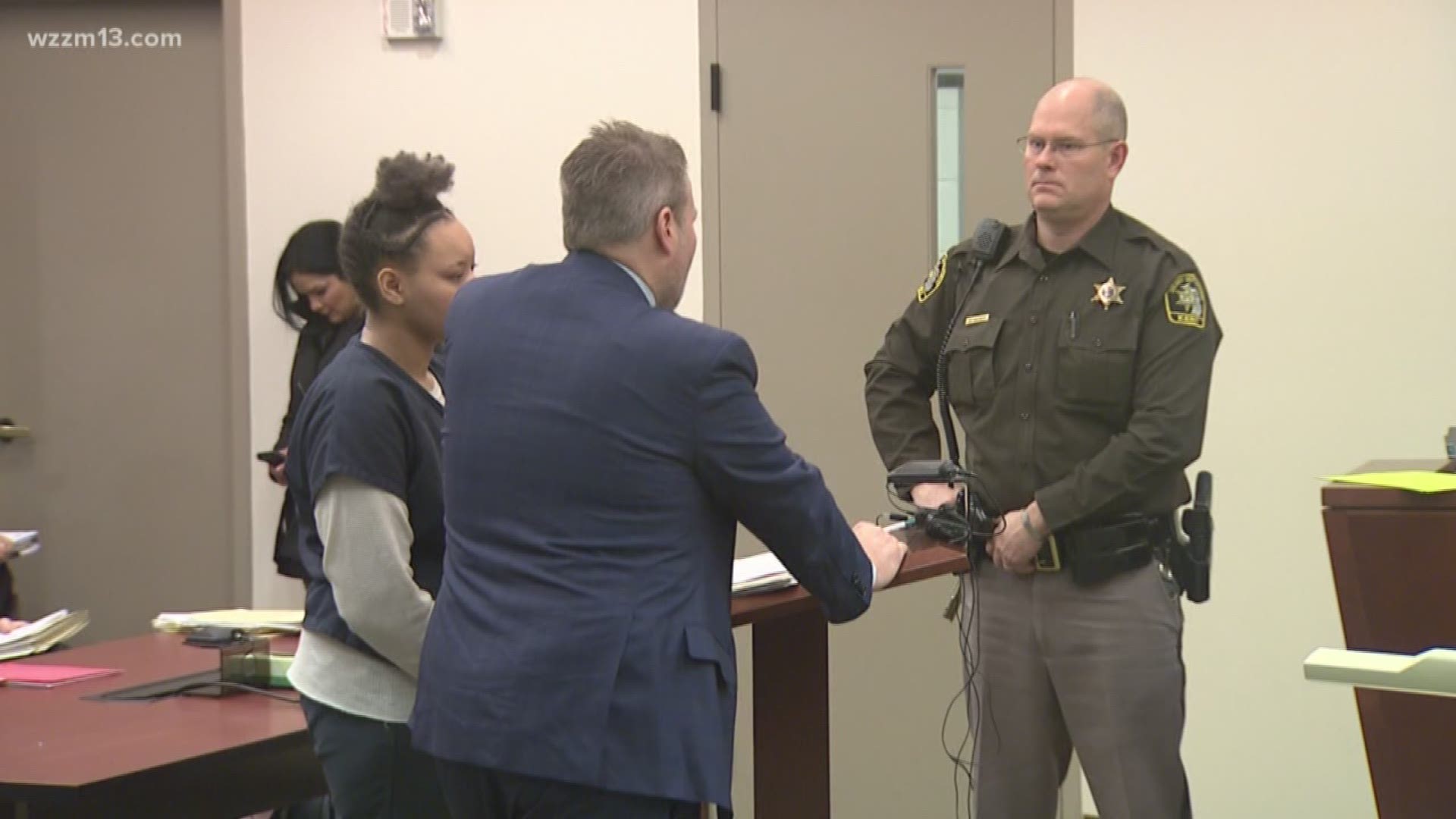 GRAND RAPIDS, Mich — A Kent County mother whose infant son was already decomposing when she brought his body to a Grand Rapids hospital was sentenced to prison Thursday for what the judge called “an outrageously disturbing set of facts.’’

He sentenced Lovily Johnson to between 20 and 80 years for the neglect death of her son.

The 23-year-old mother apologized Thursday, telling Trusock she never intended to harm her son. “If I could give my life for his, I would,’’ Johnson said.

Investigators say Noah Johnson was left strapped in a car seat for 32 hours while his mother went out with friends and used drugs in July of 2017.

The boy was left unattended in an attic bedroom of Johnson's apartment on McKee Avenue SW in Wyoming.  He was still in the car seat when Johnson took him to Helen DeVos Children's Hospital in Grand Rapids.

An autopsy showed Noah went without food and water and suffered from diaper rash so severe, areas of his skin had fallen away.

Defense attorney Jonathan Schildgen asked for leniency, saying Lovily Johnson had a troubled childhood that followed her into adulthood. He called it a '‘generational curse.'’

"Do I think she has the heart and soul of someone who wanted to torture and sadistically murder her baby? No,'' Schildgen told the judge. "She’s a young kid who probably had her heart broken when she is born.’’

Johnson was initially charged with felony murder and first-degree child abuse. A Kent County jury in September was unable to reach a verdict after deliberating for six days.

A second trial was averted when Johnson in November agreed to plead guilty to second-degree murder.

Sentencing guidelines called for a minimum term of between 15 and 25 years. Kent County Prosecutor Chris Becker said a sentence at the higher end of the guidelines was appropriate for what he called "excessive brutality.''

Trusock told Johnson he hopes she thinks about her son every day while in prison.

“And I hope seriously that you’re never in a place where you’re responsible for taking care of a small child again,’’ the judge said.