The crash in July of 2019 left a medic pinned inside his overturned ambulance for more than 40 minutes with a broken right leg.

GRAND RAPIDS, Mich. — A Kent County woman has been sentenced to jail and placed on probation for 2½ years for a drunken driving crash last summer that injured a medic with Rockford Ambulance.

She entered a plea earlier this year to operating a vehicle while intoxicated, causing serious injury.

In addition to jail and probation, Young was ordered to pay $21,900 in restitution.

The crash in July of 2019 left a medic pinned inside his overturned ambulance for more than 40 minutes with a broken right leg.

Investigators say Young’s vehicle sideswiped a Rockford Ambulance traveling on M-21 near Spaulding Avenue, causing the rig to roll three times. The driver, Charles S. Premer, suffered a broken tibia and fibula on his right leg near the ankle.

“Premer was pinned inside the ambulance between the ground and the driver’s seat for approximately 40 minutes prior to being extracted by emergency personnel on scene,’’ Michigan State Police Trooper Brian Komm wrote in a probable cause affidavit.

In addition to broken bones, Premer’s injuries included “severe pain in his hips and bruising from the seatbelt,’’ Komm wrote. “He stated that (his) left foot was ‘wedged in’ and he was not able to free it from the area on his own.’’

A second medic in the ambulance was treated for minor injuries.

Young, who had a Lowell address at the time, admitted to consuming intoxicants prior to the crash, which occurred shortly after 2 a.m.

A chemical breath test conducted at the Kent County Jail showed a blood alcohol level of .15 percent. A driver is considered intoxicated with a blood alcohol content of .08 percent or higher.

It was her second alcohol-related offense in recent years. Young was ticketed in January of 2016 following a traffic stop on 17 Mile Road and U.S. 131 in northern Kent County. Court records indicate she had a blood alcohol level of .16 percent.

She pleaded guilty to impaired driving and was placed on probation for one year. Young was also ordered to perform 40 hours of community service and pay $1,170 in fines and court costs. 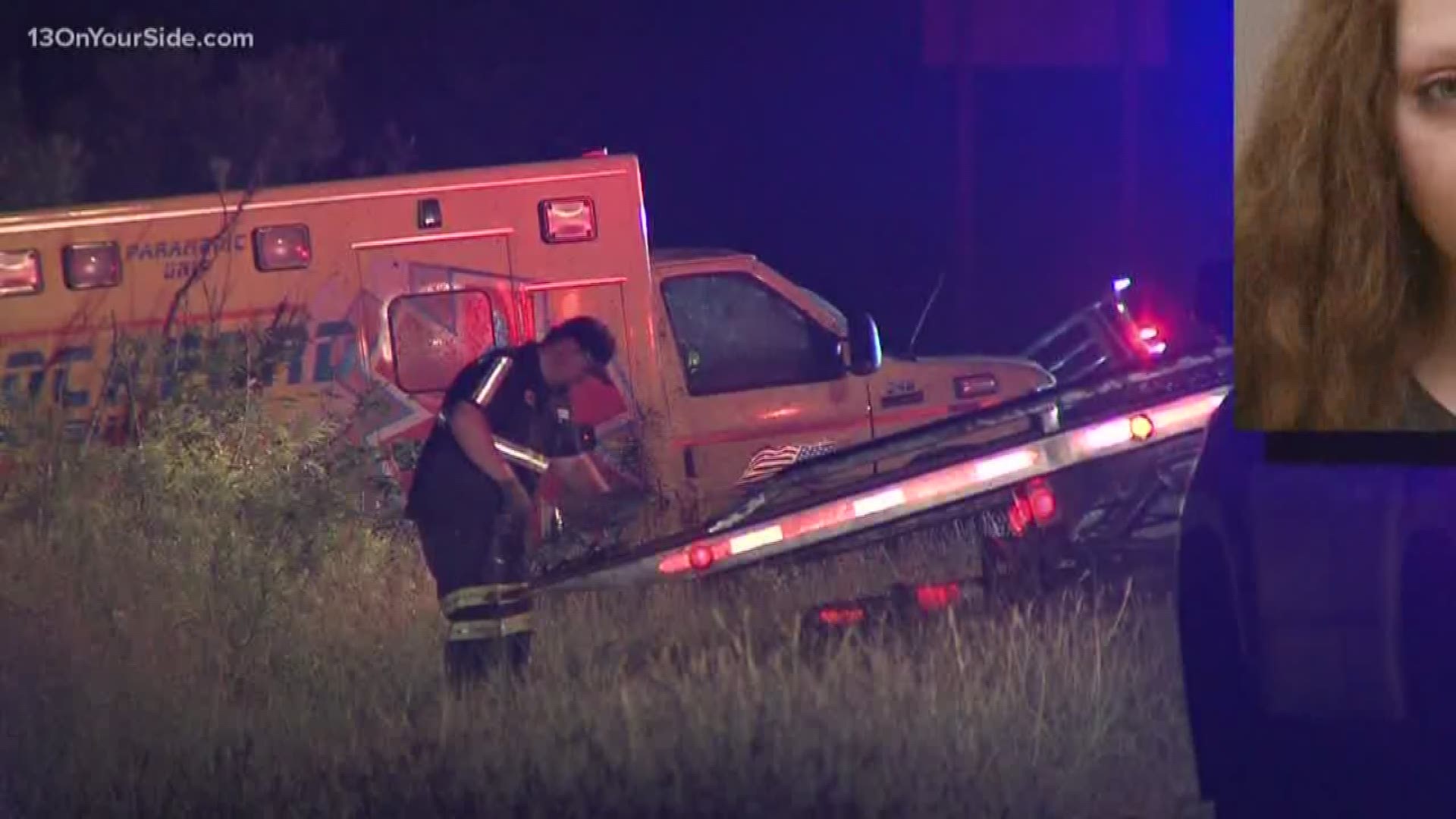