Wyoming police said the initial investigation shows that this was not a random shooting and there is no further danger to anyone in the Lamar Park area. 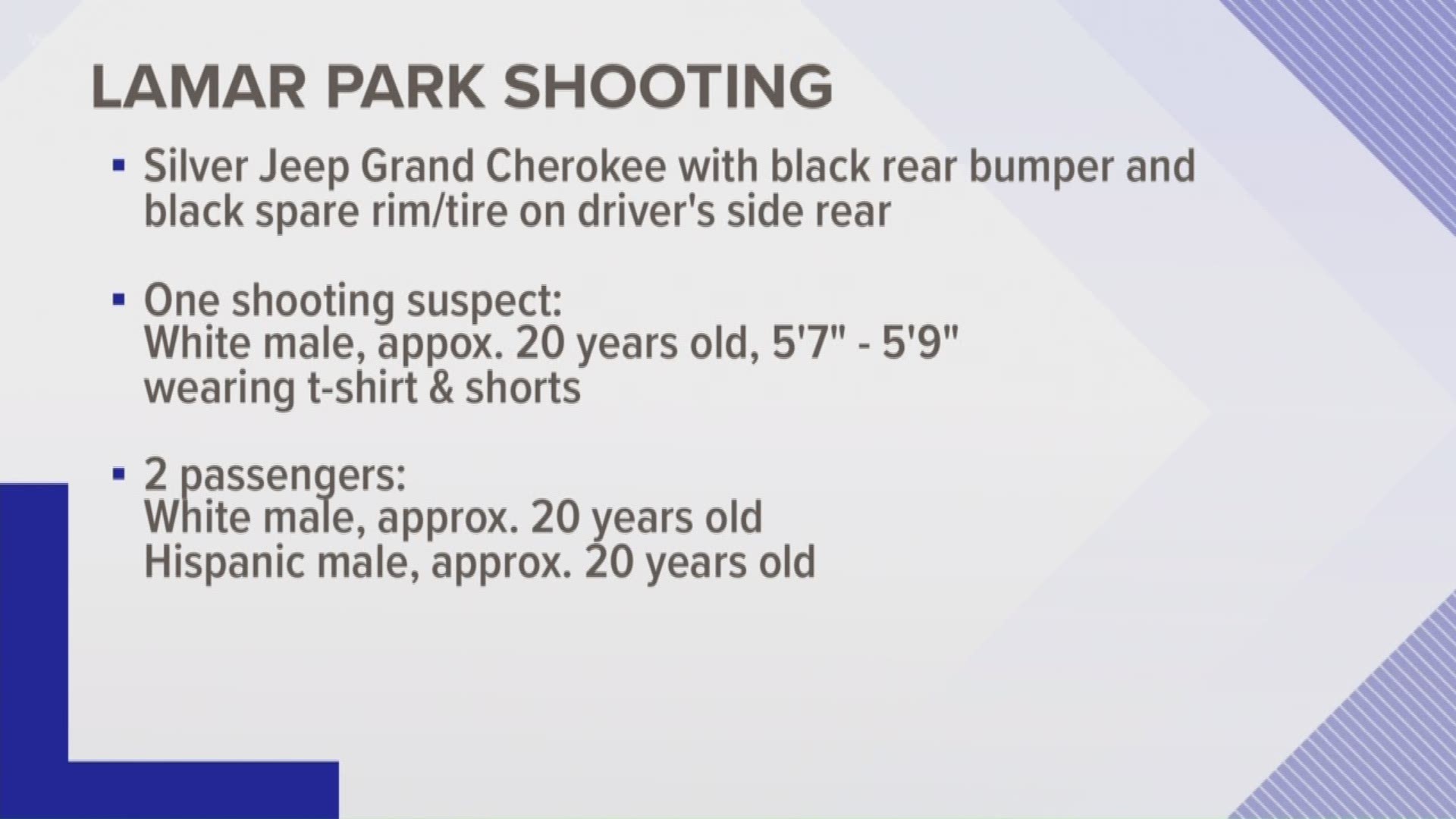 The Wyoming Department of Public Safety is hoping that surveillance photos will lead them to the suspects in a shooting at Lamar Park Monday evening.

Police said they responded to a report of a shooting at the park on Porter Street SW around 8:30 p.m. Officers found the victim who had been shot in the arm, but the injuries were non-life threatening.

After the shot was fired, the suspect left the park in a silver Jeep Grand Cherokee with a black rear bumper and a black spare rim and tire on the driver's side rear.

Credit: Wyoming Police
The suspect vehicle involved in a shooting at Lamar Park on Monday.

The shooting suspect is described as a white man who about 20 years old and 5-foot-7 to 5-foot-9. He is heavy set and was last seen wearing a t-shirt and shorts.

There were two more men in the Jeep when the shooting occurred. They were both described as being about 20 years old and one is white and the other is Hispanic, according to police.

Wyoming police said the initial investigation shows that this was not a random shooting and there is no further danger to anyone in the Lamar Park area.

Anyone with information about his case is asked to contact the Wyoming Dept. of Public Safety at 616.530.7300 or to contact Silent Observer.