Coopersville teacher retires after 33 years, as past and present students surprise her with drive-by parade

Denise Lampe decided to retire at the beginning of the school year. COVID-19 cut the year short, so past and present students honored her at school with a parade. 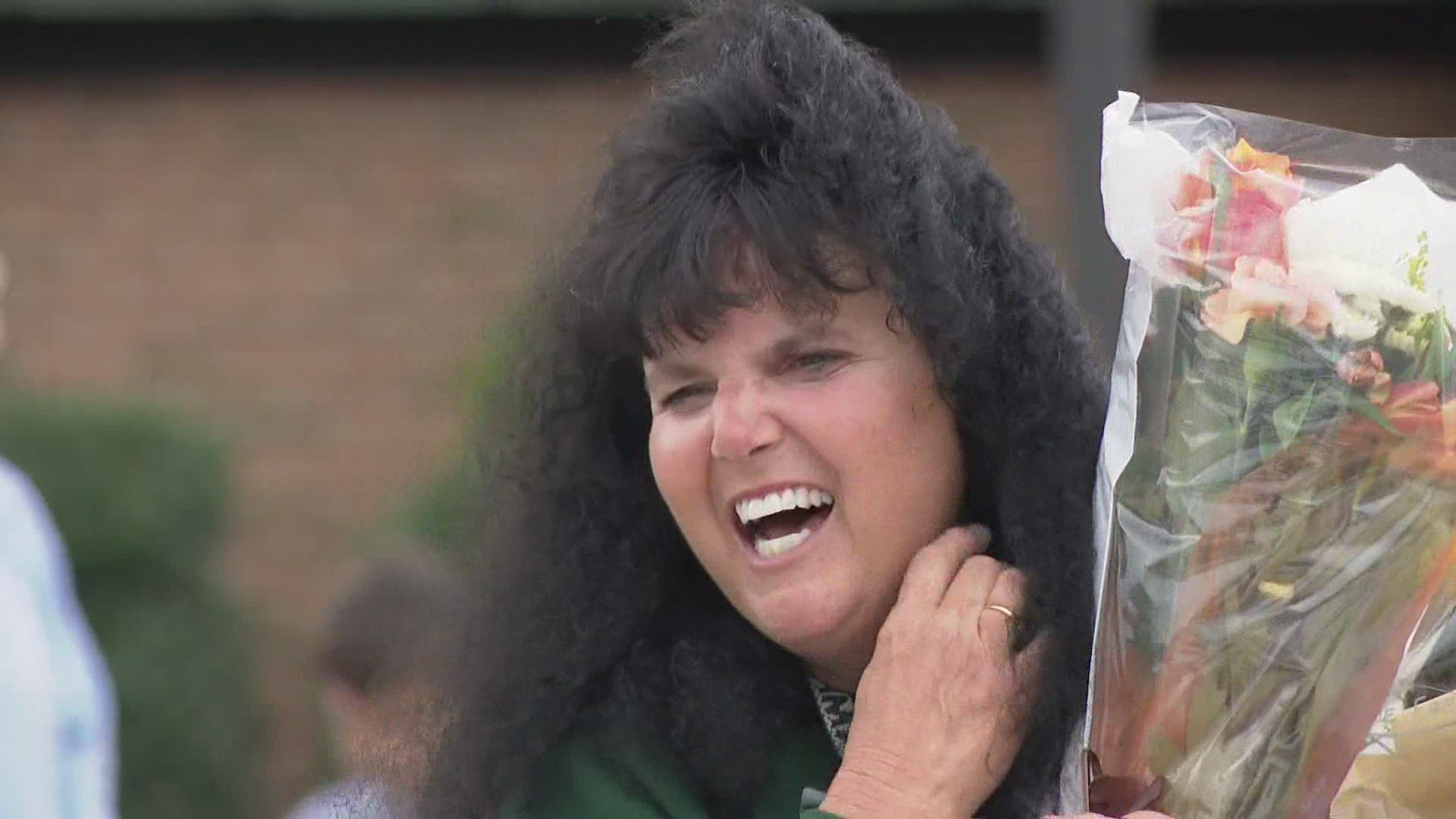 COOPERSVILLE, Mich. — Due to the COVID-19 pandemic, learning hasn't happened inside Coopersville's South Elementary School in more than two months, but that didn't prevent one of its retiring teachers from experiencing a surprising and memorable moment, thanks to hundreds of her past and present students.

"It's a home," said Denise Lampe, 57, who decided to retire after 33 years as an elementary educator in the Coopersville Public School System. "Packing up and knowing it's over has been very emotional for me."

Tuesday morning, Lampe, her husband, Scott, and her daughter, Alexis, filled plastic bins with decades-worth of supplies that was stacked up in cupboards, as well as personal items from all the corners throughout her classroom.

After that, Lampe left school for the last time as a full-time teacher. When she exited the building, she saw what seemed like an endless line of cars, complete with a police escort.

Credit: WZZM
An estimated 100 cars, packed with past and present students, as well as Coopersville community members, said 'Goodbye' to Mrs. Lampe.

"I didn't realize I meant that much to people," said Lampe.

Lampe walked to the curb near the school's front entrance and began meeting and greeting the people in every car that drove slowly by, with proper social distancing practices being self-enforced, of course.

Lampe stood near the curb for nearly 45 minutes as former and current students, and several Coopersville community members, wanted to wish her farewell and a happy retirement. Many of them stretched out their rolled-down car windows and handed her gifts or flowers, while others had created special signs that said, "My favorite teacher," or,"Best wishes, Mrs. Lampe."

One former student rolled up with a sign, apologizing for a classroom 'sin' she committed decades ago. She apparently stayed late on purpose, in Mrs. Lampe's 3rd grade class, so she could pour Elmer's Glue on her hands.

Credit: WZZM
One of Mrs. Lampe's students chose to use her retirement parade to apologize for a decades-old classroom 'sin' she committed in third grade.

When Lampe saw the sign, she laughed, and jokingly told her former student, "You go to timeout," referring to the location in the classroom where disobedient kids go.

One of the most memorable cars was filled with the Byrd family. There were two generations of Mrs. Lampe's former students inside as it rolled up to greet her.

"I had Mrs. Lampe during either her first or second ear of teaching," said Chad Byrd. "She was one of my favorite teachers.

"I remember giving her Christmas gifts two or three years after I was done with her class. She was special."

This past school year, Chad's daughter, Hadleigh, was in her 4th grade class.

"She was the best teacher ever," said Hadleigh, referring to Mrs. Lampe. "I loved her because she gave us pop and candy all the time.

"It was really fun being here and seeing her again."

After nearly 40 minutes, and a hundred cars, the parade ended.

"It just means the world to me that this community has done this for me," said Lampe. "It makes me want to call a meeting with the principal and re-apply for my job."

Lampe offered up one last lesson for future educators to consider as they embark on a similar career path.

"We worry so much about the test scores," said Lampe. "It just seems like there's more important things than just academics.

"School is about touching the lives of the kids, and the relationships that are created. It's about how I made them feel, and the love, respect and fun we had together over 33 years." 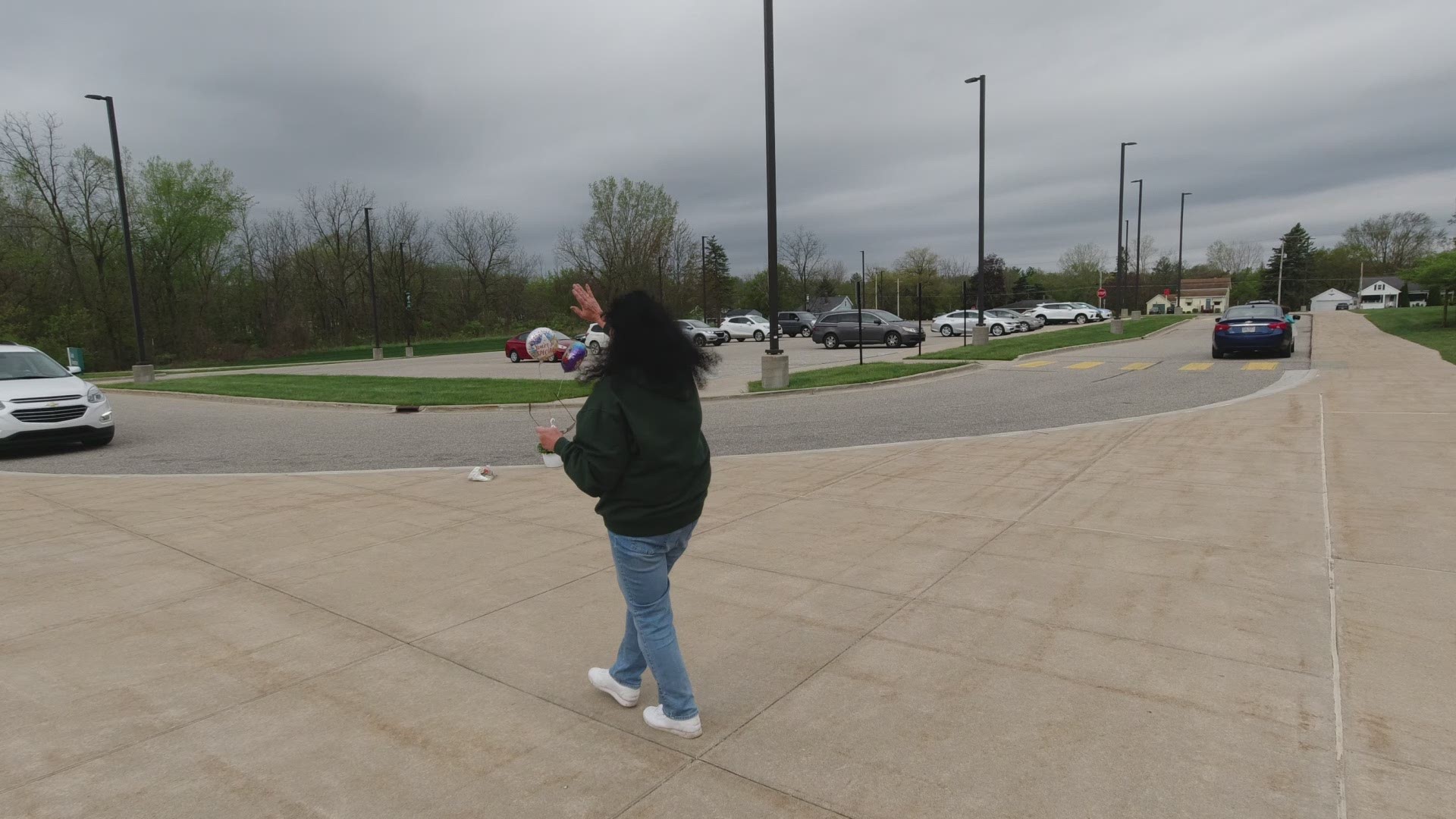 Lampe says she hopes to volunteer at the school occasionally in the future, but when post-pandemic life begins, she and her husband plan to jump-start their retirement with some serious travelling. 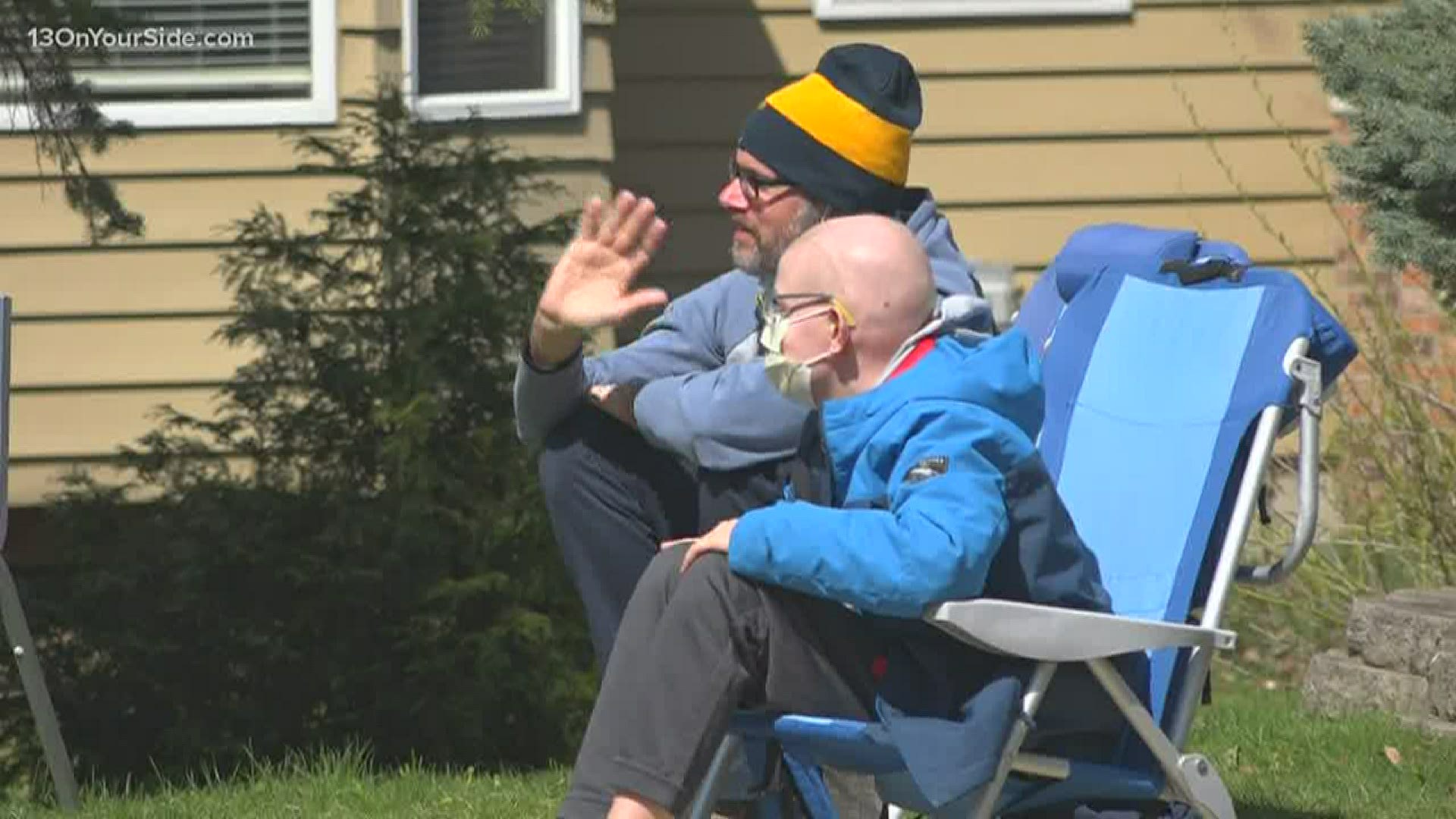