Don't be alarmed: Emergency Alert System to be tested Wednesday

A nationwide test of the Emergency Alert System will take place Wednesday, August 7 at 2:20 p.m. 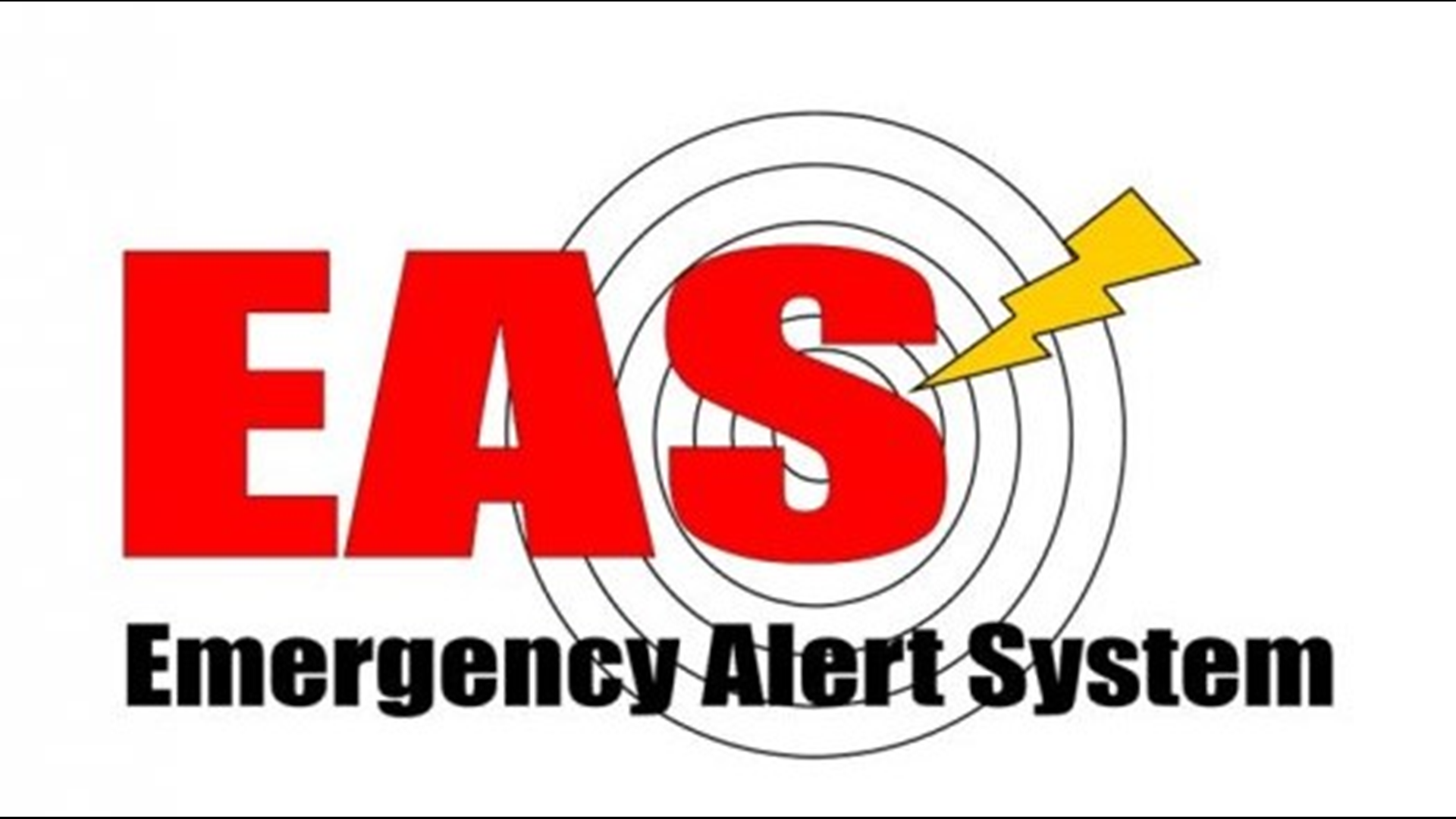 GRAND RAPIDS, Mich. - Don't be alarmed when you sirens go off on the TV or radio Wednesday afternoon -- it's just a test.

According to the Kent County Sheriff's Office, FEMA will conduct a nationwide test of the Emergency Alert System for its radio, television, cable and direct broadcast satellite service providers who participate in the system. The test will take place Wednesday, August 7 starting at 2:20 p.m.

A backup date is scheduled for Wednesday, August 21 if needed.

The test will be about a minute long, and it will look and sound similar to the required monthly test message broadcast by EAS participants.

The EAS test message will be:

“THIS IS A TEST of the National Emergency Alert System. This system was developed by broadcast and cable operators in voluntary cooperation with the Federal Emergency Management Agency, the Federal Communication Commission, and local authorities to keep you informed in the event of an emergency. If this had been an actual emergency an official message would have followed the tone alert, you heard at the start of this message. No action is required."

Again, this is only a test and is not a real event. The sheriff's office says no action is needed by the public. It is also important to know this test does not include wireless emergency alerts, so alerts broadcast through wireless devices such as cellphones are not expected nor being tested.