The SUV's driver was treated and then released from the hospital. A bus aide on board the school bus at the time also suffered minor injuries.

SPRING LAKE, Mich — The Ottawa County Sheriff's Office has cited a driver for causing a crash that caused a school bus to roll over into a ditch last Friday.

On Sept. 24, several witnesses said an SUV pulled out into the path of an oncoming Spring Lake Township School bus near the intersection of Leonard Street and 148th Avenue.

The school bus was carrying a small number of students.

Authorities said the vehicles collided head-on, and the bus hit a power pole before coming to rest on its side.

Medics rushed the 84-year-old driver for treatment, but he has since been released from the hospital.

The six students on board were not hurt.

The sheriff's department cited the SUV's driver for failure to yield right of way. 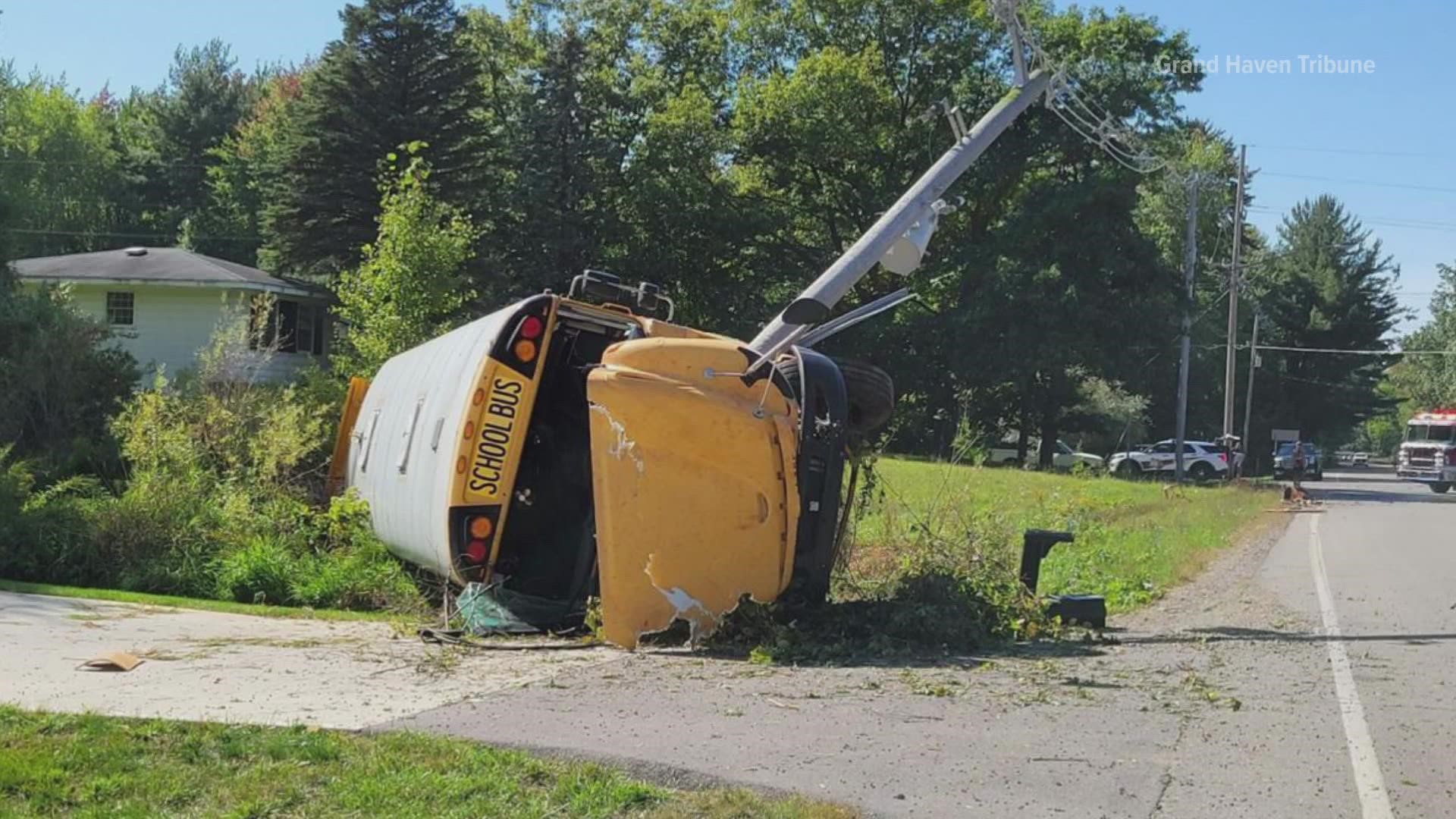