Spectrum Health's Dr. Brian Lane was diagnosed with stage 4 Sarcoma in January. He'd never been to a Super Bowl, and knew this year was likely his last chance. 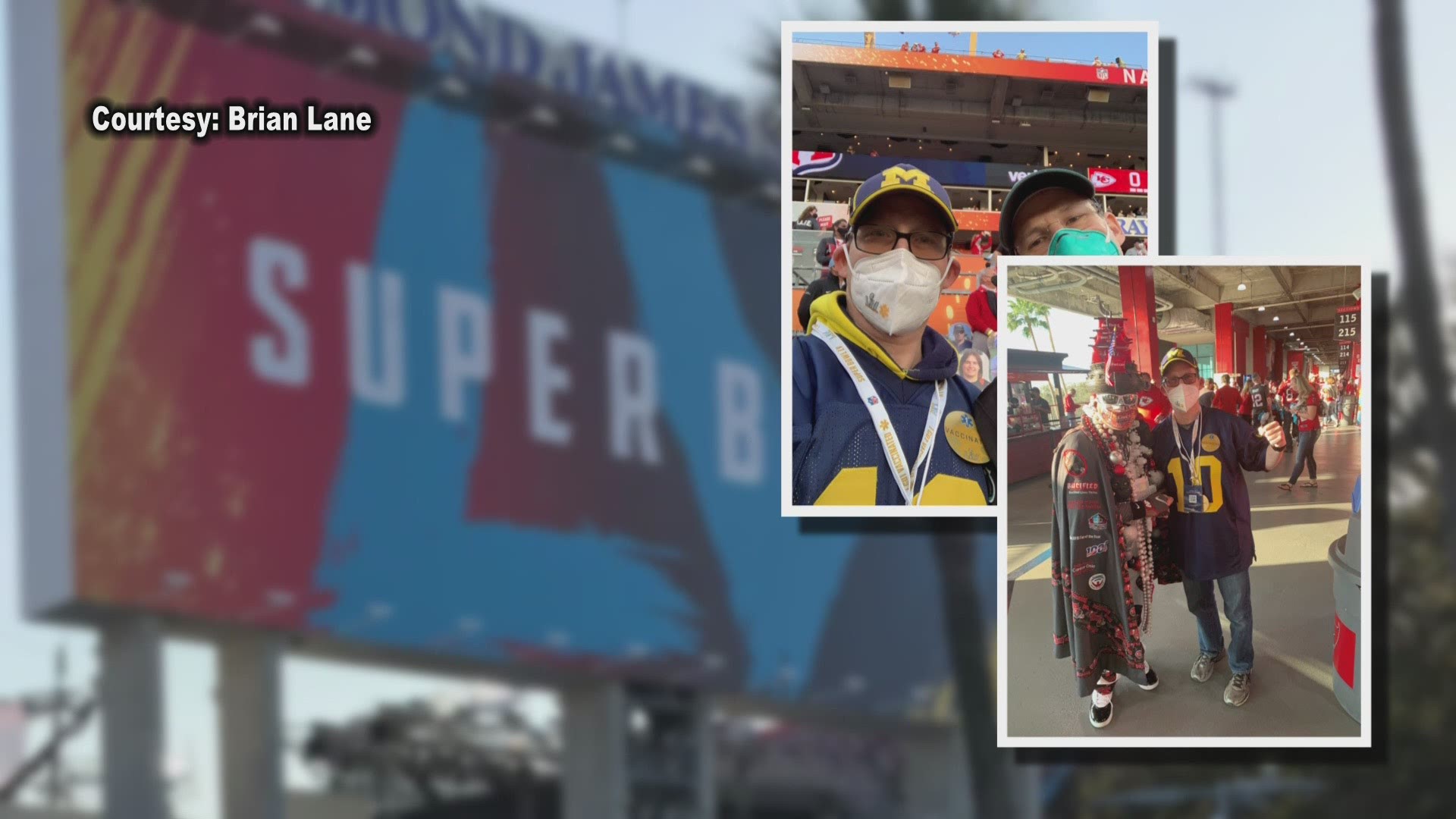 GRAND RAPIDS, Mich. — Less than a month after being diagnosed with stage 4 Sarcoma and being given 12-18 months to live, Spectrum Health's Dr. Brian Lane's dying wish came true, as he was able to attend Super Bowl LV and see fellow University of Michigan alum Tom Brady win the big game for a record 7th time. 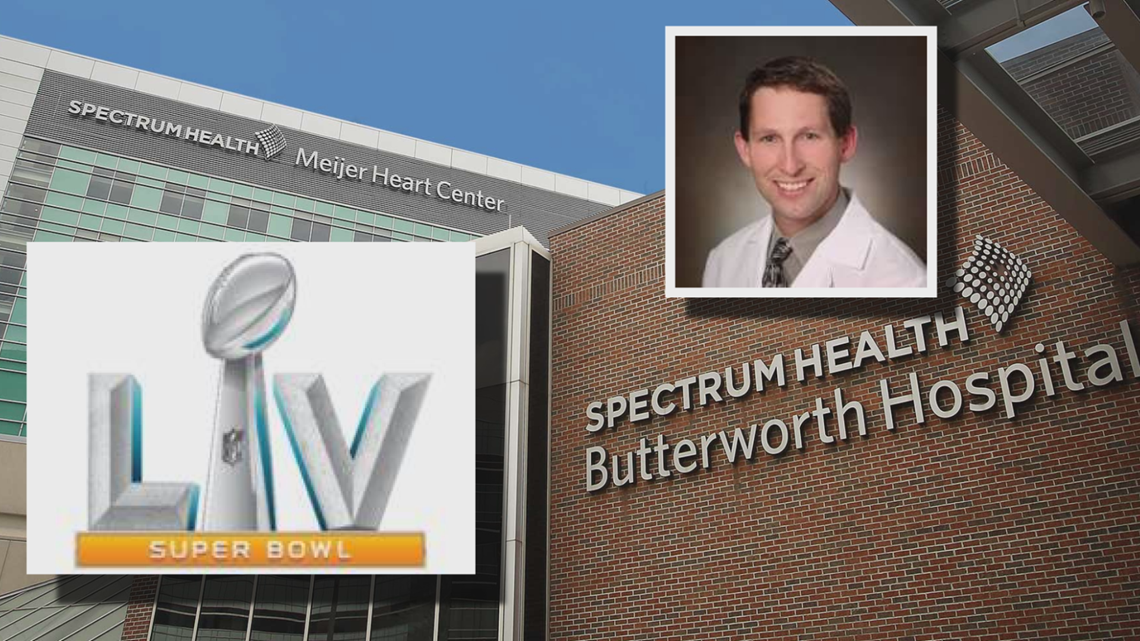 Soon after Dr. Lane received his diagnosis, he started to think about things in life he had yet to experience.

Attending a Super Bowl was at the top of his list.

The Spectrum Health communications department caught wind of the doctor's dying wish and sent a letter Dr. Lane wrote to the NFL. All the league wanted was proof that Dr. Lane had received a COVID-19 vaccination, which he did.

Within hours, Dr. Lane had his ticket to the big game.

Along with a friend who was also serving as his caretaker, Dr. Lane flew to Tampa, FL. on Saturday, Feb. 6 for his exciting weekend.

"I am absolutely living the life," Dr. Lane said during a Zoom interview from the comforts of a beach chair Monday morning. "The Super Bowl is a top-notch event."

Dr. Lane says his game day experience was incredible. All the roads around Raymond James Stadium were closed so cars were unable to access.

Credit: Brian Lane
Dr. Brian Lane wasn't shy about which team he wanted to win Super Bowl LV. He work his U of M hat and his Tom Brady #10 U of M Jersey.

"It was about a mile walk to the stadium and I knew that there was no way I could do that," said Dr. Lane, who endured a chemotherapy treatment in Grand Rapids earlier in the previous week. "I needed assistance and the people there were more than willing to help me."

Once inside the stadium, Dr. Lane ventured to his seat, which was in the lower bowl, about 30 rows up from mid field.

"I don't know what a different Super Bowl would have been like," said Dr. Lane. "There was definitely some peculiarities about this one because of COVID-19."

Dr. Lane says in order to maintain six feet between each patron, there were cardboard cutouts of fans to fill the empty seats.

As for the game, Dr. Lane had always wanted to see Tom Brady play in person. He attended the University of Michigan Medical School at the same time Brady was a backup quarterback on the football team.

"It was amazing seeing him, and in a Super Bowl, no less," said Dr. Lane. "Brady played a flawless game, but it was the Tampa Bay defense that won the game.

"I don't know how on Earth you can hold the Kansas City Chiefs without a touchdown."

Tampa Bay would win its second championship in franchise history, beating Patrick Mahomes and the Chiefs, 31-9.

Dr. Lane says he never felt ill at any point during the game. In fact, he and his caretaker stayed all the way to the end, including through the celebration and the Vince Lombardi Trophy presentation to the Buccaneers.

"It was funny because a couple of guards kept coming up to us asking if we were in the right seats," added Dr. Lane. "To the casual observer, we looked like anybody else enjoying the game, even though we were in a handicapped section."

Dr. Lane says he brought a chemo survival kit with him to the game to insure he wouldn't experience any bouts of nausea.

"The magic formula for esophageal spasms is a bottle of lukewarm water and a bottle of Pepto Bismol," said Dr. Lane. "The key is to not eat any hot food or drink any icy cold beverages.

"Lukewarm water and Pepto Bismol is the beverage of champions."

Dr. Lane says he's grateful for the experience and for all those who have reached out to him and his family these past few weeks in support.

"This is the type of experience that's once in a lifetime and I'm so thrilled," said Dr. Lane. "I don't think I could wish or hope for anything more."

Dr. Lane says he doesn't really have any other major 'bucket list' items he needs to cross off. He says he plans to live each day well, minimizing the time of feeling extremely ill and maximizing the remaining time he has with his wife and children.

Credit: Brian Lane
The NFL invited over a thousand health care workers, who've been on the front lines of COVID-19, to Super Bowl LV. Dr. Brian Lane was among them.

He says he also managed to make a connection in Tampa with a family friend of Tom Brady. He's hoping the friend shares his story with Brady, which might lead to a meeting between the two U of M alums within the next year. 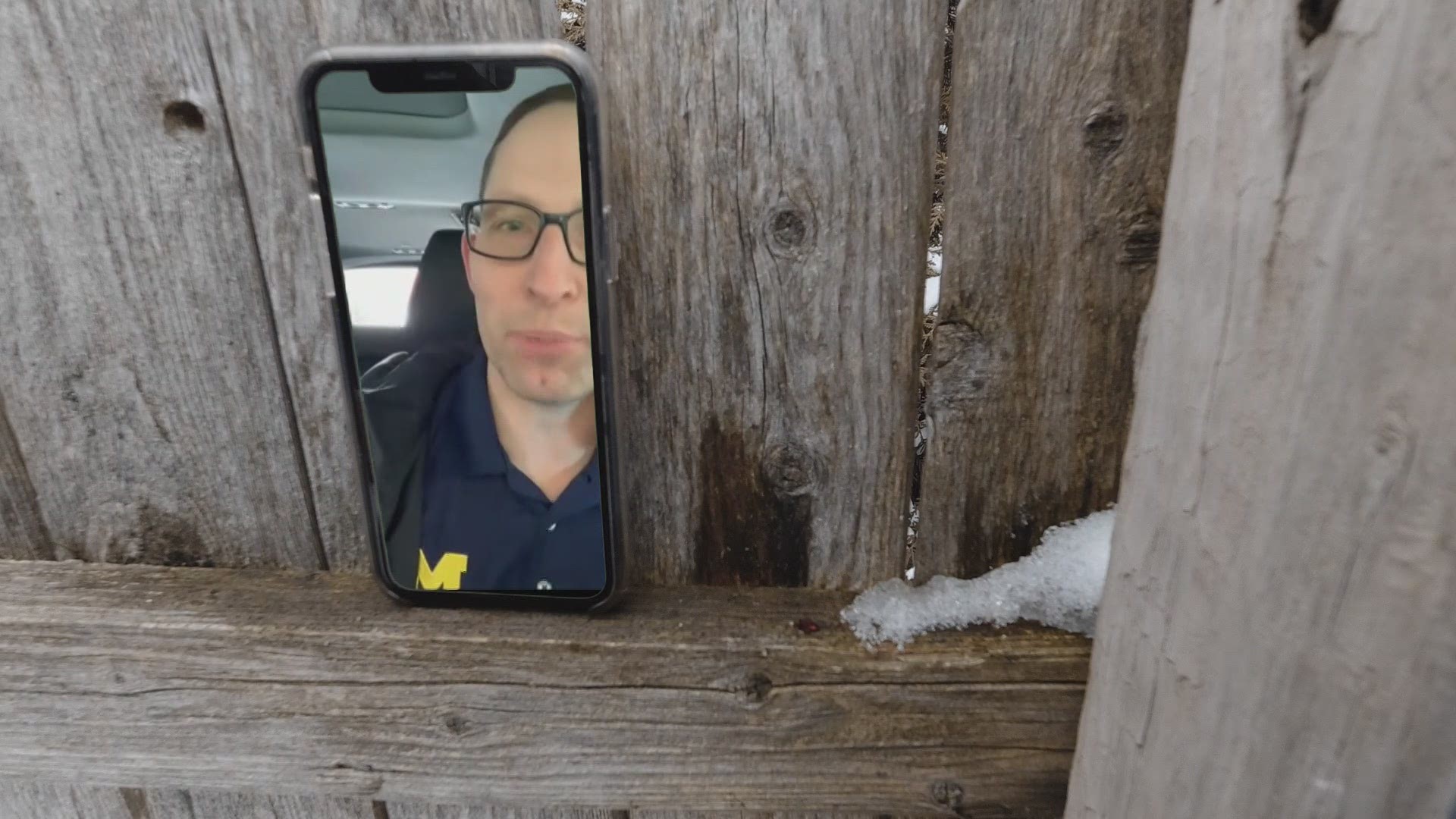