KKK MEMORABILIA CONTROVERSY | The officer at the center of a Ku Klux Klan memorabilia controversy has been placed on administrative pending the outcome of an investigation. The Muskegon NAACP is calling for a review of that officer's arrests and traffic stops, to see if a disproportionate number of people of color have  been targeted.

EPSTEIN LATEST | Guards on Jeffrey Epstein's unit were working extreme overtime shifts to make up for staffing shortages the morning of his apparent suicide. The mystery surrounding how he was able to kill himself in jail comes as investigators have been digging into allegations of sexual abuse and conspiracy against Epstein.

MISSING HOLLAND MAN | Family and police are searching for 50-year-old Carlos Rodriguez. He hasn't been seen or heard from since August 7.

GET GAS NOW | If you need gas, fill up Sunday or first thing Monday morning. The national average price dropped to its lowest level Sunday since March 24, according to GasBuddy petroleum analysts. Prices will likely jump early in the week, but then drop again.

SIMONE BILES MAKES HISTORY | Olympic Gymnast Simone Biles keeps pushing the limits of her sport to new heights, and she did so again with a new historic first. Biles is the first person to ever land a double-double dismount from the balance beam.

THE FORECAST | Showers and thunderstorms are possible starting late Monday night. Today will be mostly cloudy, very warm and humid. 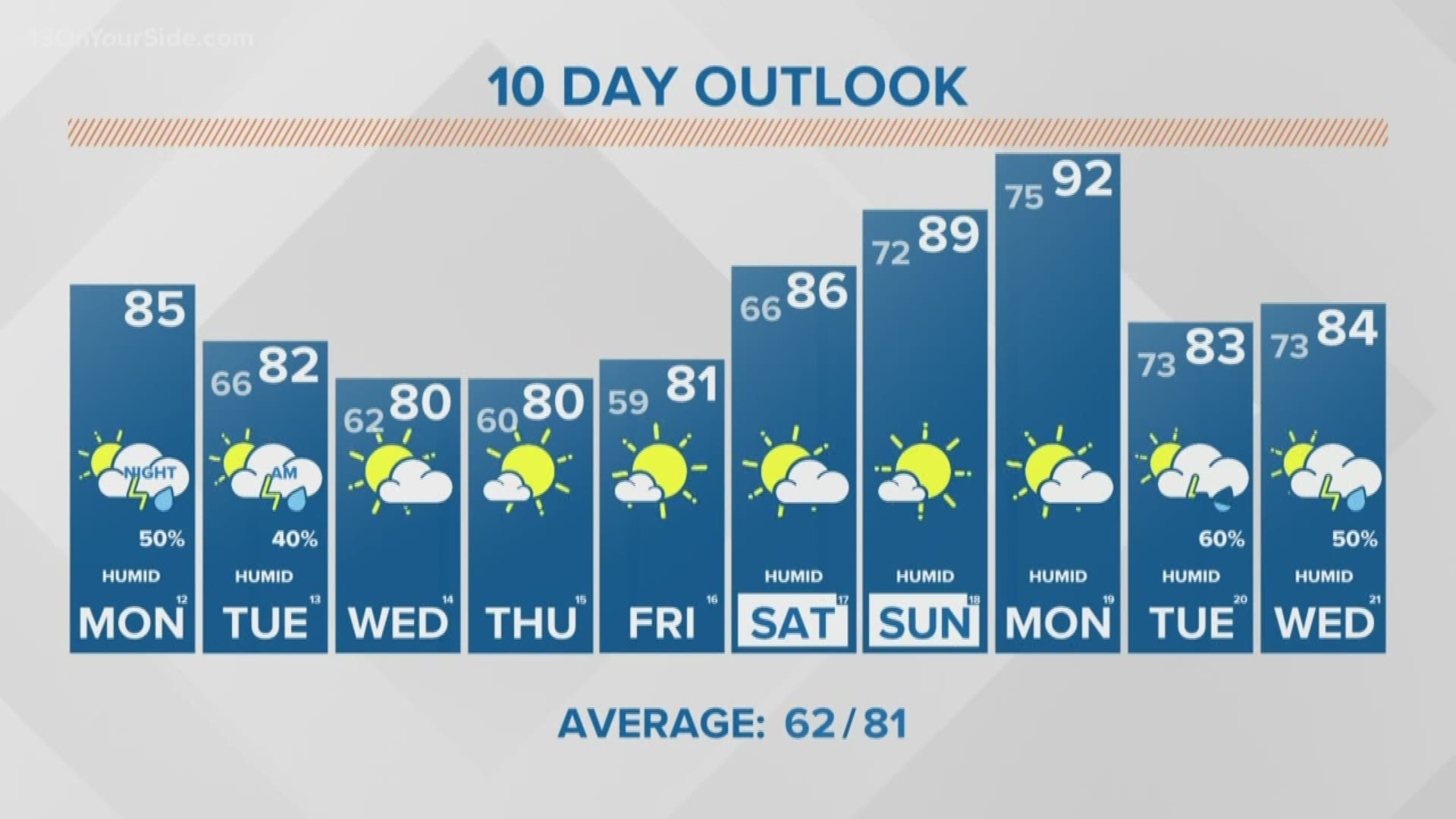