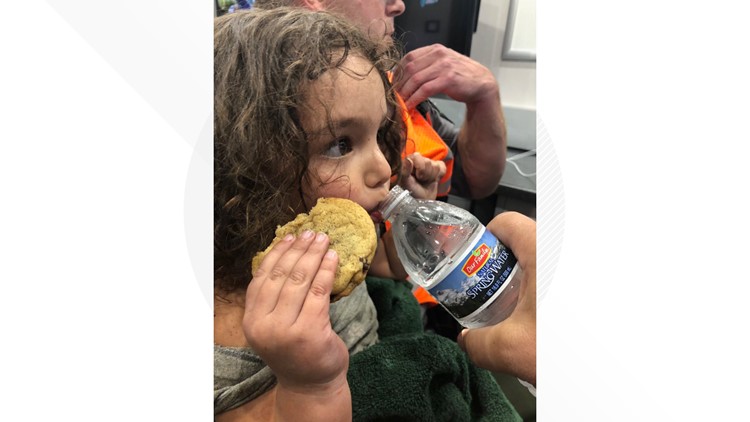 MISSING TODDLER FOUND | Authorities located 2-year-old Gabriella Roselynn Vitale Tuesday afternoon. The toddler had been missing for 24 hours in the woods after wandering away from a camp site where her family was located. She was found less than a half mile from where she went missing and was in "good condition and good spirits."

IONIA COUPLE ON THE RUN | The Ionia County Sheriff’s Office is asking for the public’s help in locating a man wanted in connection to crimes against children. Deputies believe the man and his wife may be planning to leave the country to avoid his arrest.

BELDING FACTORY SHUT DOWN | The Ionia County Health Department has issued an imminent danger order against a Belding factory, shutting it down for a potentially dangerous public health concern. Kassouni Manufactoring Inc has had multiple acid fires and gas released that, the building is also in poor condition.

STATE DENIES PORTLAND FLOODING AID | The State of Michigan denied aid to Portland communities hurt by severe flooding, saying local communities were able to cover their losses. Ionia County asked the state to cover about $105,300 in costs related to the flooding from February -- Portland's losses represent about $100,000 of that sum.

MOTORCYCLES TAKE OVER MUSKEGON | Now that Muskegon's 150th celebration is over, Rebel Road and Muskegon Bike Time can now take over -- bringing in thousands of visitors and motorcycles. Rebel Road will take place from Wednesday to Saturday in various places along Western Avenue. New this year for Bike Time will be on-site camping right in the heart of downtown Muskegon.

For these stories and many others, watch 13 ON YOUR SIDE Mornings at 6.