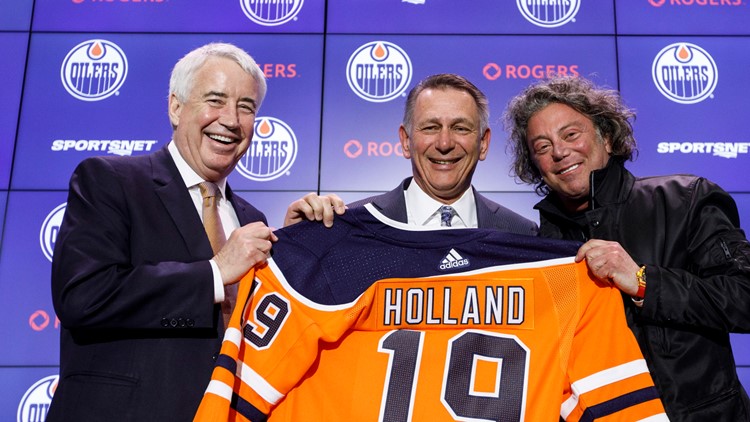 Holland takes over the struggling team from interim GM Keith Gretzky and one of his first tasks will be finding a new coach. Veteran Ken Hitchcock will not be back next season after taking over in November for the fired Todd McLellan.

Edmonton has made the playoffs just once since advancing to the Stanley Cup Final in 2006, and the Oilers hope Holland is the GM who can finally build a contender around superstar captain Connor McDavid.

"There's lots of great pieces in place here," Holland said. "I'd like to think we're talking playoffs in '19-20 when you look at some of the young players on this team."

The Red Wings promoted Holland to senior vice president in April after hiring Steve Yzerman as general manager. Holland said a trip to the under-18 world hockey championship last month with Yzerman and the Red Wings staff made him realize he still had the appetite for a hands-on position.

"I realized that I had the passion, the energy, the enthusiasm (and) the desire to continue to be a general manager in the National Hockey League," he said.

The Oilers fired general manager Peter Chiarelli in January as the team struggled to stay in the Western Conference playoff race despite having a team led by McDavid, arguably the best player in the world, and star forward Leon Draisaitl.

Chiarelli was in his fourth season with the club, leading the team to a single playoff appearance in 2016-17. The Oilers advanced to the second round before losing to Anaheim in seven games.

The Oilers hope the combination of Holland and a new head coach, which will be the team's eighth since 2009, will give the team the stability it expected to get with Chiarelli and McLellan running the show.

"We have not delivered in the promise we made to our fans in recent years," team owner Daryl Katz said. "You know it, I know it, we all know it."