For music instructors, differences in internet speeds and virtual lessons make singing together a challenge. 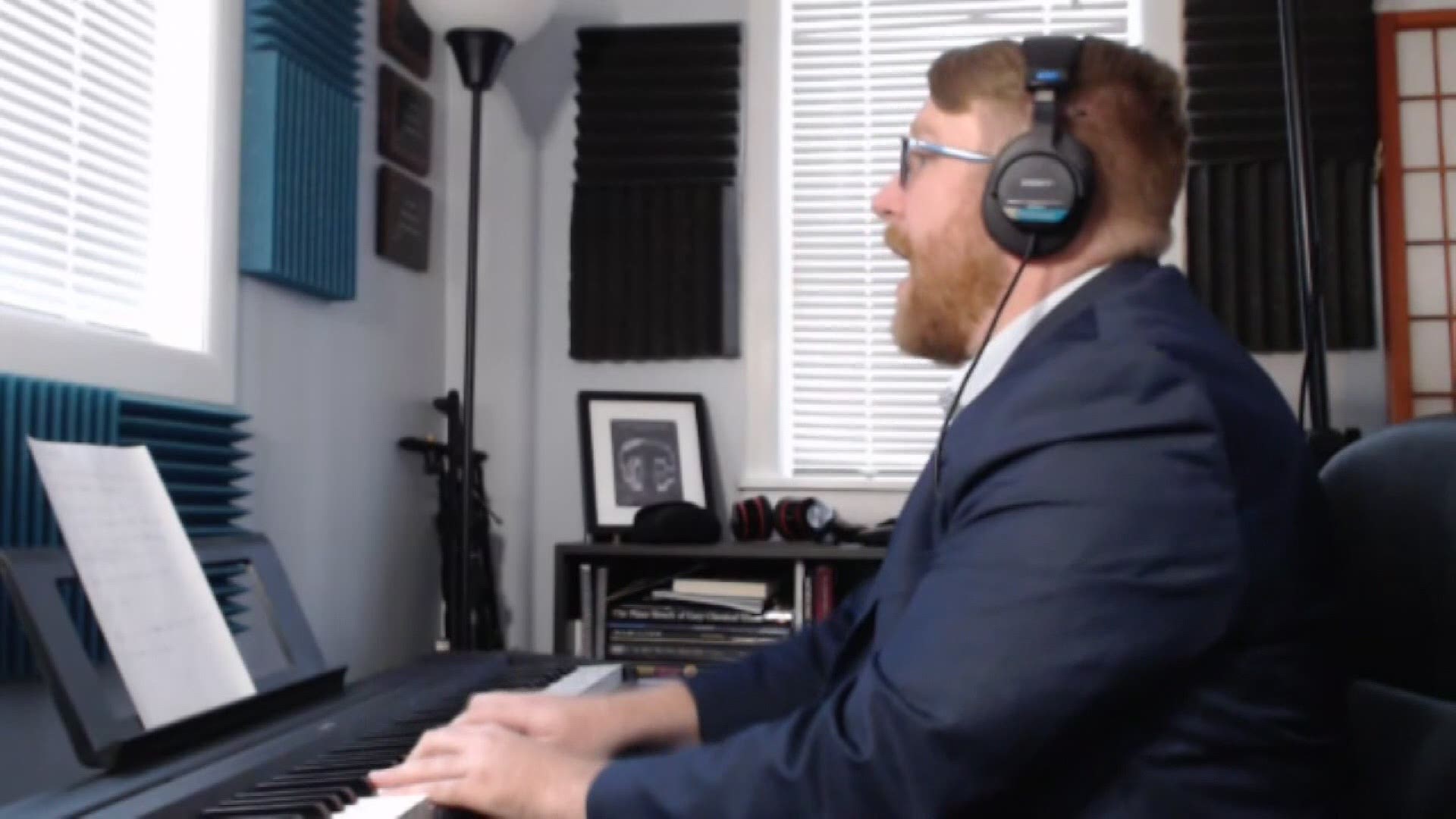 LOWELL, Mich. — Since his school went entirely online, Nathan Masterson has been teaching his students through Google Meet and other platforms. This is especially challenging for Masterson, as he is the Director of Choirs at Lowell Area Schools.

"I play the piano and sing to myself in my home while looking at the camera," said Masterson. "And I have a panel of students silently staring back at me through their cameras."

He has had to become inventive with how he teaches the different harmonies for his choirs. That's because each student is on different internet speeds, and if they tried to sing together on Google Meet or Zoom, it would not sync together.

Instead, Masterson spends a lot of time recording himself singing each sections' parts. He breaks the class down into these sections, and works with them on their notes and rhythm. Often, he has students record videos of themselves, and he gives individual feedback. Lowell was mainly using a hybrid model of teaching this year, but lately have been all virtual. Many of Masterson's classes were spent mixed between small, in-person groups and online.

However, when it was time for his choirs to give their performances, that now had to be online too. So, he came up with the idea of an online video concert. The result were two final Youtube videos the students can share and save.

"It looks like it's a Zoom type call," said Masterson. "It actually takes several months of work to bring it into fruition."

He said it was not easy coordinating the videos. First, he had to create rehearsal tracks for each section in each choir. Then, students would practice singing along with the video to the teacher's voice. He also had to teach the students how to record and submit their videos of them singing their part. To edit the piece together, audio from each clip had to be synched with each section, synched with the rest of the choir. A student teacher from Central Michigan University edited the videos together, which Masterson said took about 60 hours of work.

"Music is a shared experience. It is very hard to replicate even a small portion of that through silent monitors and muted microphones," said Masterson.

"The biggest challenge, in my opinion, of teaching music online is the feedback from students," said Masterson. "The director depends on the ensemble to perform the music, and the ensemble depends on the director to keep everyone together and focused, to point out mistakes, and to offer the solutions of what we can do to be better. It's like a constant give and take."

Nevertheless, Masterson has been figuring out how to teach his students virtually during a global pandemic. He says those students have been amazing at adapting to these situations.

"These types of times, where the kids are so very isolated," said Masterson, "I think it's incredibly important that they have an emotional outlet."