Nationally, the settlement will result in debt relief of nearly $330 million for 35,000 borrowers who have outstanding principal balances.

Nessel secured an agreement for $18,981,647.32 in debt relief for Michigan students. The agreement is part of a settlement with 47 other attorneys general and the federal Consumer Financial Protection Bureau.

Nationally, the settlement will result in debt relief of nearly $330 million for 35,000 borrowers who have outstanding principal balances.

The settlement is with PEAKS Trust, a private loan program run by the for-profit college and affiliated with Deutsche Bank entities. ITT filed bankruptcy in 2016 amid investigations by state attorneys general and following action by the U.S. Department of Education to restrict ITT’s access to federal student aid.

“Thousands of students here in Michigan sought better opportunities through education and were pressured into financial agreements that the lenders knew or should have known these students couldn’t repay,” said Nessel. “As a result of this settlement, 2,372 loans in Michigan will be totally forgiven. Those affected will also receive updates to their credit reports to ensure any derogatory marks associated with PEAKS Trust and ITT are removed. I am proud of the members of my team who worked tirelessly alongside 47 other states to secure this relief for Michigan students.”

PEAKS was formed after the 2008 financial crisis when private sources of lending available to for-profit colleges dried up. ITT developed a plan with PEAKS to offer students temporary credit to cover the gap in tuition between federal student aid and the full cost of the education.

When the temporary credit became due, ITT pressured and coerced students into accepting loans from PEAKS, which for many students carried high interest rates, far above rates for federal loans. Pressure tactics used by ITT included pulling students out of class and threatening to expel them if they did not accept the loan terms. Many of the ITT students were from low-income backgrounds and were left with the choice of enrolling in the PEAKS loans or dropping out and losing any benefit of the credits they had earned, because ITT’s credits would not transfer to most schools.

The default rate on the PEAKS loans is projected to exceed 80%, due to both the high cost of the loans as well as the lack of success ITT graduates had getting jobs that earned enough to make repayment feasible.  The defaulted loans continue to affect students’ credit ratings and are usually not dischargeable in bankruptcy.

Under the settlement, PEAKS has agreed that it will forgo collection of the outstanding loans and cease doing business. PEAKS will send notices to borrowers about the cancelled debt and ensure that automatic payments are cancelled.  The settlement also requires the PEAKS to supply credit reporting agencies with information to update credit information for affected borrowers.

Students are not required to take any action to receive the debt relief. The notices will explain their rights under the settlement. Students may direct questions to PEAKS customer service via email, via phone at 866-747-0273, or via the Consumer Financial Protection Bureau at 855-411-2372.

In June 2019, Attorney General Nessel was part of a $168 million settlement that resulted in debt relief for 18,664 former ITT students. Michigan’s share amounted to $15.3 million. That agreement was with Student CU Connect CUSO, LLC, which also offered loans to finance students’ tuition at ITT Tech. 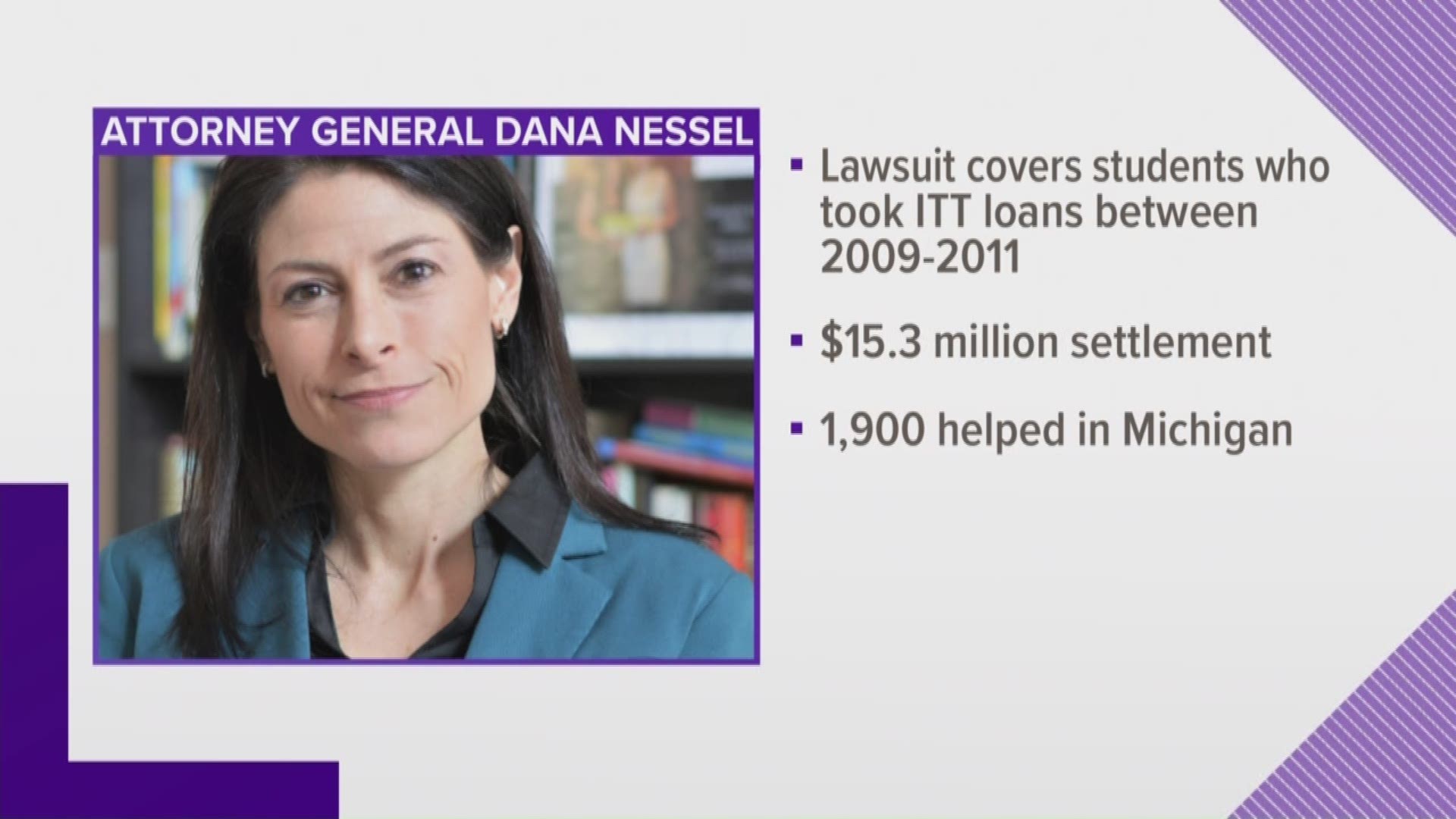