GRPS Board members are meeting Monday to select finalists. 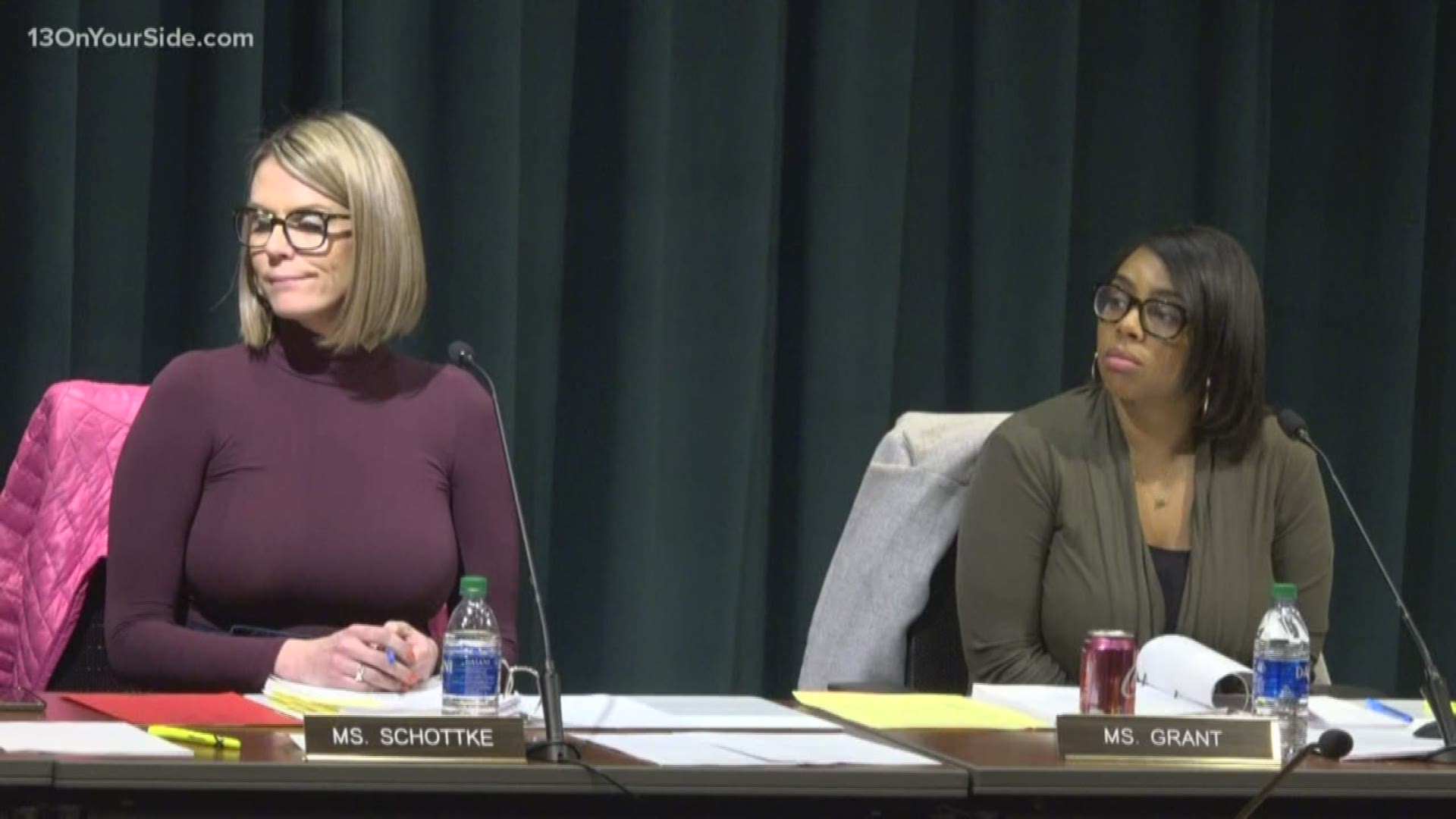 GRAND RAPIDS, Mich. — Grand Rapids Public Schools moves one step closer to finding the next leader of the school district. Monday, school board members are scheduled to meet to discuss which of the remaining candidates will make it as finalists.

"They have a work session at 4:30 p.m. They're going to discuss, who they'd like to bring back for final interviews that are scheduled for Feb. 17," says John Helmholdt, spokesperson for the district.

This is a very important stage in the national search. Helmholdt describes all of the semi-finalists as high caliber and very qualified. But, says board members are taking their time to make sure they get the "right fit."

"You have a really diverse group of talented individuals, any one of whom are capable of running a large school system," he says. "The board, I think, they're looking for a candidate that is high in customer-service responsiveness, obviously well-educated and someone who understands the dynamic issues facing urban public schools. They are looking for a person that can take the success of the GRPS Transformation Plan to the next level, because as a district we are gaining state and national attention for what we've achieved since 2012 when Theresa Weatherall Neal became superintendent."

RELATED: GRPS looks to use national firm in superintendent search

Weatherall-Neal retired from the district in July of last year. At that time, Ron Gorman, a veteran educator and administrator for the district took over the helm on an interim basis. Many were hoping he'd seek the position permanently. He did not.

"Dr. Gorman has been with the district for almost his entire career, so more than 20 years. He made it very clear from the onset that he was not interested in pursuing the superintendent job, but his passion and love for the district has remained," says Helmholdt. "He has been a steady hand at the wheel. I think that his goal was to leave this district better off -- either as good or better -- than it was when it was handed over to him for this interim position. He's hands-on and he's helping to continue to steer and keep us on the right course, in whatever challenges the district has faced. We had our second enrollment increase in two decades just this last fall count day. That is a sign of stability, which is one of the top goals of the Transformation Plan."

Helmholdt describes district challenges as being "typical" for any large organization during a time of transition. He says equitable funding is a specific challenge school districts, including GRPS, continue to deal with.

"A massive issue, probably the top issue facing the district is talent and the shortage of teacher talent. We consistently have 40 plus teacher vacancies from the start of school and to where we are today. And, so we are really stepping up efforts to recruit and retain our talent, not just teachers, but school leaders and support staff," he said. "

Board members will, undoubtedly evaluate how well each semi-finalist is equipped to deal with budget challenges and teacher shortages. Saturday, the board conducted the first round of interviews with the five candidates. Those were selected from a field of 39 from around the country.

"It's likely the finalist or finalists will come back on the 17th. It will be a day full of meetings and introducing the candidates to the rest of the district. Then, that day at 6 p.m. they'll do second round interviews and the board could potentially vote that night to select the next Superintendent Grand Rapids Public Schools," he says.

However, if the board ultimately feels none of the candidates are right, they could start the search all over.

"I mean they have the ability to go back to square one if need be. That's ultimately what they did the last time around. Remember, this is round 2. They went through an initial process, had worked with the Michigan Association of School Boards and we're down to two finalists. When they conducted the interviews, the Board of Ed just said, 'you know, this we're not going to just settle. We want to make sure we have the right person who's the right fit to lead this district to the next level' and so they paused it," says Helmholdt. 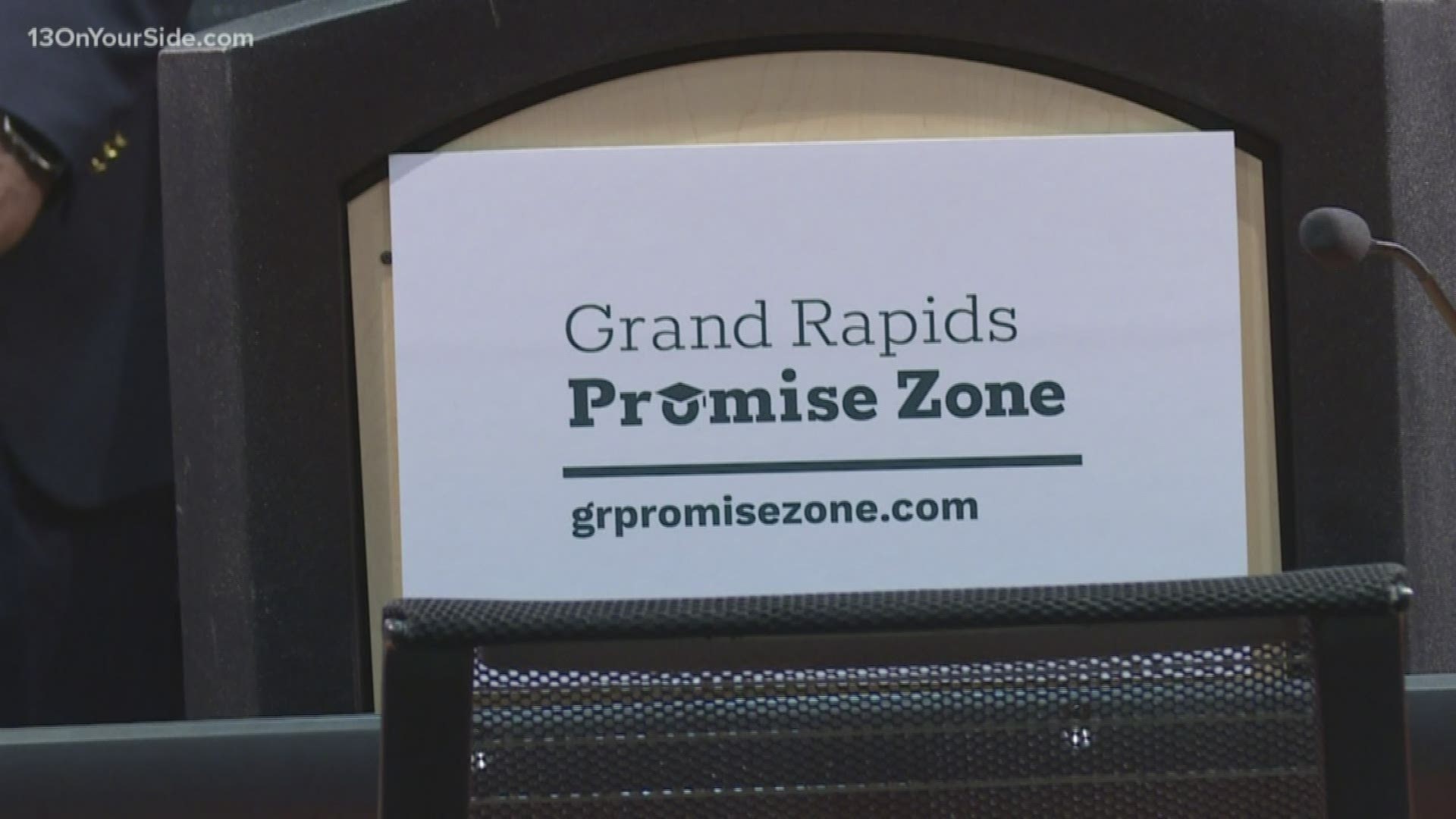 More Education News on 13 ON YOUR SIDE: