Six out of 10 Michigan school districts started the 2019-20 school year without enough teachers and are relying on long-term subs to fill classrooms. 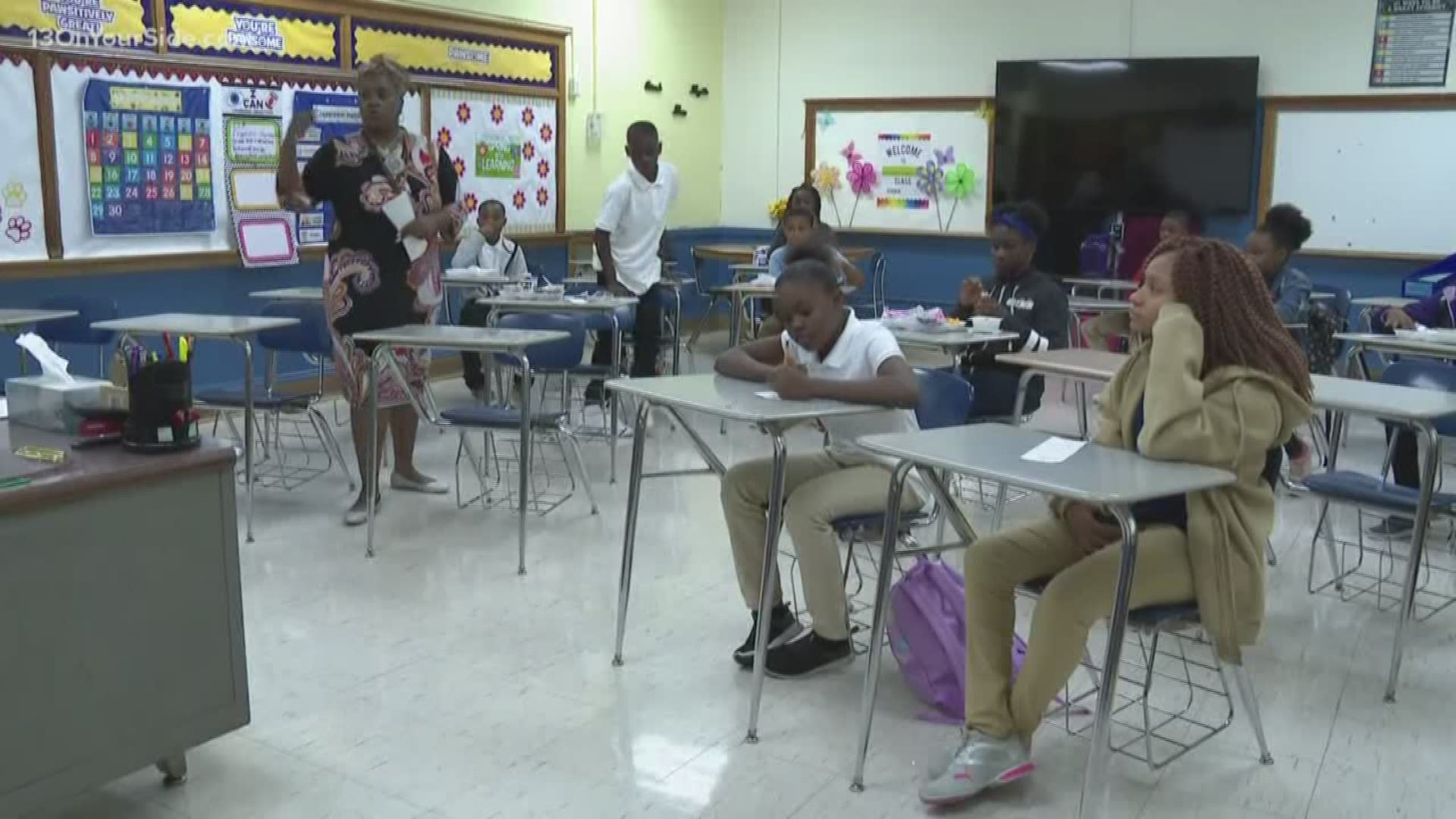 MUSKEGON COUNTY, Mich. — According to a survey of Michigan school superintendents, more than half started the 2019-20 school year with unfilled teaching positions.

Davis is concerned about a significant decline in the number of students in Michigan graduating from educator preparation programs.

"That should be heightened cause for concern," Davis said.

Davis described the teacher shortage as "critical" in a recent column on education for the Holland Sentinel.

"I knew that we had to raise a critical level of consciousness around this issue," he said.

The shortage can cause instability in some classrooms with districts working to attract new staff to fill open positions, sometimes at the expense of neighboring districts.

Davis says a student named Gabby who attends a school in West Michigan has had multiple teachers each year except for one from first to fifth grade, including one year with five substitutes throughout the year.

"It's going to be very difficult to reach those high levels of excellence that they can achieve if we do not have high quality performing stable teachers in the classroom all year long."

For Davis, the results of a Launch Michigan Survey of 17,000 Michigan educators is troubling and a sign the shortage of teachers will be a challenge for years to come.

"Only 25% of current educators would recommend the field of teaching to someone else, and even to their own children," Davis said.

On the dream to dream wall at the Muskegon Heights Academy, students have posted their future careers. Lawyer, actress, youth mentor, and registered nurse cover the dream wall.

Only two students posted on the way saying they want to be a teacher.

13 ON YOUR SIDE asked 100 Orchard View Middle School students to identify their career choice. A number said they wanted to be a professional athlete and have a dream for jobs in the arts.

Out of 100 second-grade students in Montague, nine said they'd like to be a teacher.

At the Muskegon Area Intermediate School District, Kelly Powers, associate Superintendent of Human Services, says a decade ago finding teachers was as simple as posting the position and waiting for the resumes to arrive.

"Hundreds of resumes coming from all over the country," Powers said.

This summer, one opening for a teaching position with a Muskegon County school only received 25 applicants.

"We're putting great people in front of kids, our pool is getting smaller and we need help with that," Powers said.

The schools 13 SEED teachers all have at least a bachelor's degree and will fill teaching positions while earning their teaching certificates over the next two years.

GVSU developed individualized course work for each SEED teacher and assigned teaching mentors to work with the teachers.

"So it's going to look a little different potentially for each candidate, it will be very personalized in an effort to shore up the area in which they might need some growth and development," said Dr. Paula Lancaster, Professor of Special Education at Grand Valley State University.

SEED teachers don't have to pay for the extra schooling, but they do have to stay in Muskegon Heights for five years.

"Our goal is to get a stable teaching staff, and we're hoping after those five years they're going to plan on staying forever," said Dr. Arnetta Thompson, Talent Management Director at the Muskegon Heights Public School Academy System.

"Their commitment is incredibly exciting," Lancaster added. "It certainly is one of the things that made us really want to make this project work and this program work."

Superintendent Davis also calls on every parent to do what they can to increase the chance their child's teacher is in the classroom the entire school year.

"Let's just lift the profession," Davis said. "Thank a teacher -- not just on teacher appreciation week, but all year long."

Area school superintendent tells 13 ON YOUR SIDE they're also concerned that students are pursuing more lucrative career choices because of the rising cost of college to become a certified teacher. 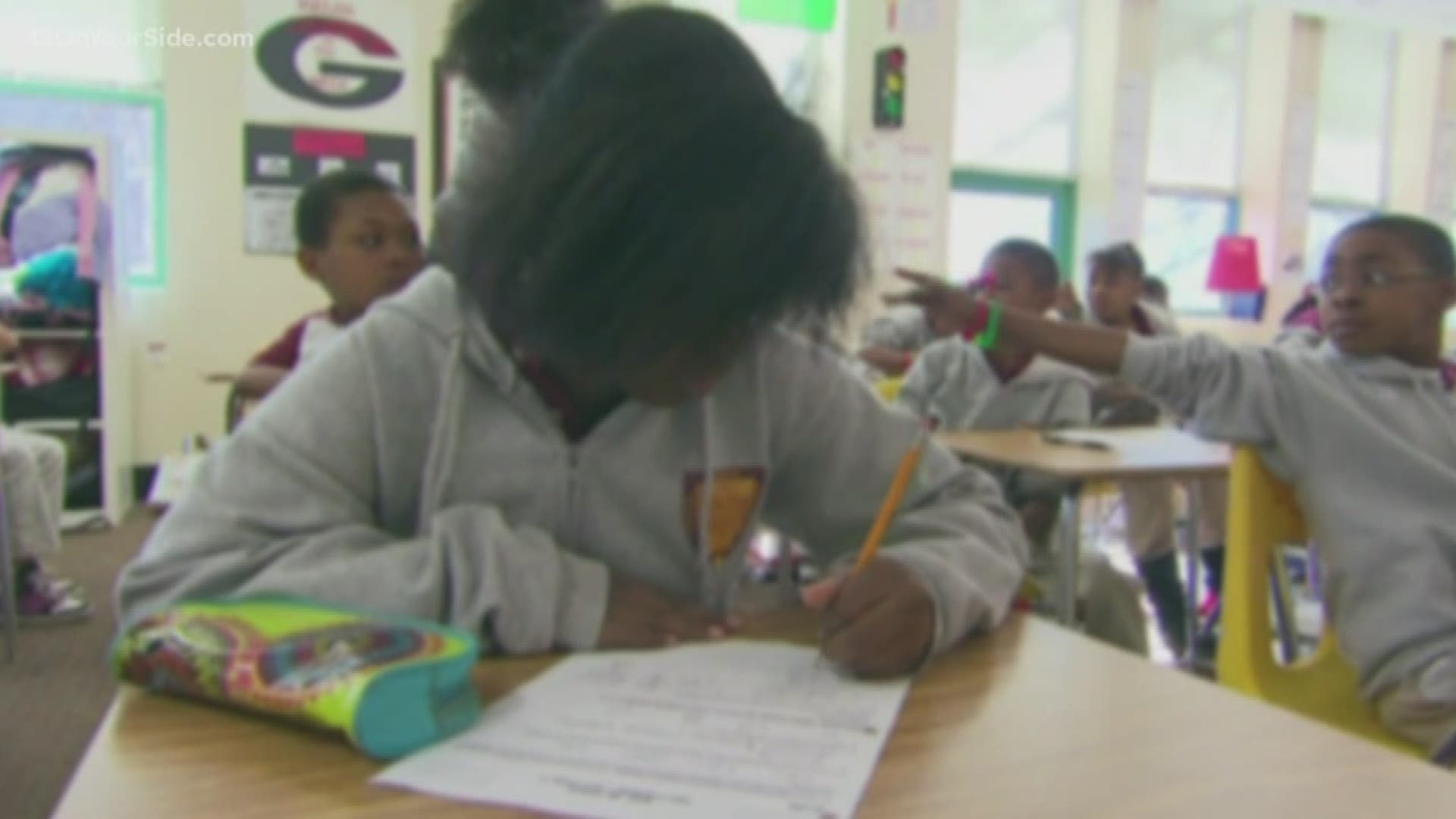