They are starting work to remove it on Thursday. 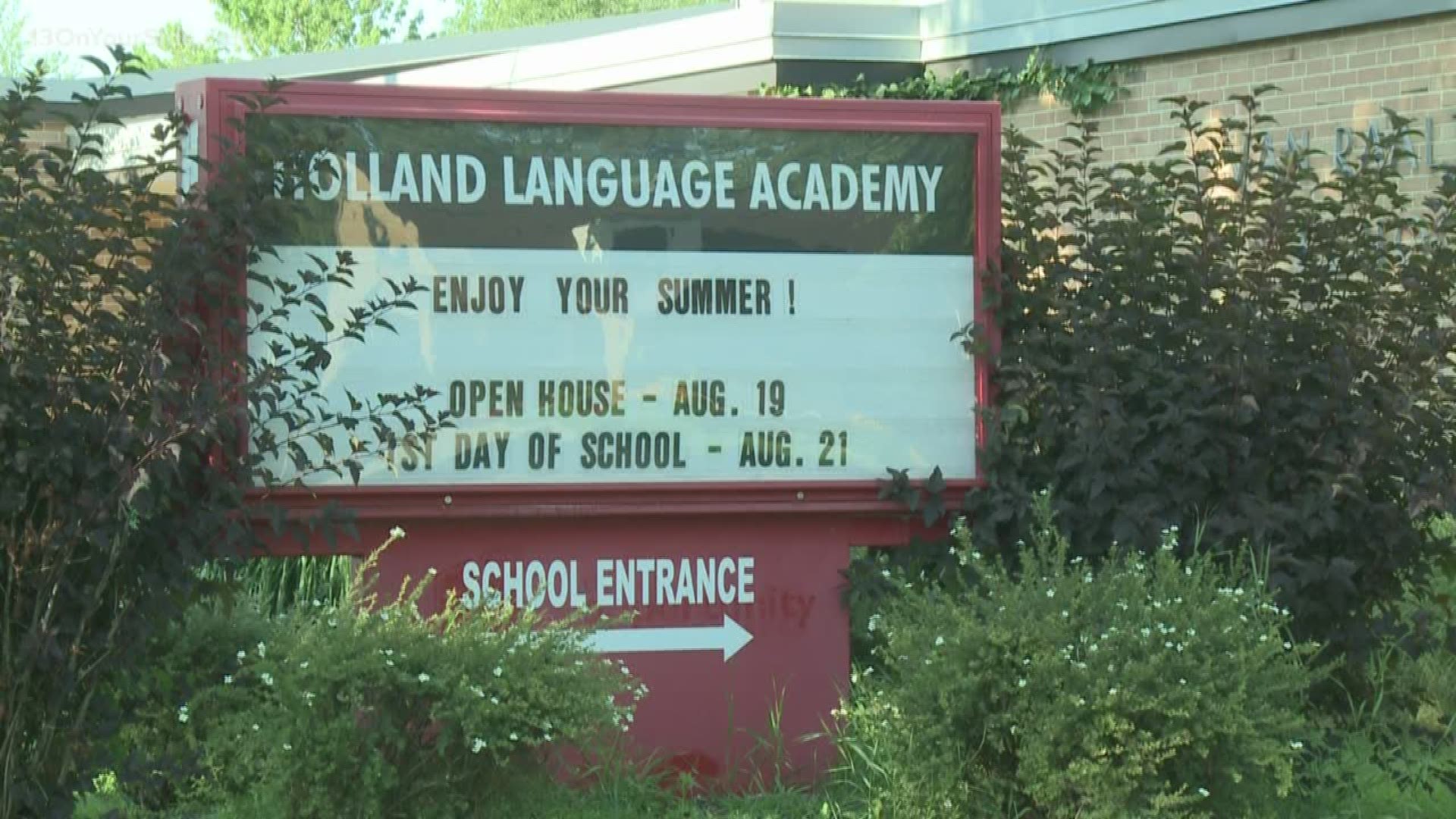 The Holland Language Academy, Holland Heights Elementary, and the Maplewood facility were affected, according to their website.

The district's contractors have started the remediation process at the Holland Language Academy (HLA) on Thursday, and have since closed the building.

Classes at the HLA building will be relocated to the Longfellow facility as the remediation process will take several weeks to complete.

"Less serious mold growth" was found at Holland Heights Elementary and the Maplewood facility, according to their website, and work to remove it will also begin on Thursday.

The cause of the mold is from the failure of the buildings' HVAC systems in mid July. The contractors say that they will remove any physical mold spores or colonization.

“We are taking extra precautions at HLA to fix the current problem and eliminate the risk of future contamination. This includes removal and replacement of all carpeting and other textiles throughout the building, whether or not they show signs of spore colonization,” Brian Davis, the district's superintendent said.

Davis will host an informational meeting for parents on August 15 at 7:00 p.m. at the performing arts center at Holland High School.