While Winfrey gifted the school with the donation, the school had a gift of their own for her - an oil portrait of her to honor her support for the school. 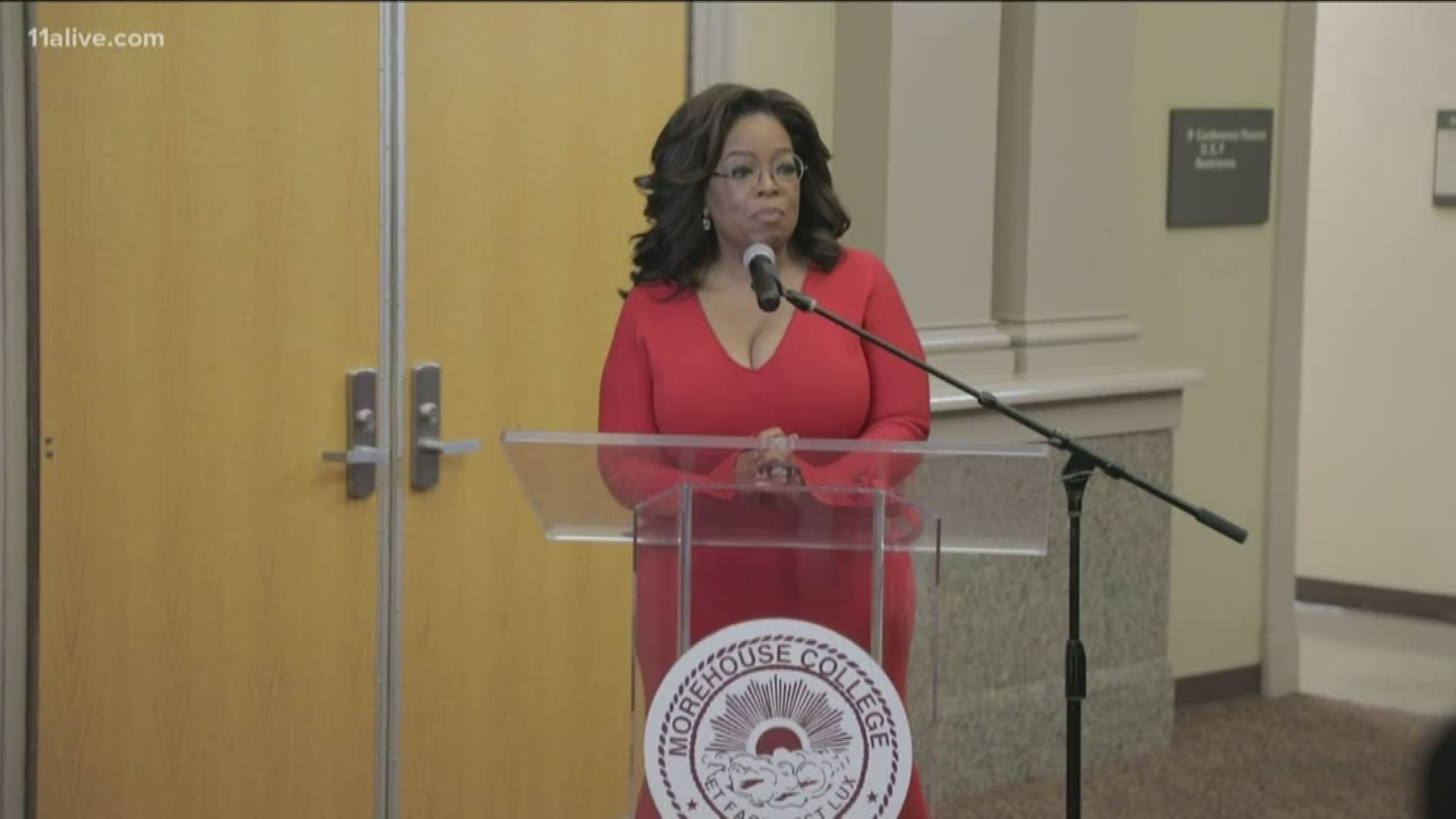 ATLANTA — Television icon Oprah Winfrey is paying it forward yet again to an Atlanta institution.

The media mogul was on Morehouse College's campus Monday to mark the 30th anniversary of the Oprah Winfrey Scholars Program, but the visit came with a surprise: Winfrey plans on donating an additional $13 million to the scholarship fund, pushing her total investment to $25 million.

According to Morehouse, Winfrey's contribution will be the largest endowment for a scholarship in the College's history. It has also reportedly helped fund the education of more than 600 students over the last three decades.

The announcement came as she met with 47 of the scholars - which she nicknamed her "sons." Among them was Nathan Rolle, a senior Oprah Scholar who is majoring in International Studies and minoring in Journalism. He called meeting Winfrey "an honor".

"I’ve looked up to Mrs. Winfrey my entire life," he said. "This day is the highlight of my Morehouse experience."

But amidst the generosity of those philanthropic efforts, Morehouse announced starting this month it would have to implement furloughs and other cost-saving measures as it deals with financial struggles.

The college said the reason for this is "the need to assist our students to matriculate at the College, despite challenges with the ability for some of them to afford the Morehouse experience."

The furloughs, officials said, will lead to a cost-savings for $3 million. It is unclear if this cost-savings will go toward the 500 current students that have unpaid tuition and fees totaling $5 million.

That's why President David A. Thomas said the financial support from Oprah and others is so beneficial.

"I am also feeling hopeful for Morehouse and what it has garnered in terms of philanthropic support with gifts like Oprah’s and Robert Smith’s," Thomas said. "I am hopeful that this will also get others to step up their support of Morehouse, but even more broadly, historically black colleges and universities."

In a statement, Winfrey - who was already in town to help celebrate the opening of Tyler Perry's new film studio - said the reason she donated in the first place is her belief in Morehouse's mission to develop servant leaders focused on excellence.

"I felt that the very first time I came here," Winfrey said. "The money was an offering to support that in these young men. I understand that African American men are an endangered species. They are so misunderstood. They are so marginalized."

"Where and when I can lend support to try to change that image, I do," she added. "That is what Morehouse is doing. It is saying ‘This is who we really are.’"

While Winfrey gifted the school with the donation, the school had a gift of their own for her - an oil portrait of her to honor her support for the school over the years.

'At what point does he cross that line?' Neighbors say naked man has targeted community for years