Local education leaders react to the case, which argues it's unconstitutional for states to stop private schools from getting some kind of state funding. 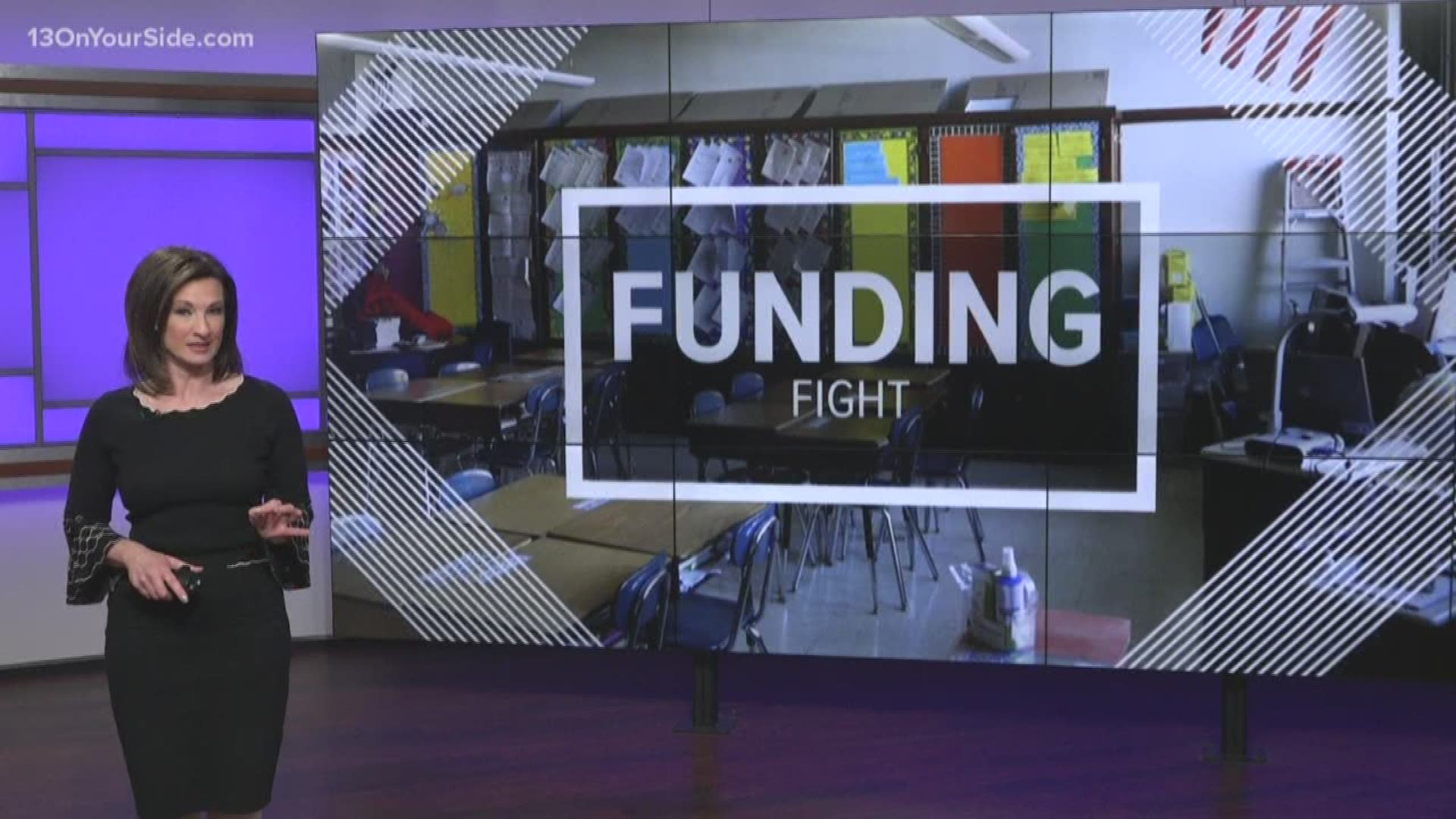 GRAND RAPIDS, Mich. — The Supreme Court is hearing oral arguments on a case that could change the landscape of school funding. Espinoza v. Montana Department of Revenue dives into the question of private schools, including religious schools, receiving state funding. In Montana, a school of choice program was indirectly funded by the state. Montana shut the program down, citing laws against the funding.

Michigan’s constitution currently blocks private schools from getting this money, either directly or indirectly. This is often referred to as the Blaine Amendment.

With Espinoza v. Montana Department of Revenue, the court could rule it is unconstitutional to stop schools from getting some kind of benefit from the state.

“This will put all schools on an equal footing as far as equity,” said David Faber, superintendent of Catholic Schools, “allowing parents to really choose the school they think is best for their children.”

Faber said opening the door for this funding could help lower income families choose to send their kids to private school. The money could create scholarships, reimbursements, or other options.

“I think for students it would provide lots of opportunities that don’t currently exist,” said Faber, “Particularly in some of our urban areas, where students don’t have the opportunity to go to a school of their choice, or access to education outside their public school. It will put all schools on an equal footing.”

However, many are concerned this funding would create issues for public education, funded by the state. If this Supreme Court case rules in the favor of private schools, public schools’ future is a little more bleak.

“There is a possibility this would open up Pandora’s Box,” said Ron Caniff, the superintendent of Kent Intermediate School District.

Caniff points out the pool of money for public education could be limited if the court makes this ruling.

“That pot is only so large,” said Caniff, “or the pie you could say. The slices might be a little thinner. I have great respect and admiration for faith-based institutions. But because of our constitutional provision in the state of Michigan, it’s very clear public dollars are not supposed to go to nonpublic schools.”

He says it’s tough to speculate what would happen if the Supreme Court ruled in favor of private schools being allowed to receive state funding. It would bring a need for change to Michigan’s constitution. He’s cautious, and not sure that’s something the state’s residents want.

“In the early 2000s, there was a ballot question before the voters, a referendum about vouchers,” said Caniff, “At that time, the Michigan public… that went down on an over 2 to 1 margin in opposition to that. But if that prohibition is gone, then conceivably, that would open up the door for deeper question.”

The Supreme Court case could affect the 37 states that have the Blaine Amendment.

However, Faber says it could give parents and students more choice for their school.

“This has been religious discrimination in our country for many, many years,” said Faber, “The Blaine Amendment was a result of anti-Catholic bigotry and religious animus, designed to keep Catholic parents from choosing Catholic school for their children.”

The Supreme Court will decide on this case in June.