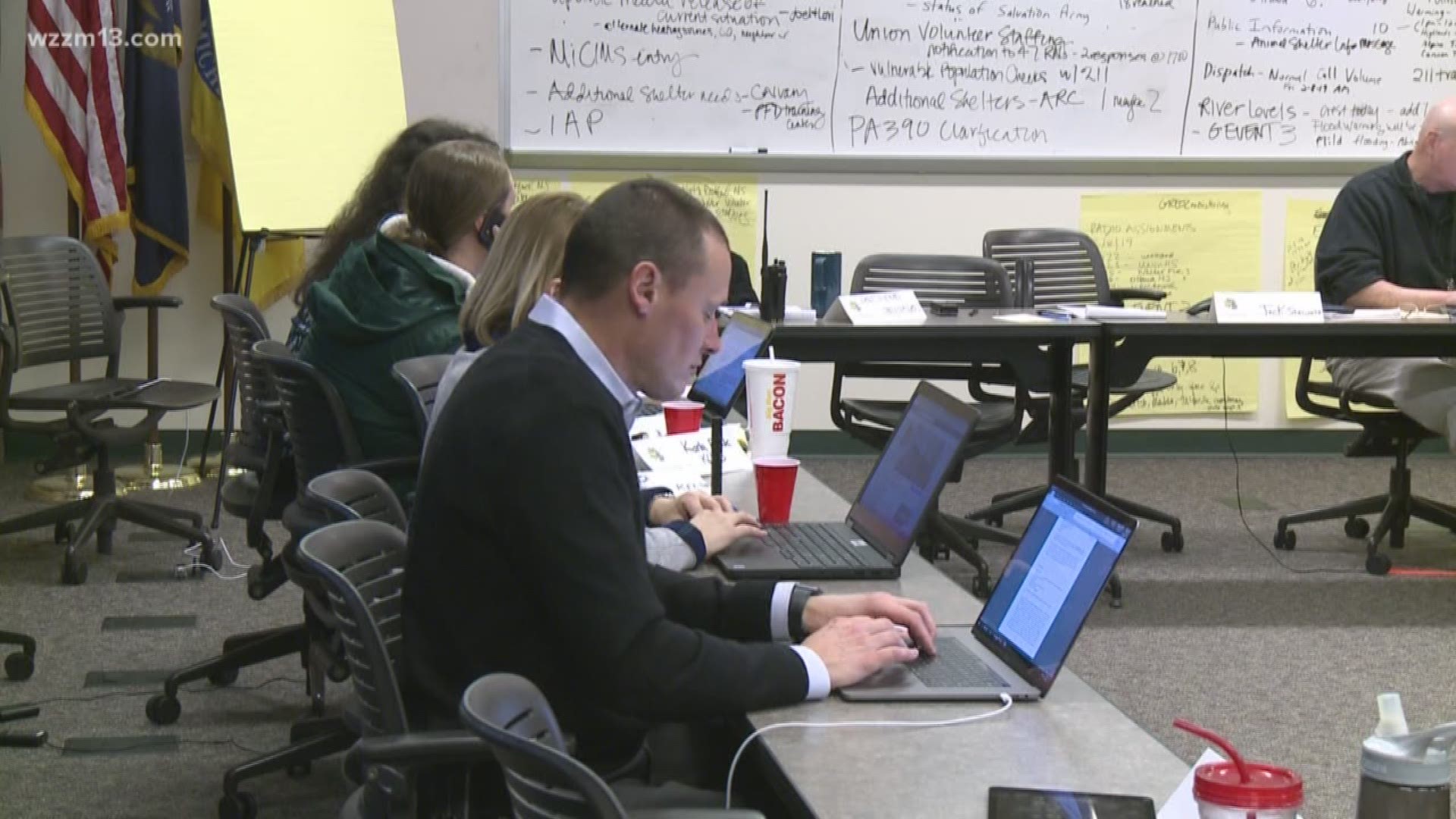 GRAND RAPIDS, Mich. — There are no reports anyone in Kent County has died because of the recent snow and ice storm. Some leaders in west Michigan believe their coordinated response is part of the reason. Kent County organized what they call an “Emergency Operations Center” because of the winter storm.

“It is something we started for this event,” says county emergency manager Lt. Louis Hunt from the sheriff’s department.

Representatives from police, fire, medics, Red Cross, road commission are all in one room coordinating the deployment of their resources. Emergency Manager Hunt says the strategy is working.

“You have a lot of people with different skill sets but it's a team, it really is a team,” he says.

“What we like to say is our greatest metric is we don't believe we have had any storm related deaths at this point.”

Now that they have seen how well the Emergency Operations Center is working during this weather crisis, leaders say they think it could be just as effective during any hazardous situation or emergency.

“We have tremendous resources in Kent County and the individuals are tremendously skilled,” explains Hunt. “When you bring that together it’s a significant force.”