Former Detroit Police Chief James Craig has formally announced his campaign for governor but not before protesters derailed his kickoff event at a state park. 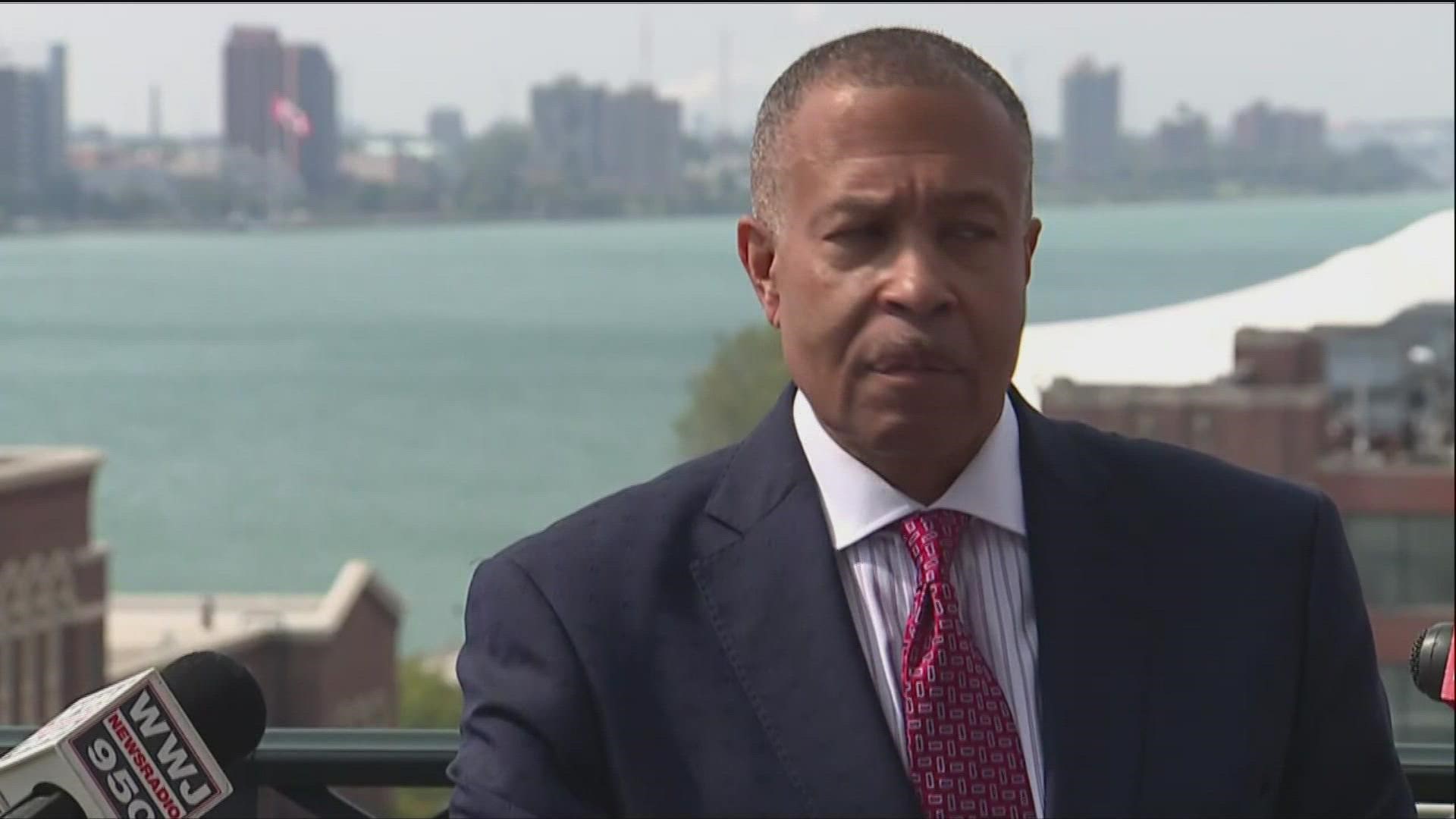 DETROIT — Former Detroit Police Chief James Craig has formally announced his campaign for governor but not before protesters derailed his kickoff event at a state park and forced him to move.

He is among 10 Republicans, all political newcomers, looking to unseat Democratic Gov. Gretchen Whitmer in 2022.

Craig was to speak to the media on Belle Isle in the middle of the Detroit River in his hometown, but he abandoned that plan when he was shouted down by a couple-dozen people critical of his role as chief.

He made the announcement a short time later at a nearby office complex.

Later in the day Craig made his way to Grand Rapids, speaking at the Kent County GOP Headquarters. When asked about specific policy proposals, he said it was too early in his campaign to have concrete ideas, but mentioned wanting to tackle bail reform and police recruitment and retention struggles.

Craig isn’t the only candidate in the race coming from a law enforcement background. Prior to Craig's speech in Grand Rapids, 13 ON YOUR SIDE spoke to Michael Brown, who is a Captain with the Michigan State Police.

Brown calls himself the top crime fighter in the race. He said public safety and improvements in the agricultural industry are some of his main focus points. He also wants to bolster police recruiting efforts.

Both Craig and Brown said they support voter ID laws.