Who shot Tigger? Family looks for answers after dog was 'executed'

Early Saturday morning, a small poodle-terrier mix terrier was shot while outside his home on Sigsbee Street SE in Grand Rapids. 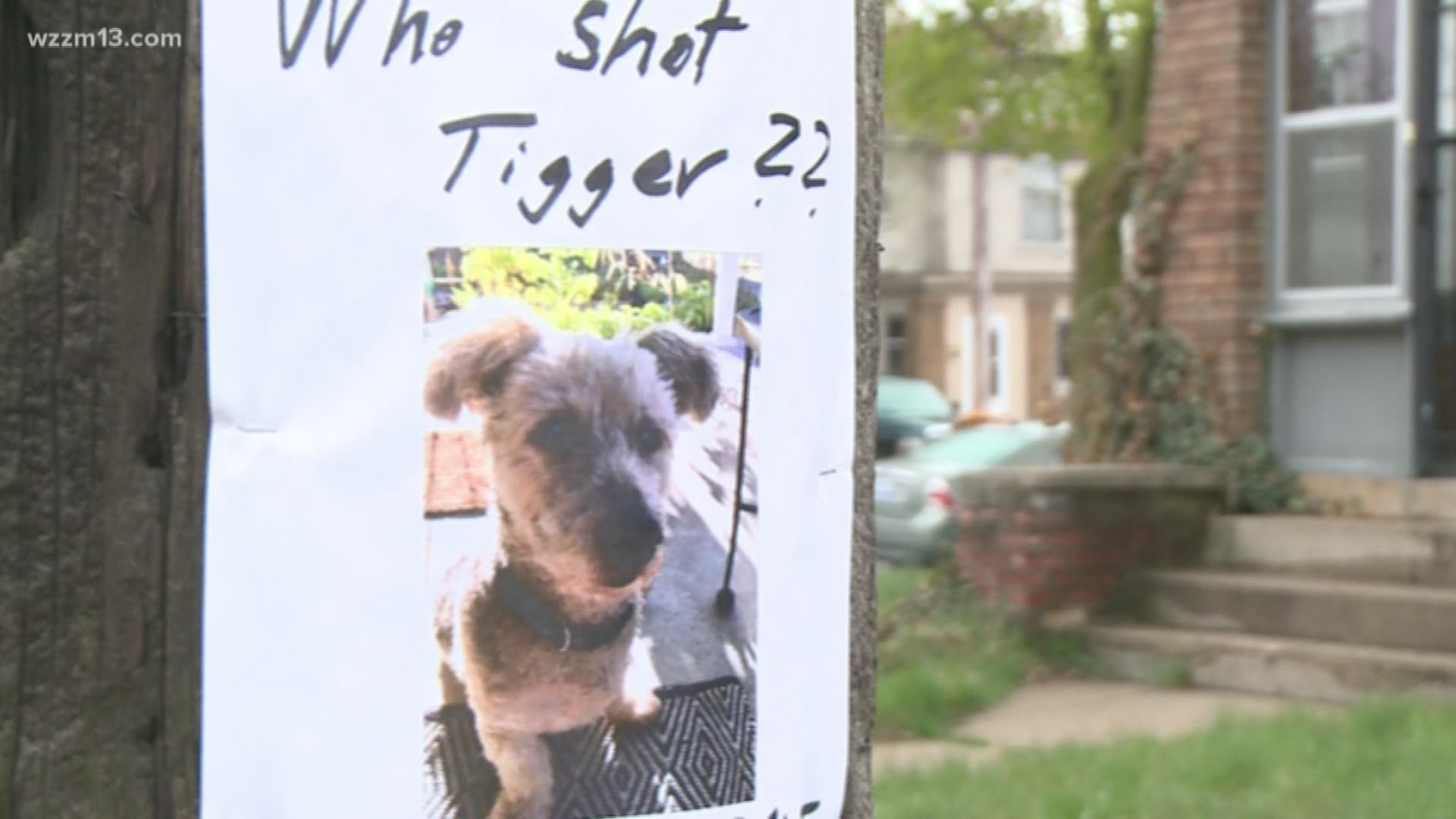 GRAND RAPIDS, Mich. — Someone shot and killed Tigger early Saturday morning in southeast Grand Rapids and the owner wants to know who it was and why.

Tigger was a 16-year-old small poodle-terrier mix, owner Vevily Bailey said. She said the small dog was executed while outside near his home on Sigsbee Street SE.

“He had been with us for almost 10 years,” she said. "I’m Tigger’s second owner. His first owner passed away and I had taken him in. He was well known in the neighborhood and I just loved him. Our family loved him.”

A family member found Tigger on the curb at a bus stop. He had been shot in the head.

“I wrapped him up in a blanket, put him in my car and took him home,” he said. “All the damage was to his head and it was pretty horrific to look at.”

The family says police are investigating and a neighbor has posted pictures of the dog on utility poles asking, “Who Killed Tigger.”

“Possibly it was someone mad at something going on in their lives, where they would execute an innocent dog,” said Bailey.

“And they just want to lash out and hurt someone and Tigger happened to be there,” said Johnson.

“He was the type of dog you could tell your problems without judgement,” added Bailey. “It is just lonely right now. I am just lost without my buddy.”

Police confirmed with 13 ON YOUR SIDE that they are looking into the shooting. GRPD says the case is listed as an animal cruelty report, although the circumstances that led up to the shooting of the dog are unknown.

Detectives are checking for potentially related reports in the area, as well as looked for video cameras in the area. There is no information yet on a possible suspect, but anyone with information should contact Silent Observer at 616-774-2345.