Built in 1931, two stained-glass windows in Ganges United Methodist Church are in danger of falling due to age. The church is fighting to find $89,000 for repairs. 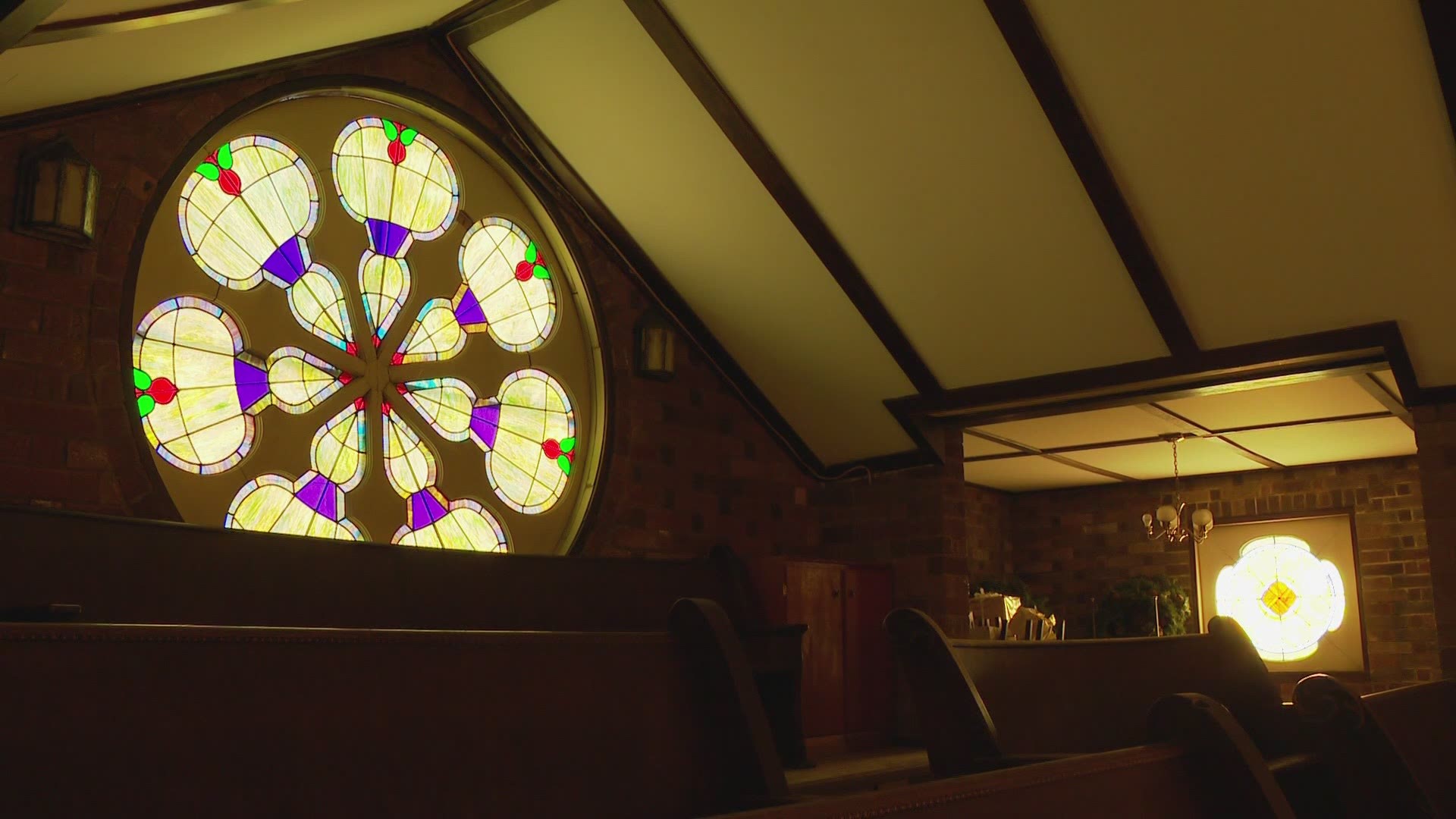 FENNVILLE, Mich. — Two giant stained-glass windows inside a landmark Fennville Church are in danger of falling because the wooden frames that have secured them for 90 years have weakened, and with the cost for repairs being twice the church's annual budget, the small congregation is hoping for a miracle.

"We really noticed the frames were separating," said Pastor Marcia Tucker, who has led worship services at Ganges United Methodist Church since 2014. "We knew something had to be done."

Credit: 13 ON YOUR SIDE
After 90 years, two huge stained-glass windows inside Ganges United Methodist Church are in danger of falling.

The stained-glass windows were installed when the current church was built after a 1929 fire destroyed the old church. After 9 decades, Pastor Tucker says the weight of two stained-glass windows - one located in the upstairs balcony and the other forming the backdrop for the alter - has caused them to pull loose from the wooden frames that hold them in place.

"They're just sinking slowly and eventually they will just fall right down to the ground," said Pastor Tucker.

When sitting in the pews and facing the front of the church, depending on your angle, it's easy to see daylight coming through around parts of the window's frame.

"People love these windows," added Pastor Tucker. "I wonder every day when I come here if today is the day the windows will have fallen and be in pieces on the church floor."

Last fall, Pastor Tucker says she contacted a glass company, which quoted repairs for both windows to be $89,000.

"I was like, 'Ughhhhh,' said Pastor Tucker, recalling her reaction when she heard the cost. "What will we do?"

Ganges United Methodist Church only has 40 members in its congregation. While passing the collection plate and generating a few fundraisers have certainly helped, they're nowhere close to the finances needed to pay for the repairs.

"Since we started fundraising in November, we're up to $22,000," said Pastor Tucker. "But that's what we will need to pay the glass company when they come to take the window out within the next couple weeks."

After that, Pastor Tucker says the church won't have enough money for the next payment.

"We can only repair one window a year," sand Pastor Tucker.

In the front of the church near the dais is a Christmas tree stand with a long, white PVC pipe sticking straight up.

Credit: 13 ON YOUR SIDE
One of the church members took a piece of PVC pipe, drew a thermometer-like scale on it, and with a red marker, fills in the financial progress.

Credit: 13 ON YOUR SIDE
One of the church members took a piece of PVC pipe, drew a thermometer-like scale on it, and with a red marker, fills in the financial progress.

"One of our members made it so we can show everybody the financial progress we're making," added Pastor Tucker. "It's like a big thermometer that's been marked off in quarters.

"We have three more quarters to go."

Pastor Tucker knows that time is of the essence, and every second that passes is one second closer to one of the two windows crashing to the ground.

She's hoping that 'Divinity' will hold the windows in place a little while longer.

"I’ve always told the people, ‘We’ve been here for 180 years, and we’re going to be here for another 180 years," said Pastor Tucker. "God will provide when we need something, and we just have to have the faith that he’s going to do it."

The church has also set up a GoFundMe webpage where they're also accepting donations. You will be taken directly to the GoFundMe page by clicking HERE. 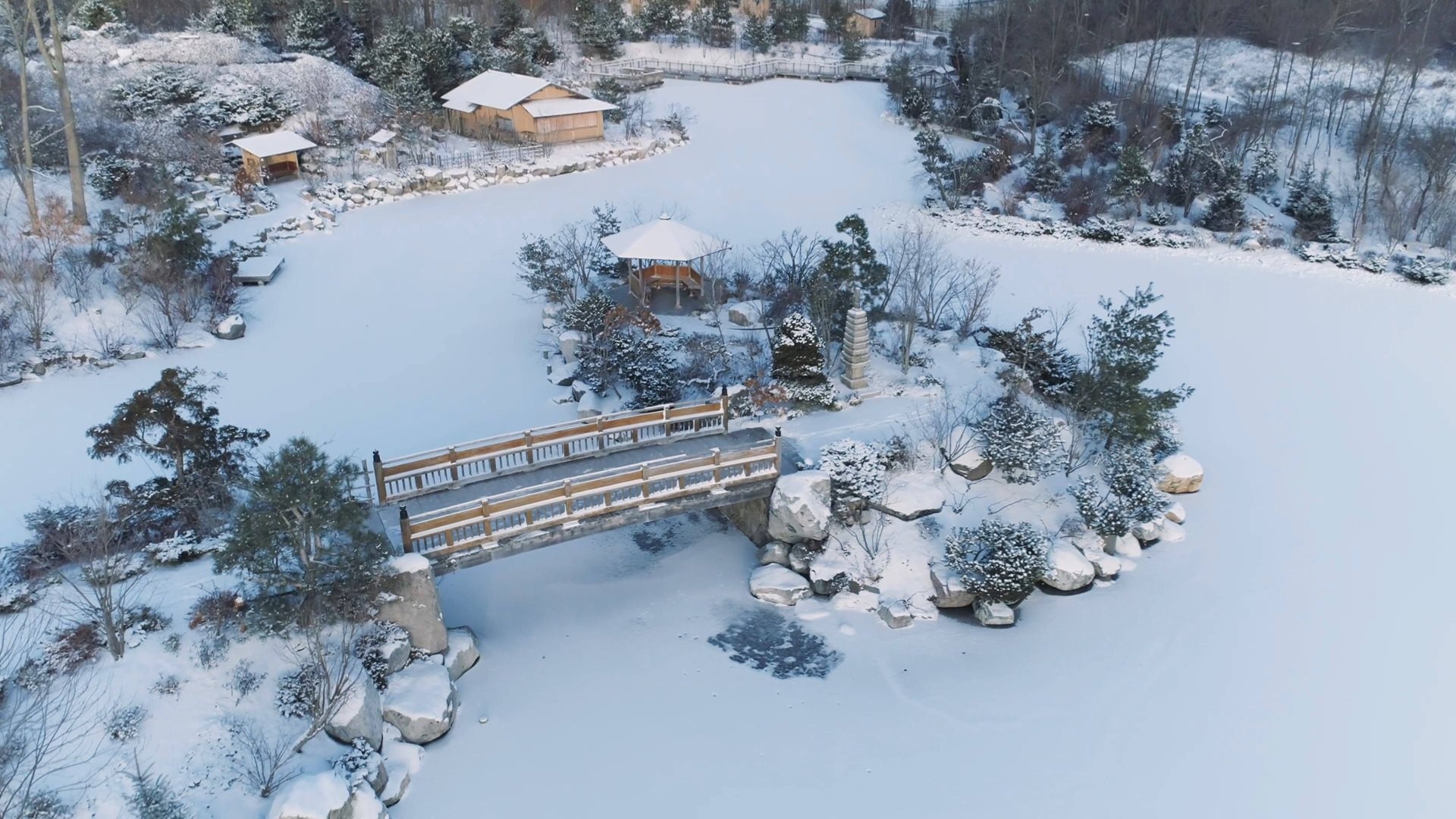