First of its kind naturalization ceremony aboard the Escanaba 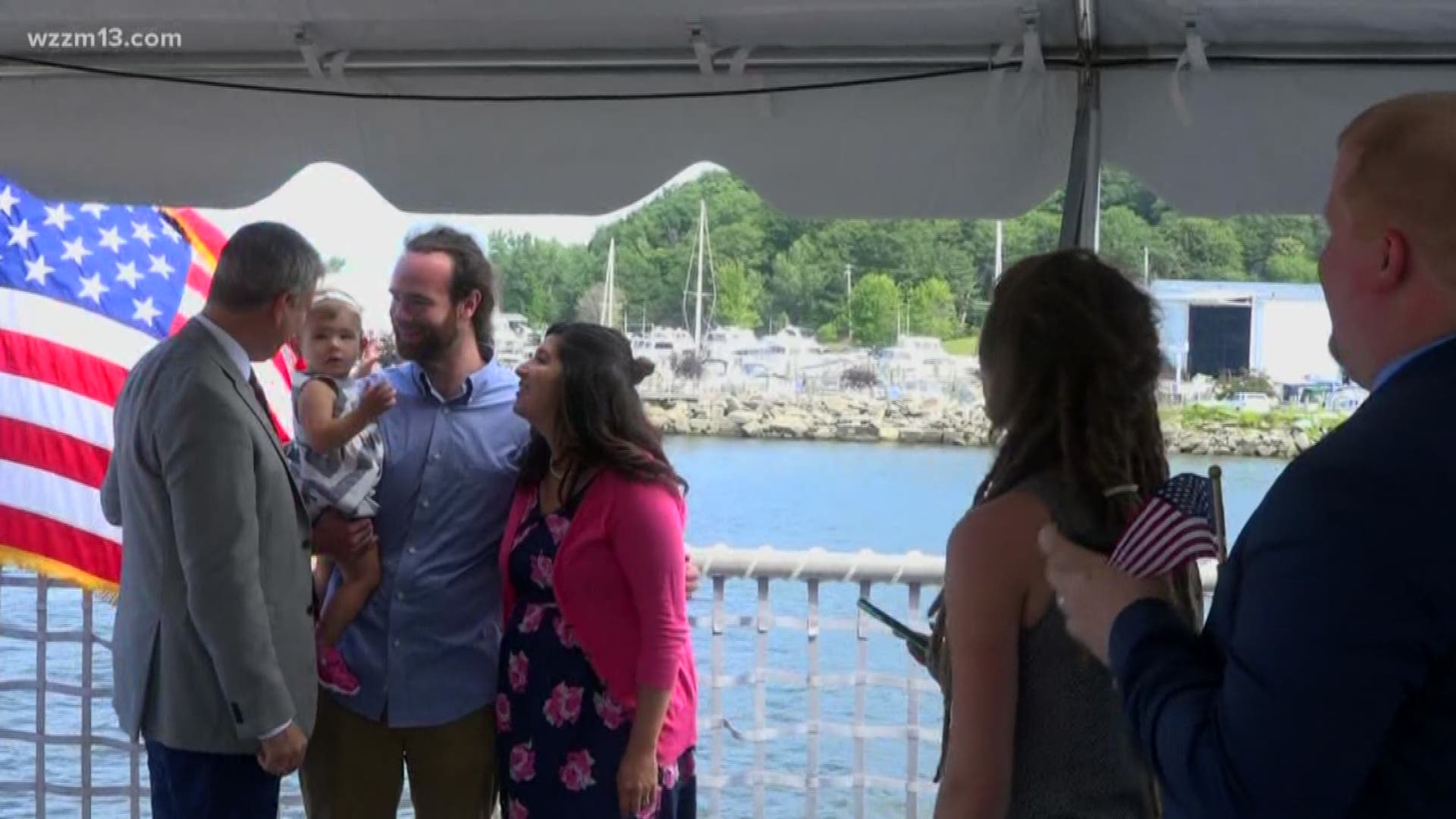 Congressman Bill Huizenga and officials from the U.S. Coast Guard and U.S. Citizenship and Immigration Services will be on hand to welcome the 18 individuals from 14 countries into citizenship.

"I am excited to make this year's Coast Guard Festival an even greater celebration by welcoming people from across the globe in becoming American citizens," said Congressman Huizenga. "This momentous occasion will be even more special because for the first time it is happening aboard the U.S. Coast Guard Cutter Escanaba. I want to thank both the Coast Guard as well as the Department of Homeland Security for working together to make this wonderful event possible."

Representatives from the city of Grand Haven and the United States Coast Guard were also in attendance. The ceremony was held on the upper deck of the Escanaba.

Cheryl Smith came to the United States from Canada 21 years ago. Wednesday's ceremony made her appreciate what she gained taking the oath.

"The freedom, the freedom of speech which I had in my home country too but the freedom and the right to vote," she said.

"I think the setting is just so beautiful and having my friends here to help support me through it, it just means a lot to become a citizen."

This year marks the 75th anniversary of the sinking of the first Escanaba Coast Guard cutter, which went down in the North Atlantic Ocean after a German U-boat hit it with a torpedo.

The Escanaba's transit to Grand Haven began in Boston, which is the ship's home port. It traveled past Quebec City, then Nova Scotia, Newfoundland and Montreal before entering the Great Lakes, where it stopped in Cleveland, Ohio, and then Milwaukee, Wisc., before ending up in Grand Haven on Monday.

The USCGC Escanaba will be docked at Escanaba Park in Grand Haven throughout the Coast Guard Festival.