The entire back nine is unplayable. 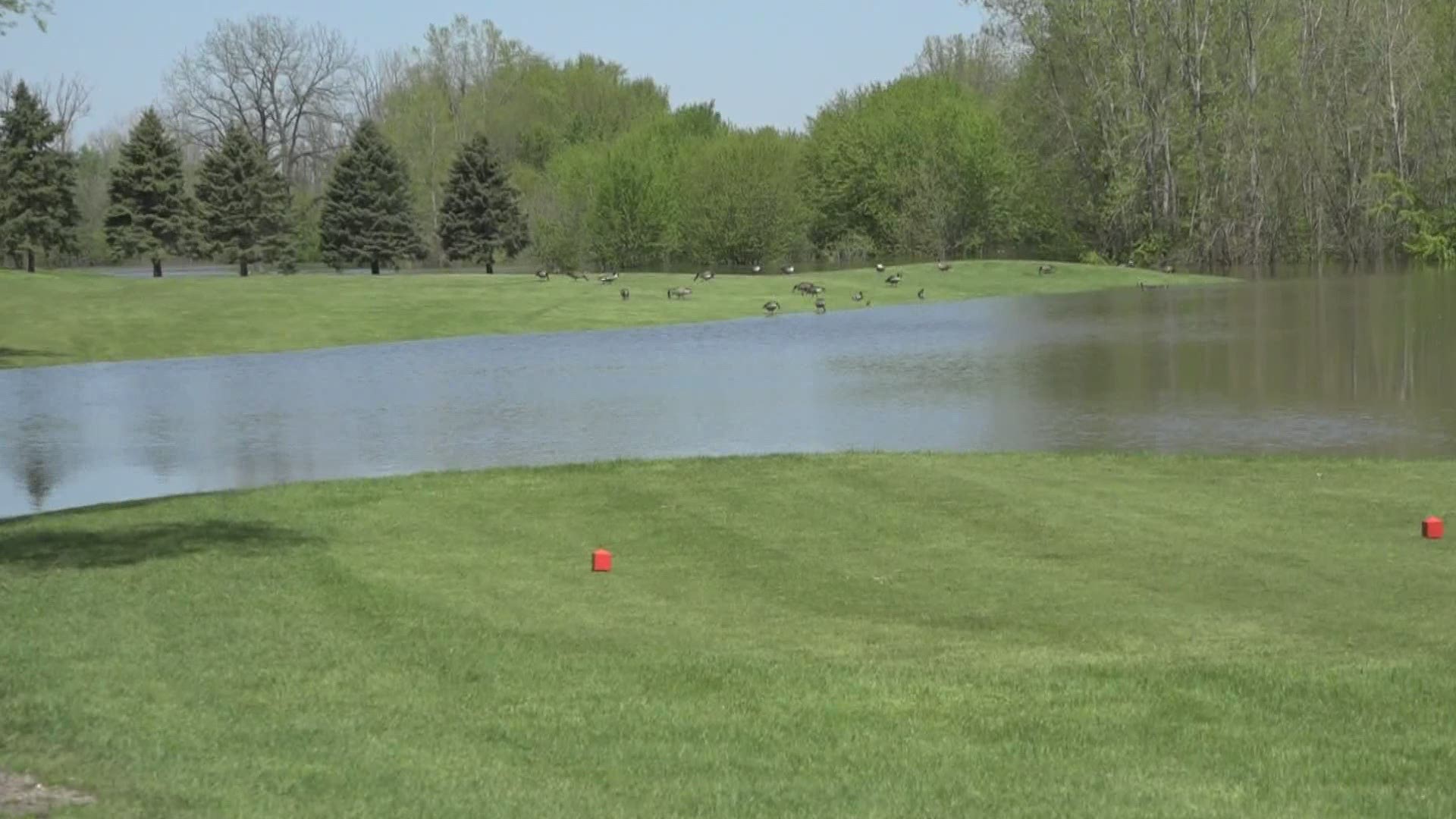 OTTAWA COUNTY, Mich. — Flooding has swept through West Michigan, with both Ottawa and Muskegon counties declaring state of emergencies over the weekend. Kent County is also under a flood warning. Water levels along the Grand River are continuing to rise with the steady rain and are expected to crest in the next day or two.

The overflow of water has covered roads, surrounded homes and have been a set back for some outdoor businesses like Wallinwood Springs Golf Club in Jenison.

"The 14 green and 15 tee are about the only two spots that aren’t under water," owner Todd Hartson said.

Wallinwood's golf course sits a mile along the Grand River. According to Hartson it is the largest single property owner on the Grand River in the entire state.

"The grand river does what it wants. I don’t have a lot of control over it," he said, explaining that the lower-level areas are no stranger to flooding.

Hartson said the current water damage is the third-worst flood he's seen since building the golf course in the early 1990's. While he said it doesn't compare to the historic flood of 2013, the flooding comes at an inconvenient time: just weeks after golf courses were given the green light to reopen under the Governor Whitmer's mandate.

"People have been very excited to play golf the whole time. Playing golf is probably as safe as anyting you can do... Right now the entire back nine is unplayable, 10-18," he said.

However, Hartson said the water is a small issue compared to the financial burden the course is carrying amid COVID-19's liquor purchase restrictions.

"It’s okay for me to sell someone a case of Miller Light, as long as you take it in your car and take it home, but you can't take it out on the golf course and drink it. It makes no sense," he said, "I sell a thousand dollars worth of alcohol on Thursday, Friday, Saturday and Sunday, so not being able to do that, yes it impacts."

Hartson told 13 ON YOUR SIDE he's just excited to have the course open and said he will just wait for the water levels to go down.

"As soon as the river goes down and I start seeing the bank of the river, I can pump the course dry in about 30 hours," he said.

According to the National Weather Service, the Grand River is expected to crest at around 16 feet within the next two days. 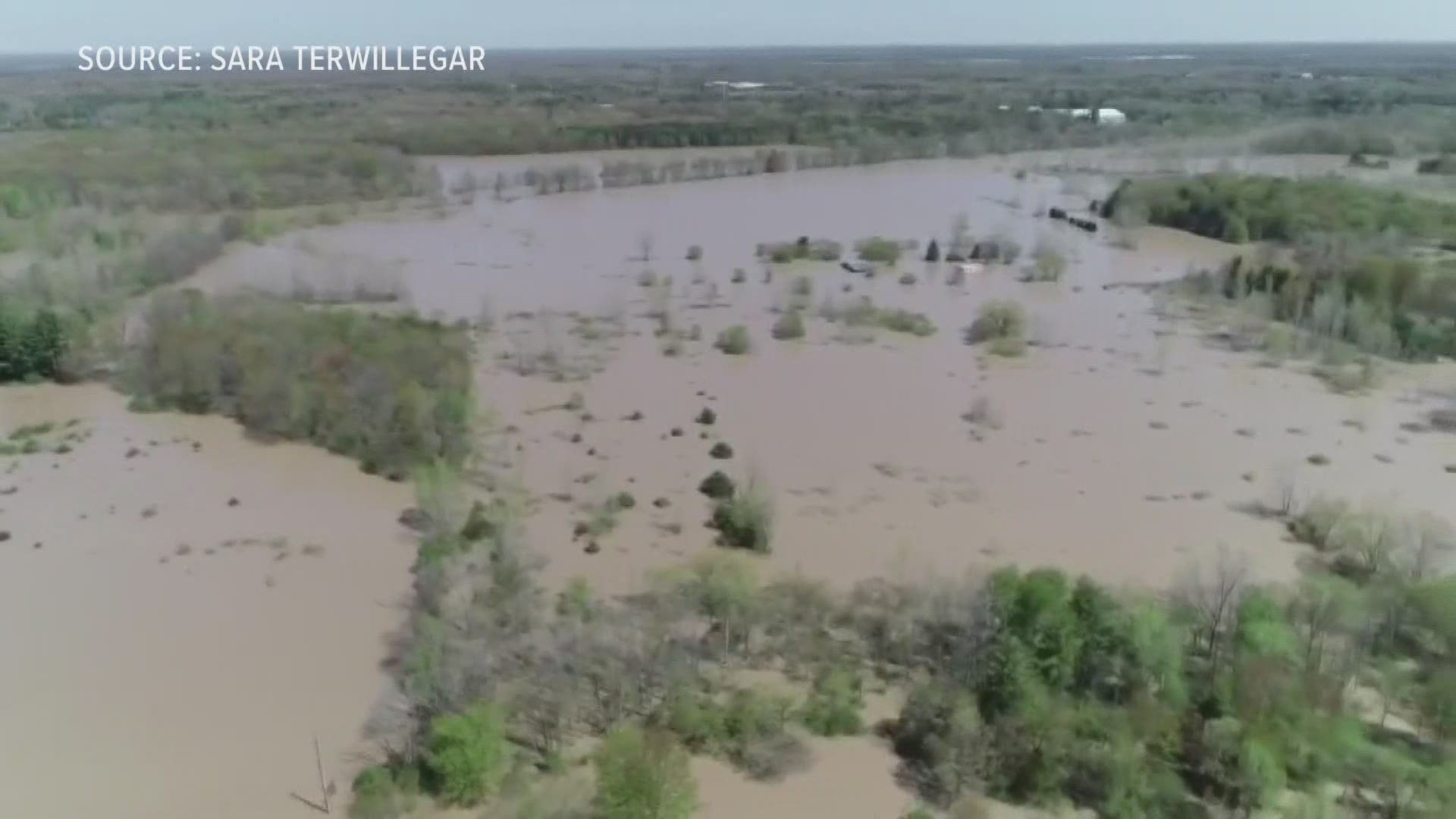