From the mitten to the kitchen, is the culinary philosophy behind beloved television personality Gina Ferwerda's debut cookbook, Meals From the Mitten: Celebrating the Seasons of Michigan. 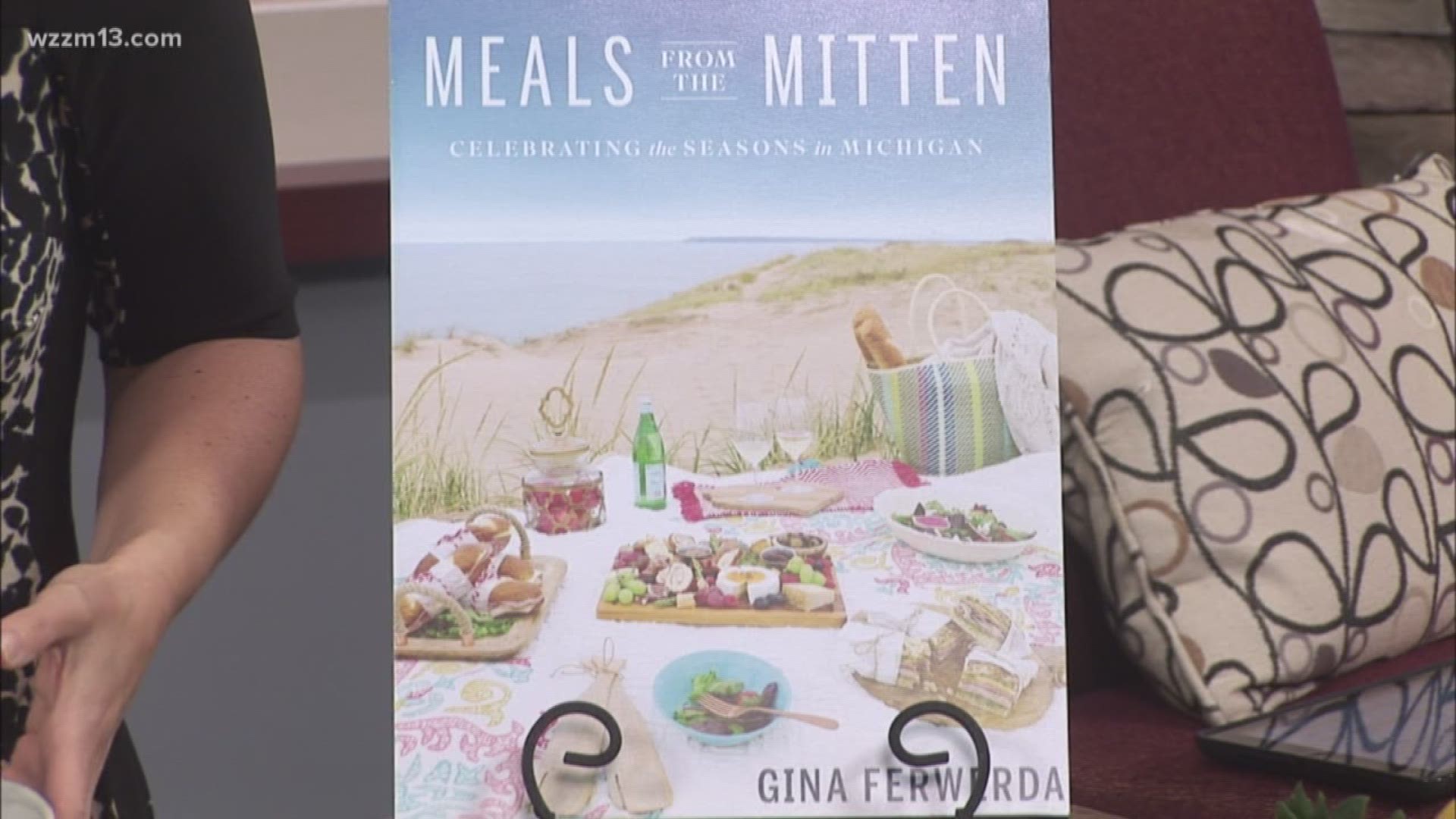 SILVER LAKE, Mich. — From the mitten to the kitchen, is the culinary philosophy behind beloved television personality Gina Ferwerda’s debut cookbook, Meals From the Mitten: Celebrating the Seasons of Michigan.

“I have always wanted to write a cookbook that celebrates all of the fresh and local ingredients that we grow in my home state of Michigan, aka ‘The Mitten’,” said Ferwerda. “Michigan is second in the nation to only California in agricultural diversity, producing more than 300 commodities. Meals From the Mitten highlights each season’s bounty with recipes designed for the home chef.”

Gina Ferwerda is an award winning recipe developer and photographer as well as a regular on-air personality at 13 On Your Side . She was born and raised in Michigan by a family of farmers and literally grew up eating farm to table. Ferwerda and her husband Ted own and operate several Michigan vacation resorts.

In 2014, she launched a food blog called Boating, Boarding & Burgers. In the past three years, she has been featured on The TODAY Show Food Club, ABC The Chew, The Rachael Ray Show, NYCWFF and Good Morning America. Recently she has expanded her blogging endeavors to include food inspirations from her culinary travels, which can be found on "Nom News".

Meals from the Mitten: Celebrating the Seasons in Michigan is now available online at www.NomNew.com and also on Amazon.com (just search Meals from the Mitten), and at select bookstores throughout the state. Here is a list of current locations, more being added daily. If you have a retail location and are interested in carrying this book, send an email to Gina@NomNews.com

It Is What It Is