The governor started her 50-stop "Home for Opportunity Tour" Wednesday. 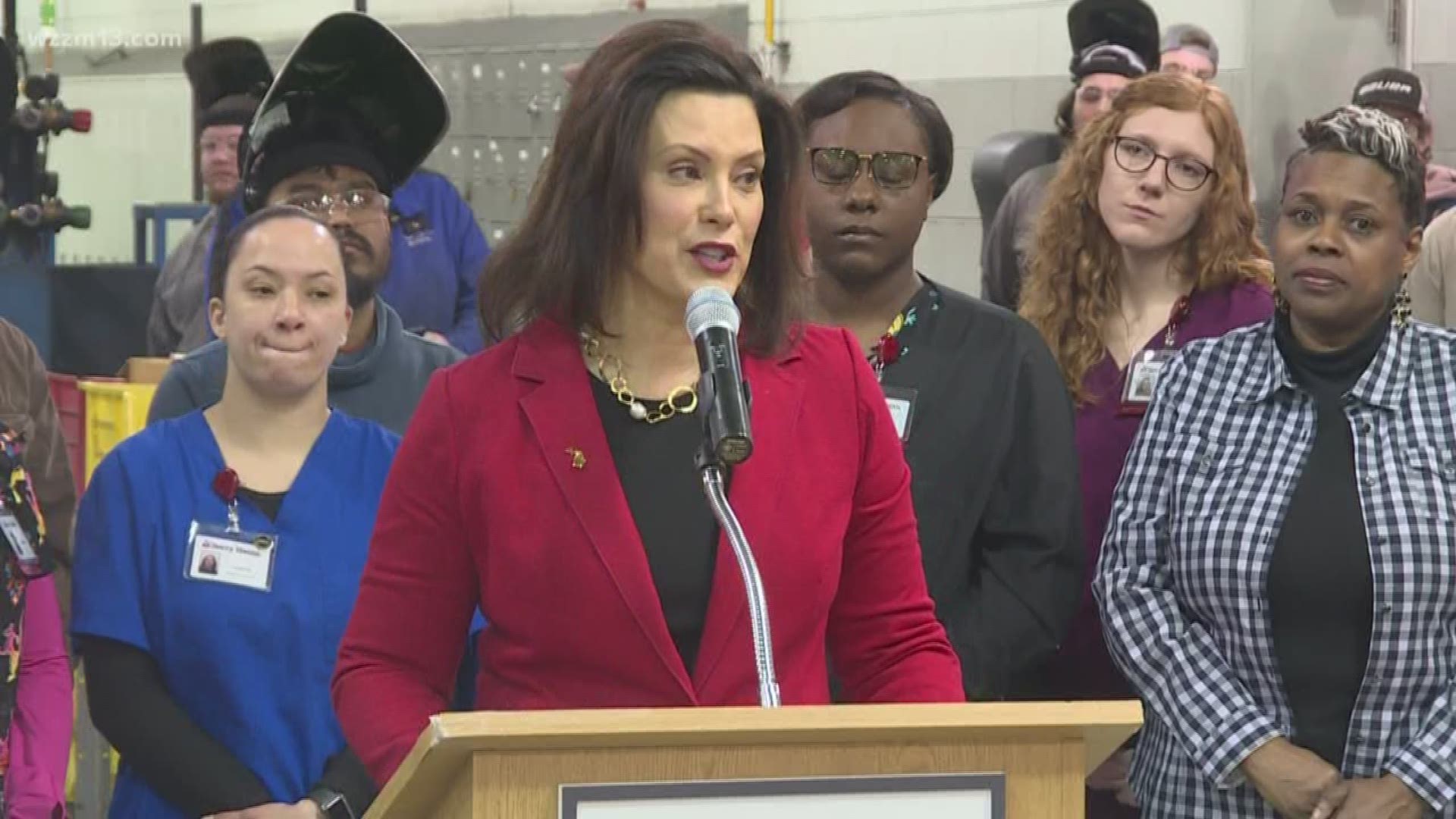 GRAND RAPIDS, Mich. — The day after her first State of the State, Governor Gretchen Whitmer made her way to Grand Rapids to kick off her "Home for Opportunity Tour."

Whitmer toured Grand Rapids Community College's Tassell M-TEC center off Godfrey Avenue, which is devoted to workforce training. The purpose of the tour is to discuss ways of bridging the opportunity and talent gaps across the state.

After demoing a virtual welding machine Wednesday, Whitmer talked about her hopes for the state of Michigan's education program, including her goal to increase the number of adults completing higher education by nearly 20 percent.

"We have now set a standard in Michigan that we are going to reach by 2030, if not beforehand," Whitmer said of the goal.

"There is a path for everyone in this state, and if you're willing to work you can make a really good life in Michigan," Whitmer said.

The governor also had the chance to meet with students and graduates of GRCC's trade-skill programs.

"You know, I never expected to be working for the city of Grand Rapids especially in water, and having a career in that," said 29-year-old Cholonni Madison.

Madison graduated from GRCC's Public Works Academy last year, and now works for the city as a utility aid. He said the city will pay for him to take classes that further his knowledge on the job.

"I appreciate it all, I am thankful for everything," Madison said.

Madison said after years of being in between jobs, he finally feels like he has a five-year plan to support both him and his son.

"There are a lot of opportunities, it's all about how bad you want it."

Whitmer said she wants to replicate this type education to industry funnel across the state.