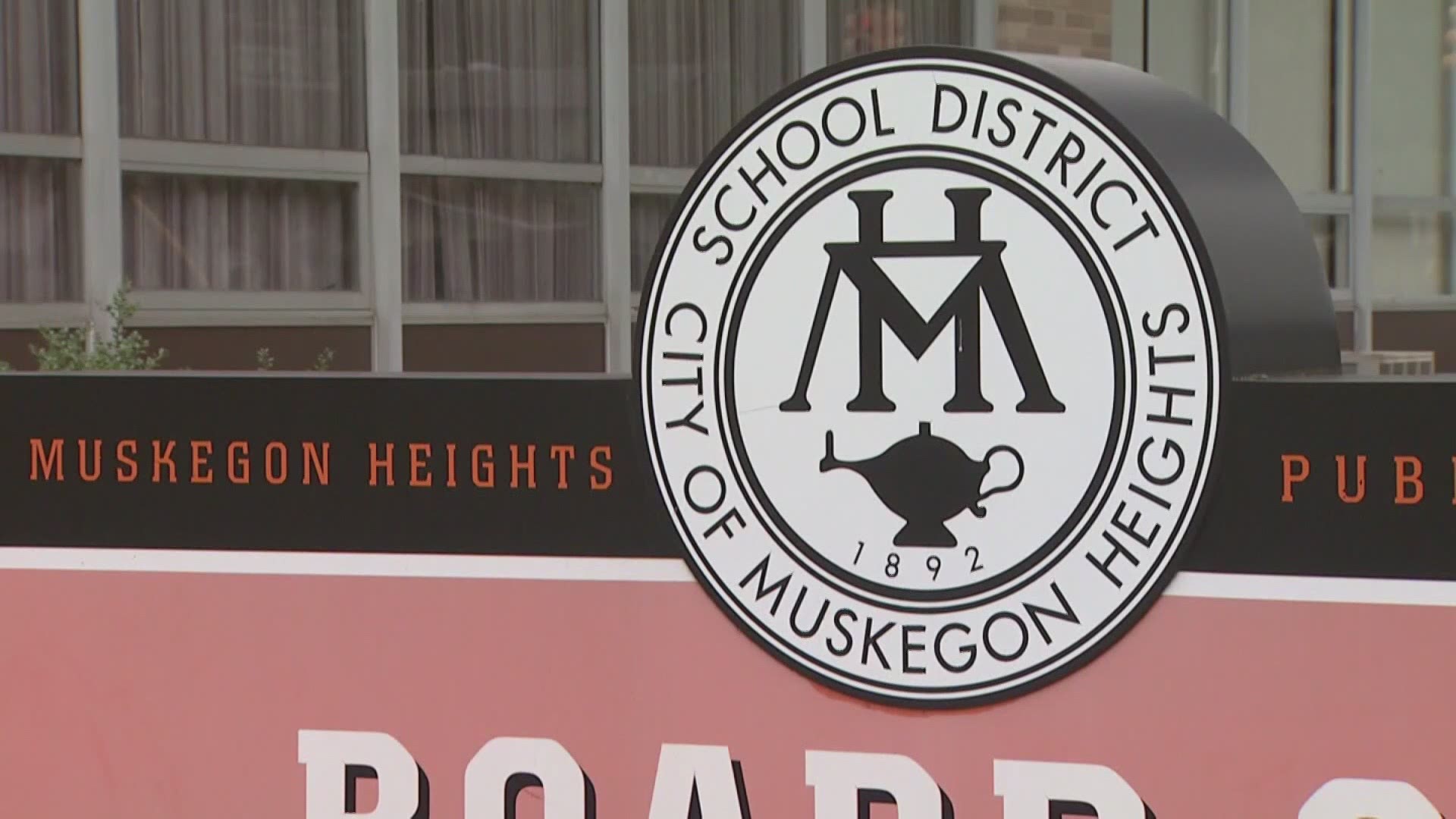 MUSKEGON HEIGHTS, Mich. — Gov. Gretchen Whitmer announced Monday that the Muskegon Heights School District has been released from its receivership under the Local Financial Stability and Choice Act.

“Today is a new day for the Muskegon Heights School District and the state of Michigan,” Gov. Whitmer said. “The efforts of the school district and community to identify problems and bring together the resources to solve complex financial challenges are to be commended. I am proud to say that we no longer have any school district or community under state oversight.”

According to a press release from the governor's office, since the state oversight board was appointed in late 2016, the school district has made steps toward continued fiscal stability including ending Fiscal Year 2019-2020 with a general fund balance of $653,744, or 46% of revenues. The district added to the general fund balance for three consecutive years and is current on all required pension and other post-employment benefits.

While the district is no longer under state oversight, the state will continue to support Muskegon Heights schools to ensure a quality K-12 education is provided. Recently, the public school academy was awarded a $3 million state grant from the state Education Department to help with literacy initiatives.

The Muskegon Heights Board of Education will hold an in-person town hall meeting Tuesday, July 20 6 p.m. at the board's conference room located at 2603 Leahy Street.

In 2011, the Muskegon Heights School District’s Board of Education voted to engage an emergency manager to address the fiscal challenges of the district. Then early in 2012, Gov. Rick Snyder appointed a Financial Review Team to examine the school district’s conditions. After review, the team decided a financial emergency was present in the district and an emergency manager was appointed.

In 2012, the Muskegon Heights School District entered into a Charter Agreement with the Muskegon Height Public Schools Academy System to operate the district’s K-12 education system. This contract remains until long-term debts are paid off.

Upon the conclusion of the emergency manager’s term in October 2016, Gov. Snyder appointed the receivership to ensure a smooth transition to local control and continued stability for the school district. The receivership’s sole function is to oversee the school district’s finances, including working through budgets, debt and deficient elimination plans.

Muskegon Heights Academy students return to school August 30. The academy will begin the 2021-2022 school year with a new superintendent.

Dr. Arnetta Thompson was chosen to follow Rane Garcia who is leaving the academy to serve as Michigan Department of Education's first director of diversity, equity and inclusion.

"If we need to start this relationship off with mediation I'm all for that," said Thompson. "I believe in harmony and doing what's best for students."

Student enrollment in the Muskegon Heights Academy increased in 2020 for the first time in nine years and teacher retention is at 95%.

Thompson hopes the inability of the two boards to communicate and work together won't reverse the recent accomplishments or cause staff to look for new jobs outside of the academy.

"We try to just reassure them that we are steady and stable and that they are vital parts of this system to move forward."

"How is a board to be effective for the children without it being fully seated?" said Parker.

"We've extended the olive branch, we tried and we will continue to try to do what's in the best interest of these kids in this district," said Muskegon Heights School Board President Trinell Scott.

"If we do not fill those seats then it could hurt the kids, and that's not what we are here for," said Scott. "This board has worked hard to make sure that we stay afloat and to make sure that our kids in our community and our neighborhoods have schools to go to." 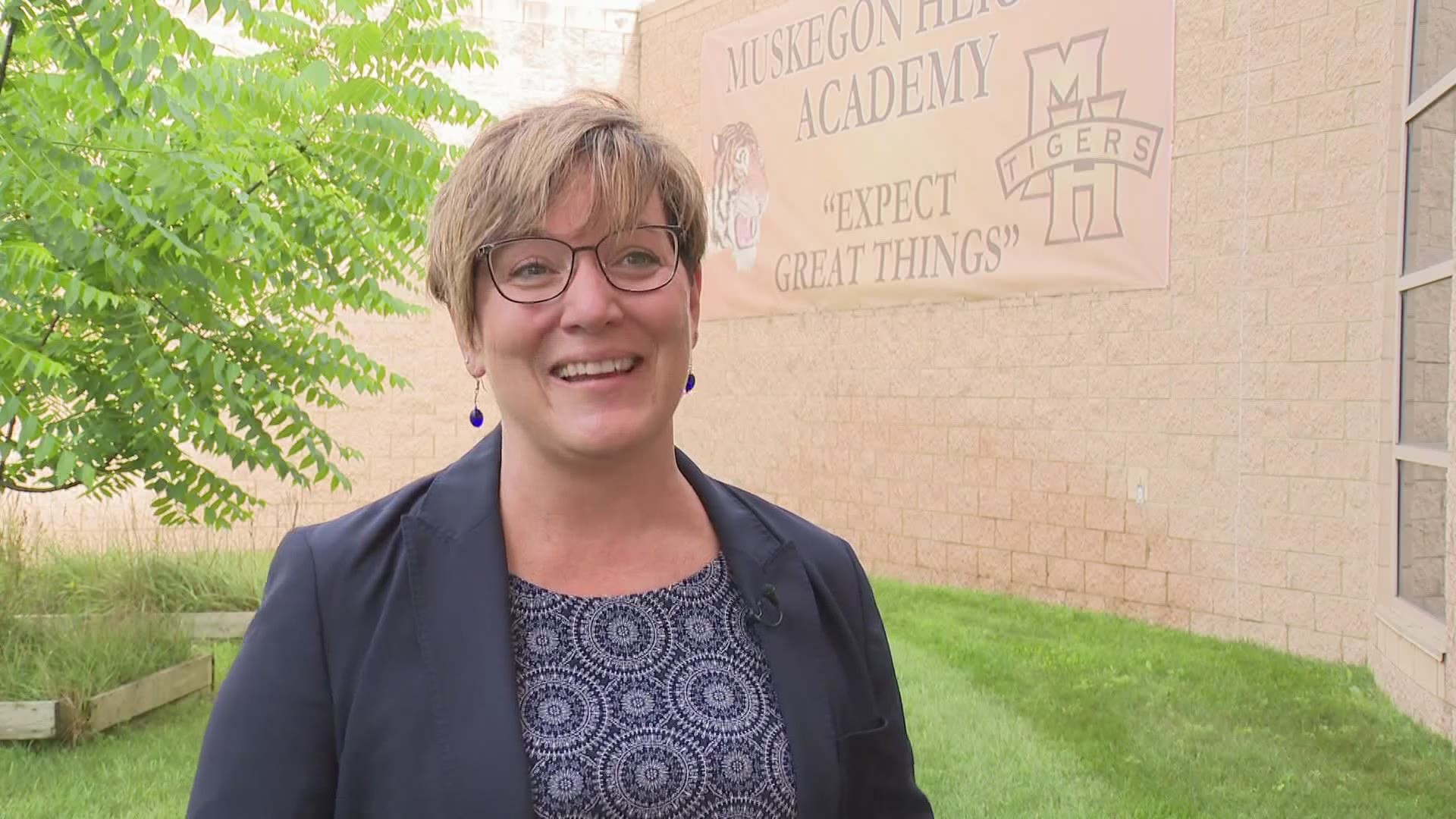