The virus put him on a ventilator, on dialysis and into a coma for more than a month. 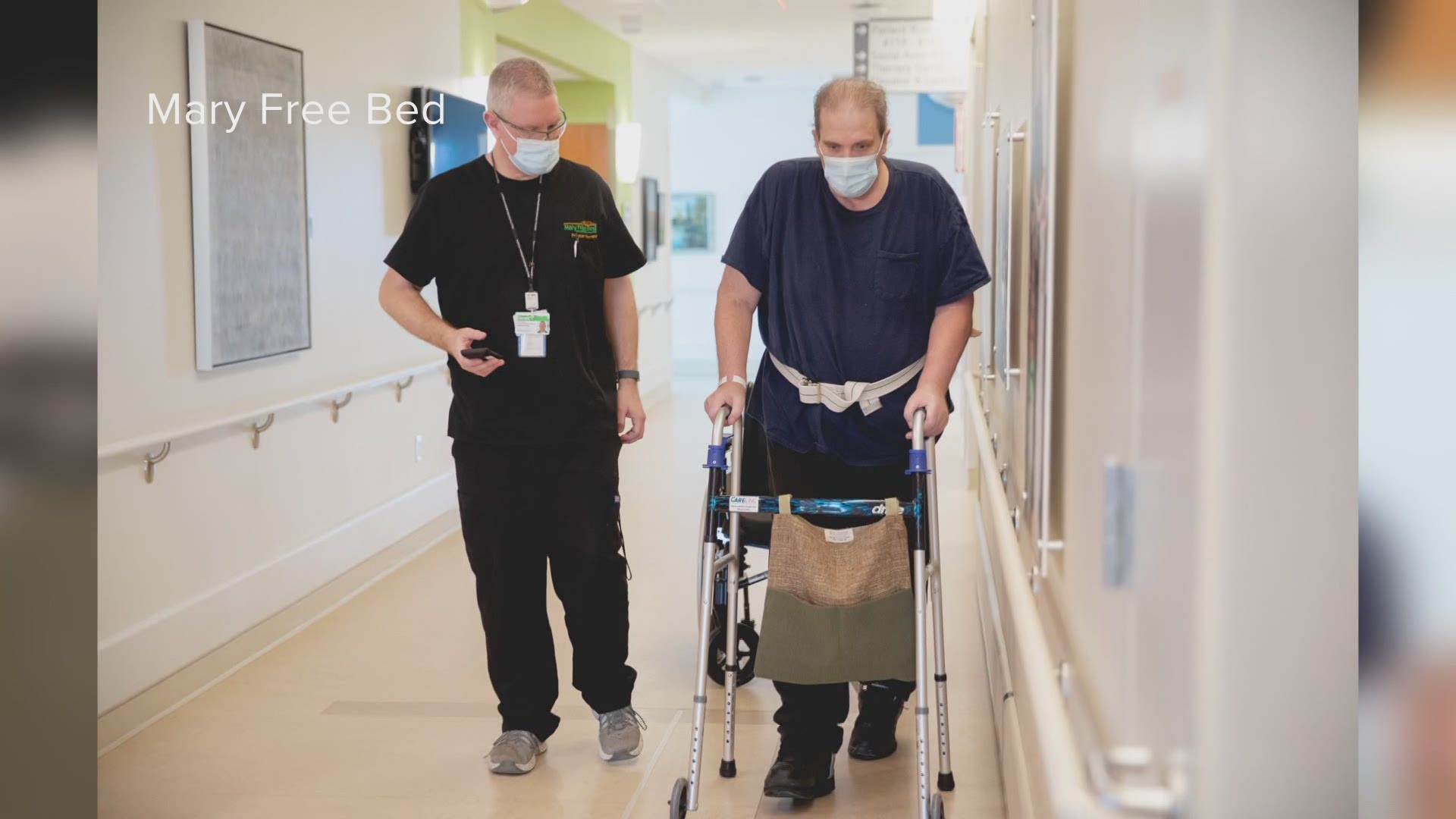 GRAND RAPIDS, Mich — Robert Woonacott wasn't ready for what COVID-19 did to him.

"The virus attacked me," says Woonacott. "I was in bad shape."

The 56-year-old from Grand Haven thought when he tested positive in October, he would only experience some flu-like symptoms.

"Believe it or not, five and a half weeks later I woke up in Ann Arbor," he says.

The virus put him on a ventilator, on dialysis and into a coma for more than a month, where he recalls being in a dream-like state. Right before waking up, he remembers dreaming of sitting with his dogs.

"I patted them on the head and said, 'man I'm tired, I just want to go home,'" recalls Woonacott. "Off in the distance I heard a voice calling 'dad, dad.' I opened up my eyes, looked over and there was my daughter."

Woonacott lost 100 pounds in his coma and woke up unable to fully use both legs and his left arm. On February 5, he arrived at Mary Free Bed in Grand Rapids to begin physical therapy.

Determined to get full movement back, he went to work right away. Physical therapist Alexis Cherven says Woonacott was his own biggest critic.

On February 19, 140 days after first entering a hospital, Woonacott went home. He credits his wife, who also had COVID-19 and double pneumonia while he was in the coma, for inspiring him to fight for survival.

He encourages everyone to continue taking the virus seriously. 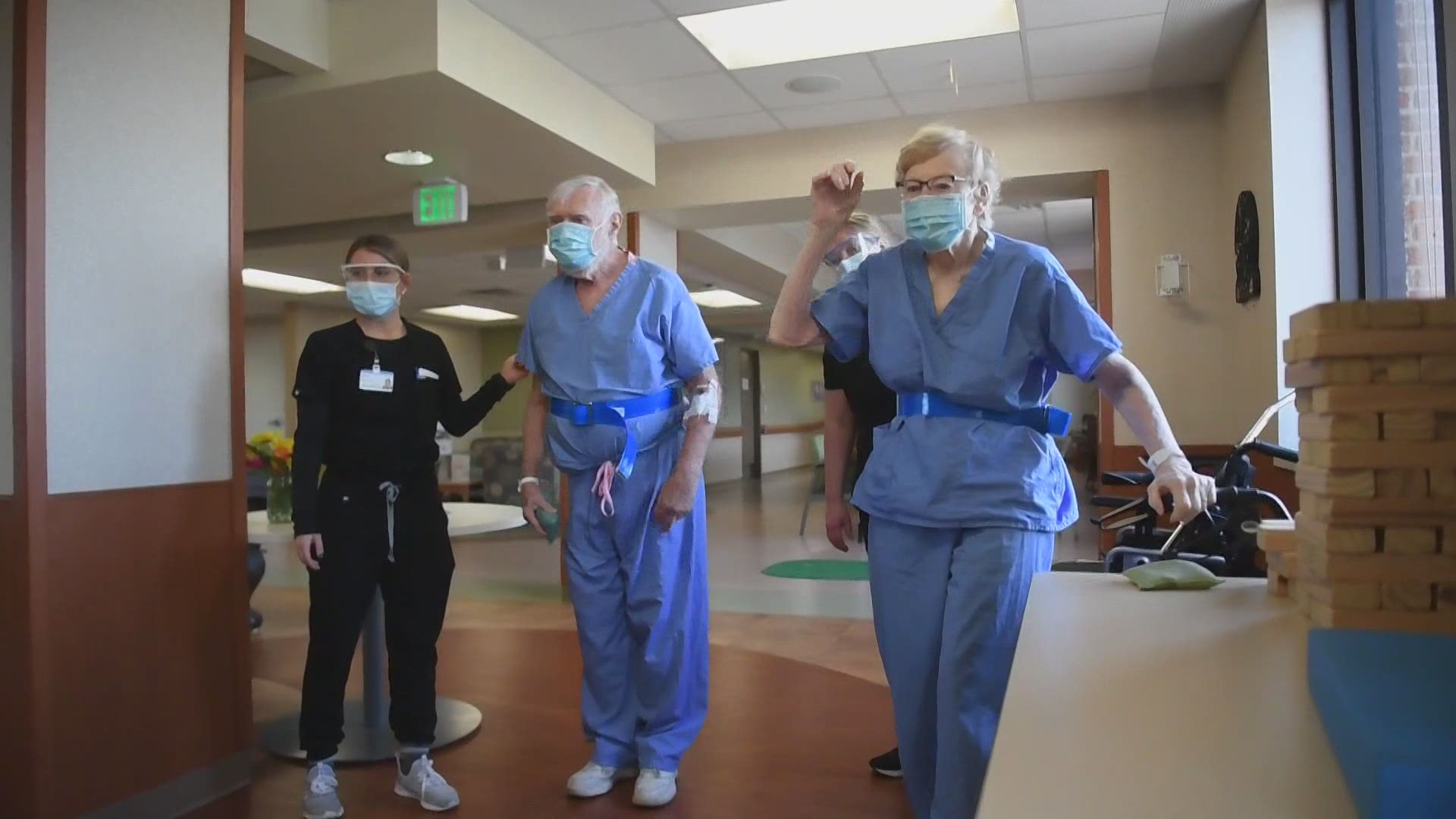