Capt. Curt Vanderkooi has been on administrative leave since Feb. 28. 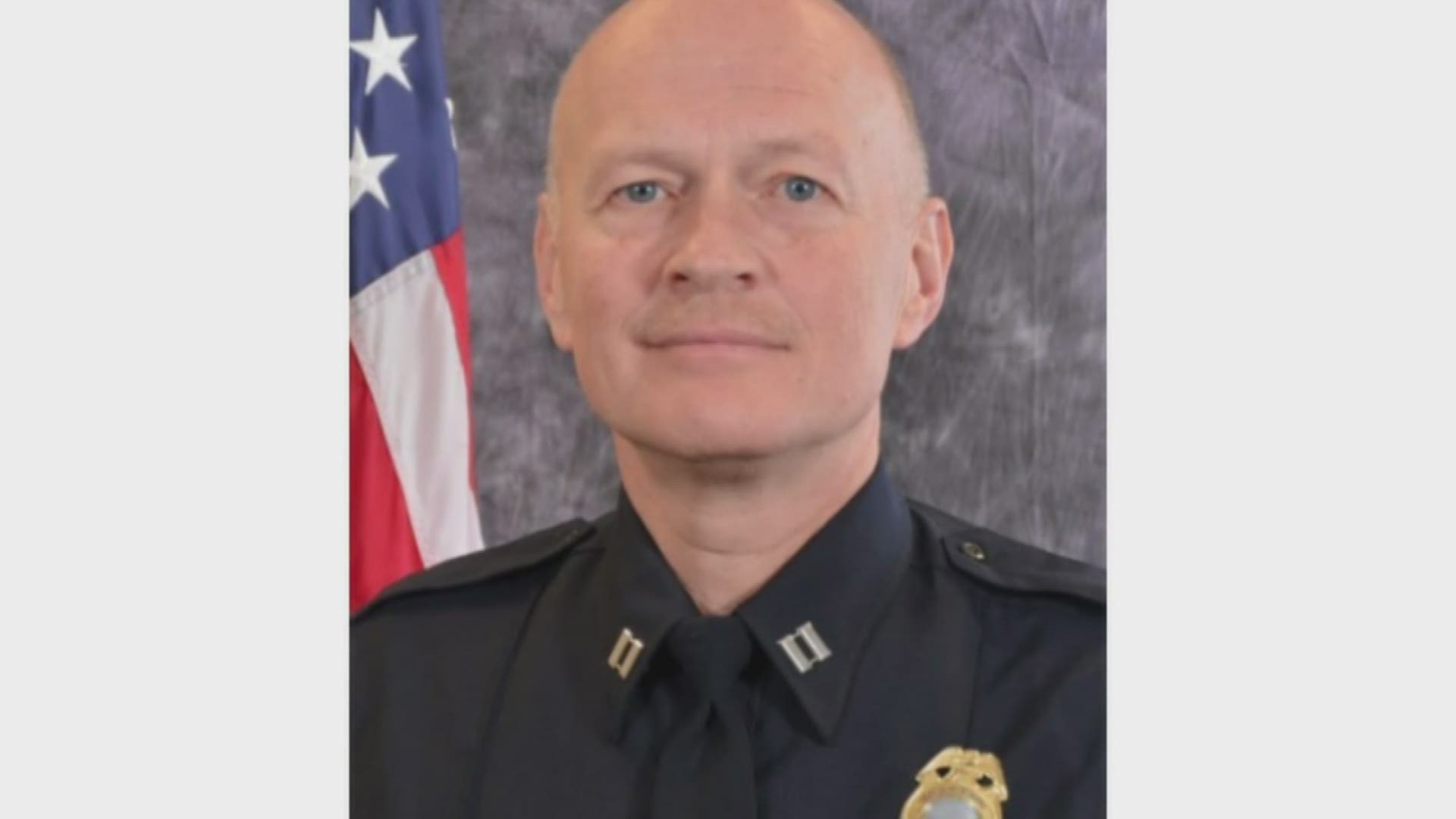 GRAND RAPIDS, Mich. - The Grand Rapids Police Department will reinstate a decorated police captain who called immigration officials about an American citizen and veteran, who was arrested last fall after getting onto a hospital roof.

Capt. Curt Vanderkooi was placed on administrative leave Feb. 28 while an internal investigation was conducted.

Results of that investigation, released Friday, cleared Vanderkooi of wrong-doing. He returns to work on Monday, April 29.

RELATED: ACLU says police messages paint a different picture of how a veteran was detained by ICE

Jilmar Ramos-Gomez, a 27-year-old U.S. citizen and U.S. Marine Corps veteran, was arrested Nov. 21 after he was found trespassing on the helipad at Spectrum Health Butterworth Hospital in downtown Grand Rapids.

His actions were investigated as a possible terrorism threat due to the risk to federal airspace, police said. However, on the day of his arrest, a detective determined Ramos-Gomez's behavior was most likely the result of Post Traumatic Stress Disorder.

While Vanderkooi did not violate departmental policy, he will be coached on what was described as "findings of his discourtesy'' in his email correspondence with ICE.

The Grand Rapids Police Command Officers Association responded to Vanderkooi's reinstatement Friday by saying they are pleased he will be returning to his full duties.

"He, once again, has been exonerated even after an unprecedented investigative process,'' the GRPCOA said in a news release. "Although we are concerned with the length of time it took to reach this resolution, we are pleased with the findings.''

Vanderkooi, a 39-year veteran, "did not violate any policies, procedures, or laws,'' the release says.

“It is outrageous that the GRPD would conclude that Captain Vanderkooi should return to work when he clearly lied when claiming he asked about Mr. Ramos-Gomez ‘status’ only because he was concerned about potential terrorism,’’ Aukerman said in a statement. “In fact, the records are quite clear: Captain Vanderkooi regularly coordinates with ICE.”