Komonte Hassel, 17, has been in the hospital for the last month, after experiencing sharp pains in his side. 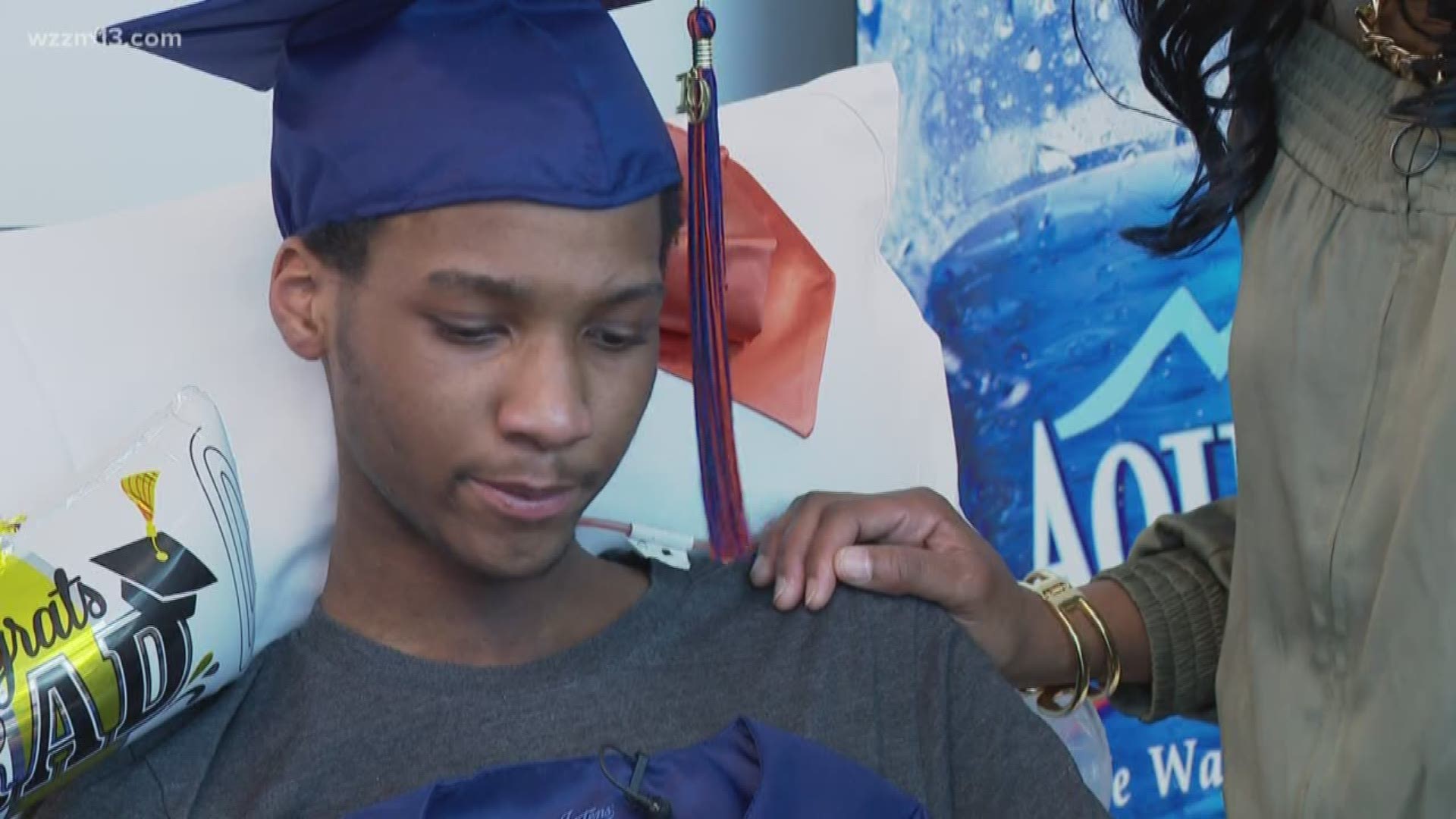 As his classmates walked across the stage this week donned in their caps and gowns, Komonte Hassel remained bedridden at Helen DeVos Children's Hospital.

Complaints of sharp pains in his side led Hassel's mother, Michelle Ivy, to take him to the hospital on April 18. Doctors are still not certain what caused the bacterial infection, but it's resulted in eight surgeries so far.

"When I first got in the hospital, that's all I was thinking about. Like, what if I don't make it to graduation" Hassel said on Friday.

When his fear became a reality, his family says Hassel was distraught. Not knowing that his family, nurses and teachers had a different plan in mind.

Hassel's eyes welled with tears as Hill read her graduation speech followed by speeches from his two senior advisers, Ashley Tardy and Joseph Westover. Hassel was given a cap, gown and diploma of his own, and applause filled the room as he switched the tassel.

"They all came to support me...I didn't know that many people liked me," Hassel said with a laugh.

Principal Hill said the high school staff and the 32 graduating students were all eager to make this ceremony happen.

"His family, you know, they are thanking us, but we are thanking them to allow us in their space to share this moment," Hill said.

Hassel will remain in the hospital as he continues to heal, but he has plans of attending Grand Rapids Community College in the fall.

"When you see tubes and stuff coming out of all different sides of your child, you want to break down," Ivy said. "But, with the teams of Helen Devos, we made it."