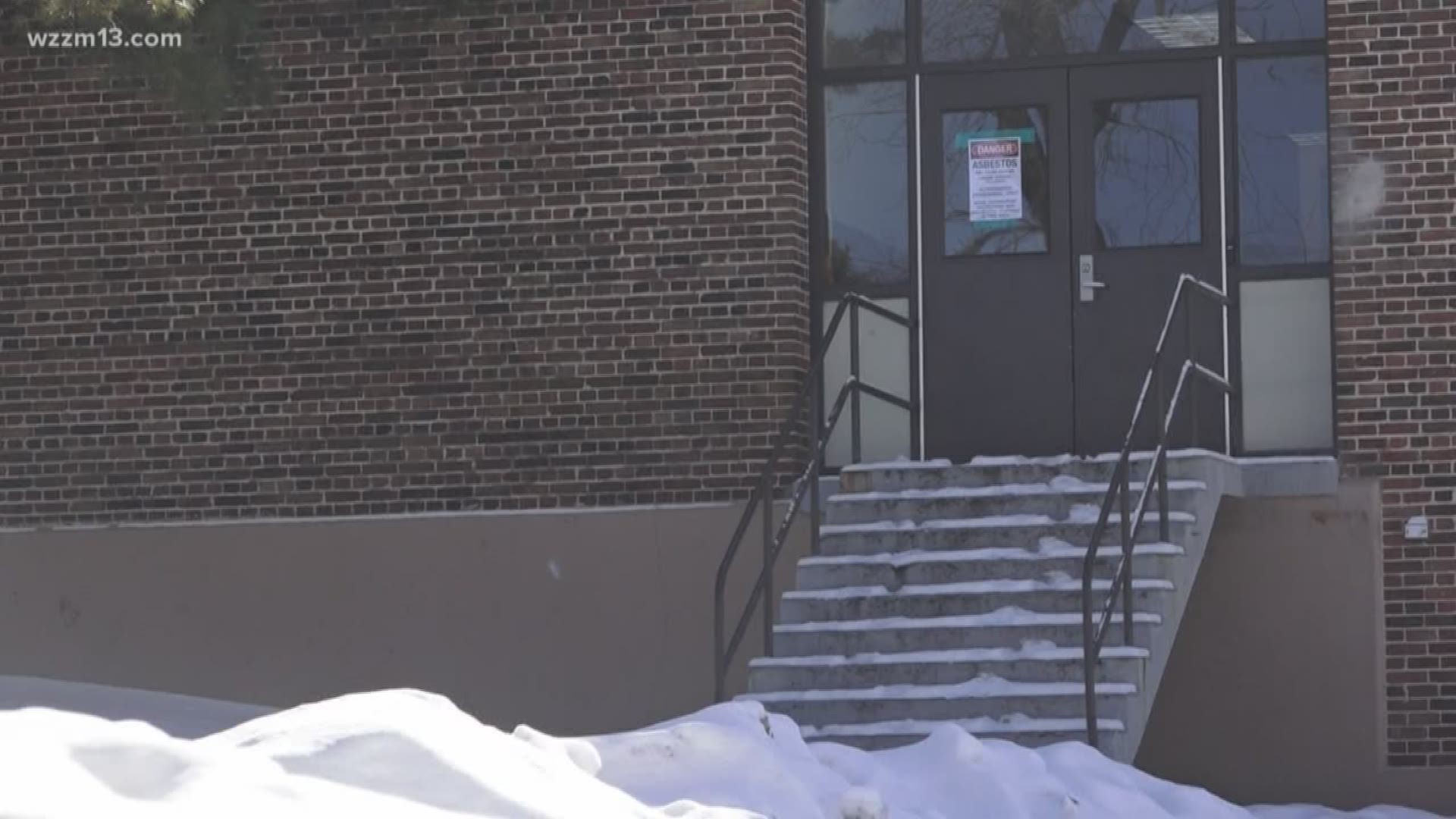 GRAND RAPIDS, Mich. — Hundreds of students in Grand Rapids have not been able to return to their school for nearly a month after an asbestos scare.

"As you can imagine as parents we are really eager and anxious to find out results, to find out how much exposure there was, to find out if there was any exposure," said Jamie Hedges, a parent.

Within 72 hours, all 400 students and staff at North Park were moved to GRPS University, which was quickly turned into a space that could house hundreds of students. Initially some thought the move would only last a few weeks, but on Tuesday the district announced that the timeline has changed.

"Right now our messaging to parents is we should anticipate that they will be at GRPS University for the remainder of the school year," said Helmholdt.

Initial tests for asbestos came up negative but the district says they need much more testing. The Kent County Health Department is involved and their challenge is finding solid research on asbestos effects on children.

"The bulk of the people who have been exposed to asbestos over the years from the data that we can find have been adults," said Steve Kelso with the Health Department.

GRPS has hired Nova Environmental out of Ann Arbor to help lead their efforts.