On Dec. 16, 1944, U.S. Army PFC Robert H. Shields fought in The Battle of the Bulge. At 95, he's finally recognized for his heroism with the Bronze Star Medal. 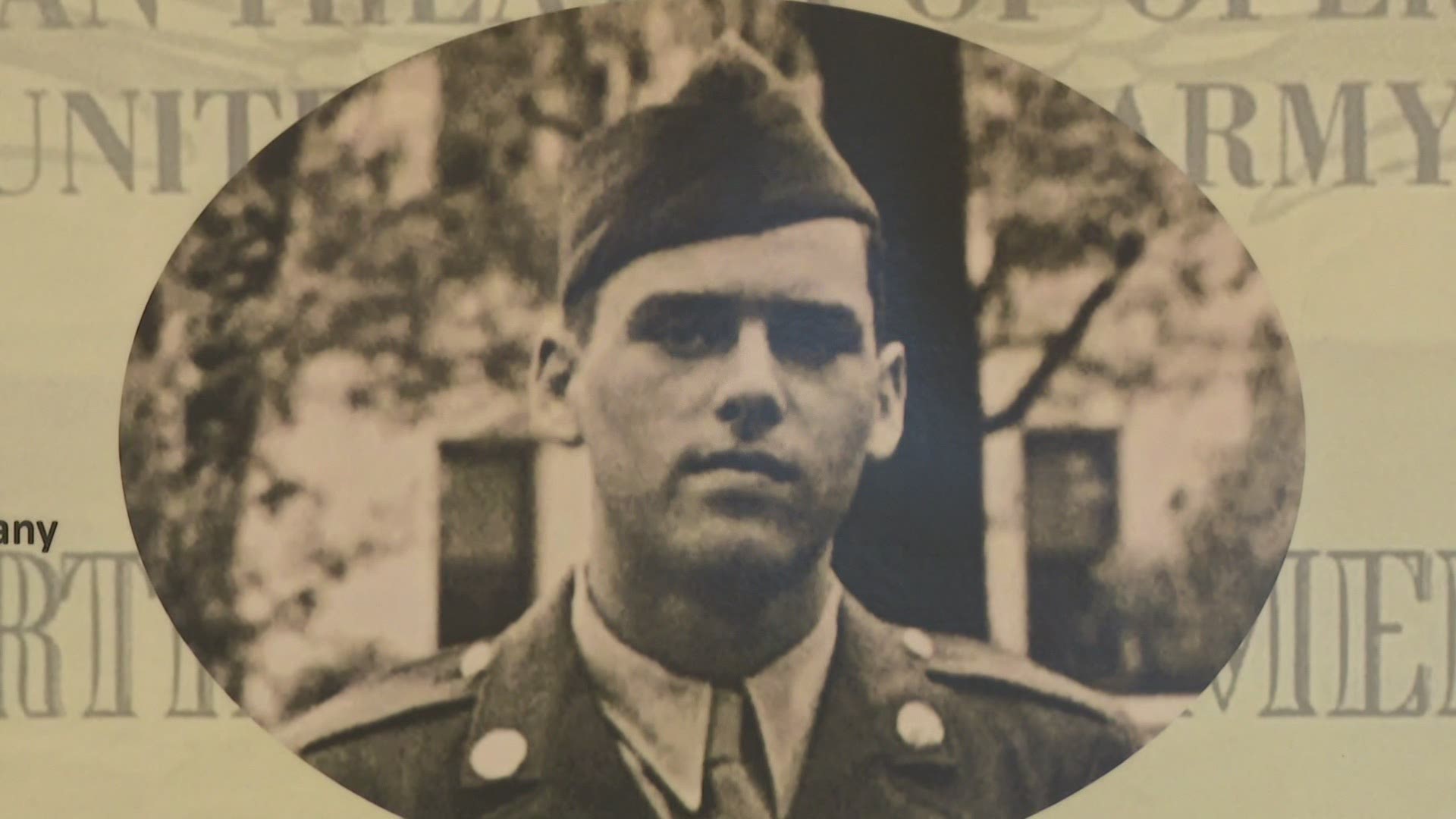 GRAND RAPIDS, Mich. — According to the Department of Veterans Affairs, around 400 of the remaining 400,000 World War 2 veterans die every day.

By the year 2036, it's estimated there will be no living veterans from that war left to recount their experiences, which is why it's important to honor them when we can.

On Friday, a Grand Rapids veteran was awarded the Bronze Star Medal for his heroic service during World War II.

U.S. Army PFC Robert H. Shields was a member of the US Army’s 106th Infantry Division, 424th Regiment “H” Company, and was right in the pathway of the German 5th Panzer Army when the Battle of the Bulge began at 0530 hours on December 16, 1944.

Credit: 13 ON YOUR SIDE
77 years after fighting in 'The Battle of the Bulge' in World War II, U.S. Army PFC Robert H. Shields finally received his Bronze Star Medal.

"We could hear those big German tanks roaring and moving around," said PFC Shields, 95, recalling his World War II experience as if it happened yesterday. "I knew they were going to be attacking and sure enough, they did."

The Battle of the Bulge was a major German offensive campaign on the Western Front during WWII. It was launched in a densely forested region in Belgium. The offensive was intended to split the Allied lines, allowing the Germans to encircle and destroy four Allied armies and force the Western allies to negotiate a peace treaty.

"The whole German line attacked," recalled PFC Shields. "I was pumping mortar shells out there."

"There were busted trees all over and splinters flying away," said PFC Shields. "One guy I knew very well, his body was up in a tree."

The following day, the enemy scored direct hits on the sections mortars as well as the section leader, but PFC Shields led a team that remained in position and provided mortar and small arms fire through December 17, when the 424th Regiment made a successful withdrawal to St. Vith, Belgium.

At St. Vith, the 424th Infantry operated with other units under the command of the US 7th Armored Division and successfully resisted German attacks, thereby significantly slowing the German advance.

Under orders from the Allied leaders of Combat Command-B 7th Armored Division, the US Army resistance gave up St. Vith on December 21, 1944.

All infantry members of the 424th who received the Combat Infantryman Badge were also later awarded the Bronze Star as a unit.

But, for some reason, PFC Shields had to wait 77 years to get his.

"I knew that I was awarded [The Bronze Star Medal] but I never got it," he said. "I thought, if I tried to call the United States Army in Washington DC about a medal that was given in 1944, whoever I would be talking to would hang up, you know."

In late 2020, PFC Shield's niece, Mary Prophit - who is a Retired Colonel with the U.S. Army - was sifting through some old photos at her home in Washington State.

"I started having questions about my parents, and I thought, 'Well gosh, Aunt Bev and Uncle Bob might know, so I called them," said Mary.

During that conversation, Mary asked Bev how she and Bob were doing, and Bev said, 'We're having trouble getting anywhere with Veterans Affairs in terms of getting Bob's war medals."

"I started working with Veterans Service Officers, so I asked them, 'Hey, can you help my uncle in Michigan, and so they did.'"

Mary was able to get a Bronze Star Medal for her uncle and began reaching out to people in Grand Rapids to arrange a ceremony, beginning with St. Stephen Catholic Church, in East Grand Rapids, where PFC Shields is a member.

Credit: 13 ON YOUR SIDE
77 Years after fighting in World War II and the 'Battle of the Bulge,' U.S. Army PFC Robert H. Shields has finally received his Bronze Star Medal.

On Friday, March 12, 2021, at 11:00 a.m., a current officer serving in the U.S. Army, along with many of PFC Shields' family members and friends, gathered at St. Stephen Catholic Church to support him as he finally received his Bronze Star Medal.

The Army officer read PFC Shields' citation, then pinned the Bronze Star on him.

Credit: 13 ON YOUR SIDE
Mary Prophit (left) made sure her uncle, U.S. Army PFC Robert H. Shields (right), was awarded the Bronze Star Medal for his WWII heroism.

Mary flew all the way from Washington State to be present for her uncle's big honor.

"If you read the citation of what he did and what he endured to earn this, it's remarkable," Mary said. "For him to be able to be recognized, it means the world to me." 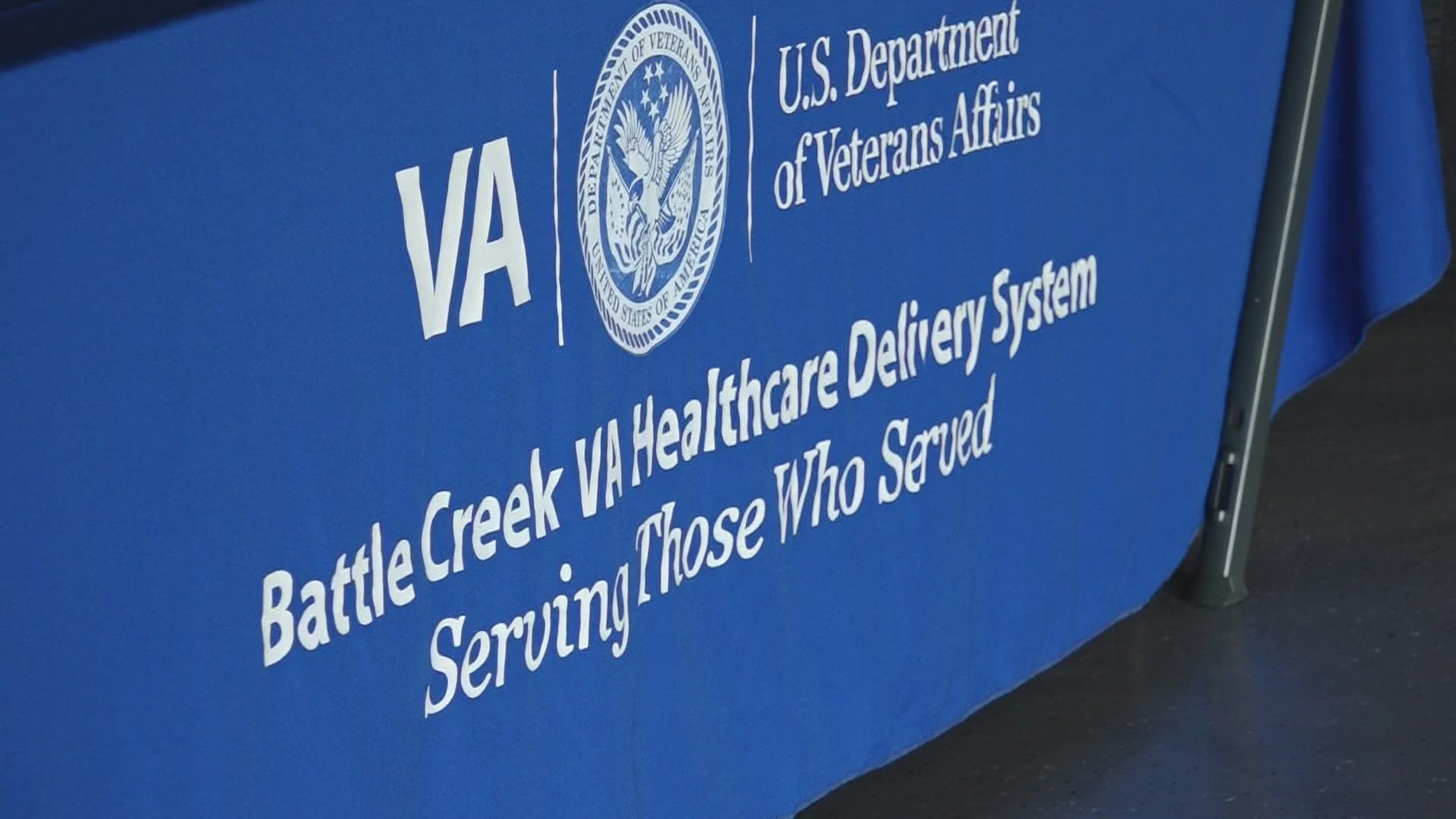