Three commissioners voted against a proposal that would've allocated $500,000 to the Grand Rapids Police Department. 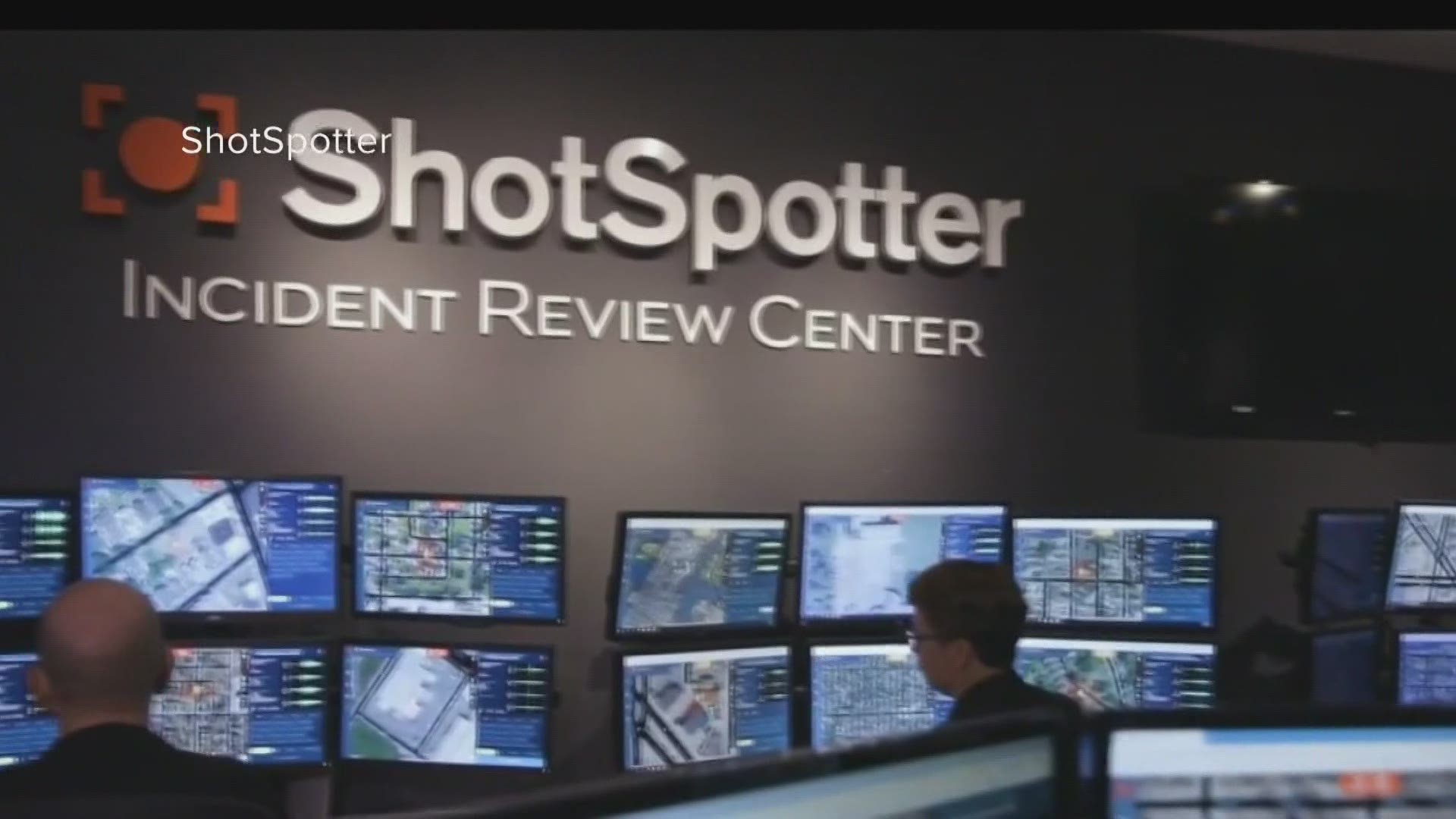 GRAND RAPIDS, Michigan — A proposal to allocate half a million of Kent County's federal coronavirus relief dollars to the Grand Rapids Police Department failed in the city commission Tuesday in a split 3-3 vote.

Initially, the $500,000 crime prevention grant was meant to go toward ShotSpotter, a gun fire detection technology, as a means of addressing the increasing gun violence in the city that leaders have attributed in part to the COVID-19 pandemic.

Grand Rapids has had over 30 homicides this year, a number not seen since the early 1990s.

But, Kent County later clarified that ShotSpotter would not be an appropriate use of the funds. The federal dollars must be spent by the end of the year, which would not be doable under the 2-year lease agreement with ShotSpotter.

So, GRPD proposed that the money go toward other parts of the budget in order to make room for "urgently needed gun violence reduction strategies." Attached to the proposal was a memo on ShotSpotter, and the department's intention to proceed with the implementation of it.

Community members and groups have spoken out against the implementation of ShotSpotter, which relies on microphones in neighborhoods to alert police when gunshots are heard, and the city noted receiving several hundred messages in opposition last week.

"I think it's been said that the community is confused, and I beg to differ I actually think that we're the ones confused," said Third Ward Commissioner Senita Lenear, before voting no on the proposal. "Because we're saying one thing this week that we didn't say last week, even today we're saying that we're decoupling ShotSpotter from the dollars, yet ShotSpotter is heavily written within the memo that we're about to vote on."

First Ward Commissioner Kurt Reppart said he did not know why the conversation around ShotSpotter was continuing.

"I don't know what more we think that we will ascertain from additional community engagement," he said. "I personally have not received a single communication in favor of utilizing that technology, not even one."

Deputy Chief David Kiddle told commissioners he believed the negative community response wasn't indicative of how everyone in the community felt.

"I personally believe you're hearing from an organized group that wants to defund the police department," Kiddle said. "I'm not convinced you're hearing from those residents that are affected by gun violence daily because we are hearing daily that neighborhoods want something done about these gunshots. And this is one way, again just one way, that we believe we can have an impact."

Lenear, Reppart and Second Ward Commissioner Milinda Ysasi all voted no citing concerns on the the lack of clarity regarding how the money would be spent and the negative responses they'd received from community members regarding ShotSpotter.

All three commissioners indicated that they'd rather see investment in community centered approaches to crime prevention.

RELATED: City commissioners to vote on use of ShotSpotter in Grand Rapids

City leaders put off a vote on ShotSpotter back in 2015. It's been brought back up through GRPD's newly released three-year strategic plan and in response to this year's gun violence.

The CARES Act funds turned down by the city will now go back to Kent County for consideration on how it can be spent.

An additional $500,000 were allocated toward a violence prevention fund, and the recipients of those grants are expected to be announced in the coming days.